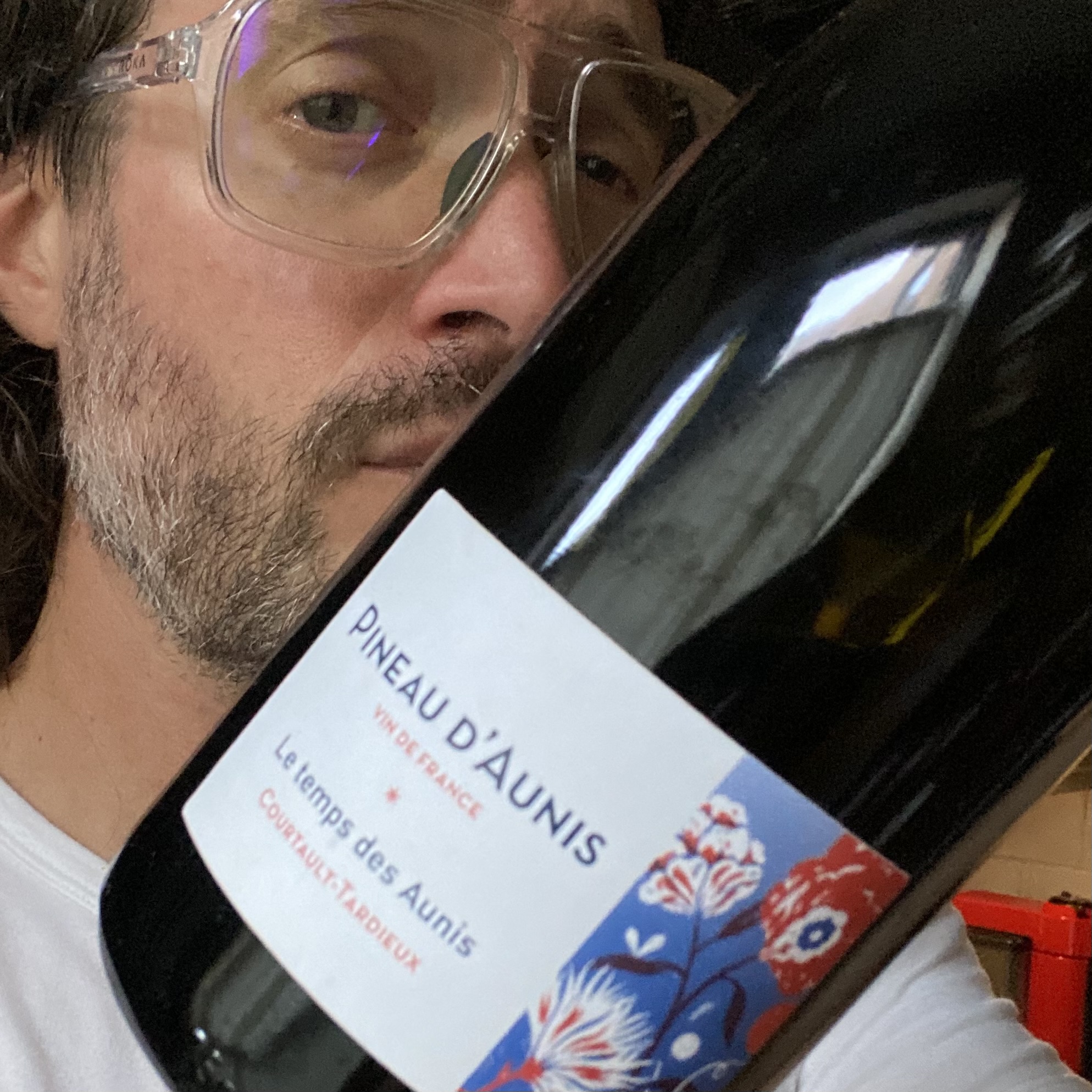 I was trying not to drink the other night, something I’ve tried to be a lot better about during the week.

To some of you, that may sound crazy that a wine merchant wouldn't drink on any given night, while some of you might find it insane that someone should even have to make themselves not drink a few nights per week.

Now, when I say ‘drink’, I’m not saying ‘tie one on’, I’m just saying refraining fully from even a post-closing beer or glass of wine with dinner for a few nights to attempt even out the weekends, etc.

Anyway, last Tuesday was one of those nights where I was trying to go water-only, but then a box of samples showed up with one of my deliveries and, since Raphael was about to be off for two days, it was our only chance for me, Raphael and Ray to taste the samples together.

One of them was the Pineau d’Aunis Le Temps des Aunis of Courtault-Tardieux, a wonderful producer of organic value reds and whites in the Touraine.  I’ve always had a soft spot for Pinuea d’Aunis, which I’ve always thought of as Cabernet Franc’s edgier cousin, in that it displays a lot of similarities to Franc, but with a sterner, more aggressively peppery backbone.

This one perfectly balances that savory/peppery edge with beautifully soft, friendly dark fruits and a refreshingly light/medium weight.  It had just come out of the fridge about 30 minutes earlier, so it was at perfect chiller-red temp.

I had every intention of spitting my taste in the bucket, but as soon as it hit my palate in all its soft, refreshing, peppery perfection...

I mean, what was I supposed to do, pour it down the drain?