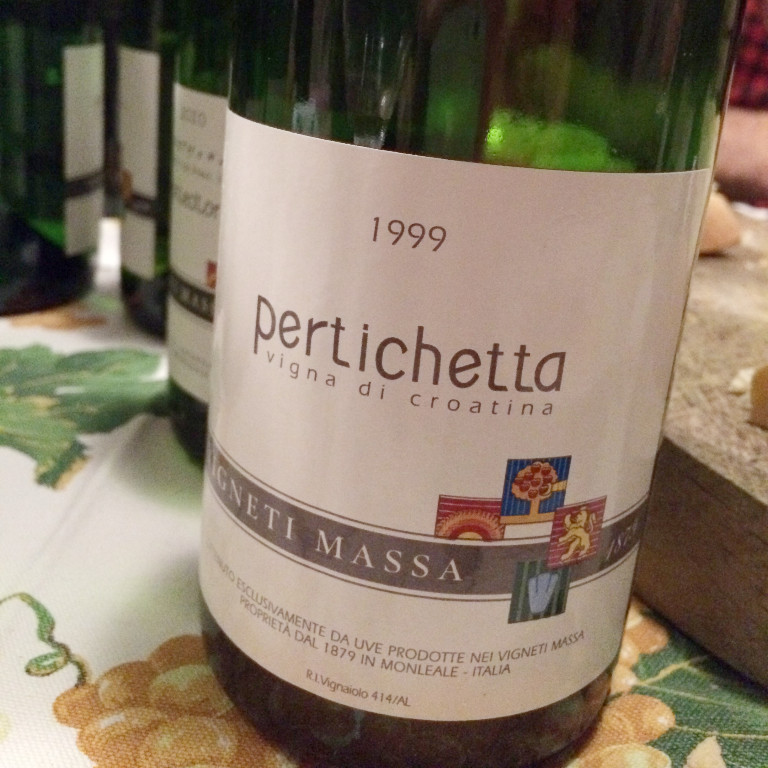 Walter Massa: The Mad Master of Croatina  (Round Two of the Massa Series)

Back in February, I sent the below newsletter regarding the Barberas of Walter Massa, the incredibly charismatic (and visionary) winemaker of Monleale in the Colli Tortonesi zone of Piedmont.  (I've included it below just so anyone who missed it the first time can get some of the background on Walter.)

The response to it was huge, so I'm really excited today to be offering the other half of what he does best - his Timorasso Derthona (white) and Croatina Pertichetta (red).

While the Barberas perhaps garner the most attention, for me it's the Derthona and Pertichetta that are really, truly exciting. 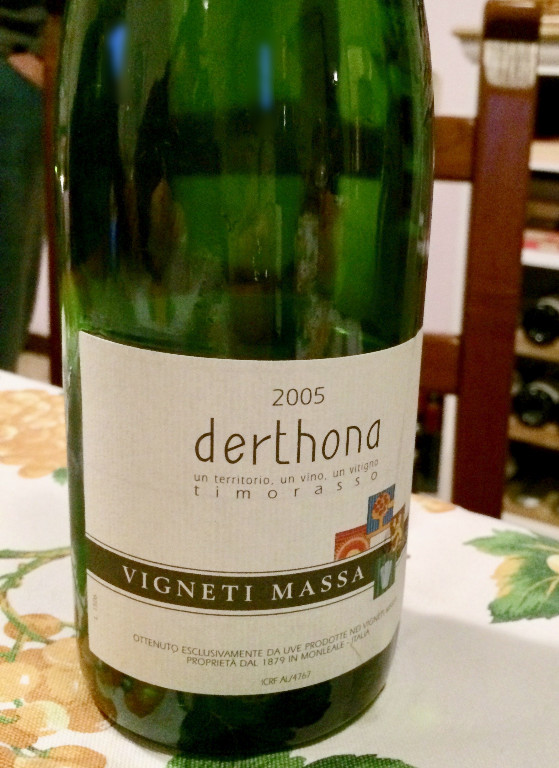 When it comes to Piemontese whites, most people know Gavi, and many people know Arneis, but Timorasso is off the radar for most wine drinkers, and examples of it (especially that we get here in the US), while increasing, are still rather few and far between.  Among these examples NOBODY COMES EVEN CLOSE to what Massa does with this grape.  In fact, I have zero problem saying that his white wines are the most intriguing and delicious white wines from Piedmont...made of any grape.  Period.

The Derthona used to be his 'entry level' Timorasso before he began producing the young-vine Petit Derthona.  But to to refer to it as 'entry level' is plain wrong.  Yes, it was the least expensive of his whites (his breathtaking single vineyard Timorassos run in the $60-80 range), but the Derthona ages right along with them (or any other white, from anywhere in the world, for that matter).

It starts out as a firm, textured wine with a very interesting floral personality.  After a year or two, the wine gets, somewhat paradoxically, a lot more focused and citric.  It's this phase I personally enjoy a lot.  A few years after that, though, and Derthona gets into that rarefied territory that's really cool, but really hard to describe.  If any of you have been fortunate enough to taste the old white wines of Fiorano, it's that kinda thing...that flowery, creamy, herbal, cheese-y thing.  I could also just it's #@%*ing amazing, and leave it at that.  The only way to know is to just buy some and forget about it for at least 5 years.

Today's 2016 is as good of a young Derthona that I can recall, and it was far and away my favorite of the recent vintages of the Derthona that I tasted when Walter was in town in February.  It's so fresh and crisp, and shows so much balance, that I'm absolutely putting aside a few bottles for myself!

The Pertichetta, on the other hand, might be my favorite wine he makes.  There are only a handful of 100% Croatina on the market and, again, Massa's is, for me, head and shoulders above the rest.  Where the Barberas are all about luscious, blazingly-bright red fruit, the Pertichetta shows a darker, more structured and intensely mineral profile.

When we were visiting Massa (see below) we also tasted Pertichetta going back to 1990 and it was equally eye-opening, as you can imagine.  For me, the 1990 Pertichetta was my favorite wine we tasted that day.  The smoky, herbaceous, mineral-drenched flavors it put out were totally captivating.  Walter was pulling corks all over the place and kept pouring new wines at a blinding pace, but I twice waived him off while I was lost in the glass of '90.  (He even commented on the role-reversal of an American telling an Italian to slow down.)

Today, we're dealing with the lovely 2012 Pertichetta and it's a fantastic example of this wine.  The pure, dark fruits are laced with all manner of mineral, savory notes that show a hint of smokiness lurking at the edges, waiting to emerge with more time in bottle.

Both of these wines personify the best of the 'spirit' of wine - they represent the culmination of a decades long commitment and vision, they are fabulous values, they are unique in the entire wine producing world in terms of both flavor and singularity and, most importantly, they are delicious wines that deliver joy with every sip.

That's always what it's about for me.

BOTH WINES ARE SET TO ARRIVE NEXT WEEK!