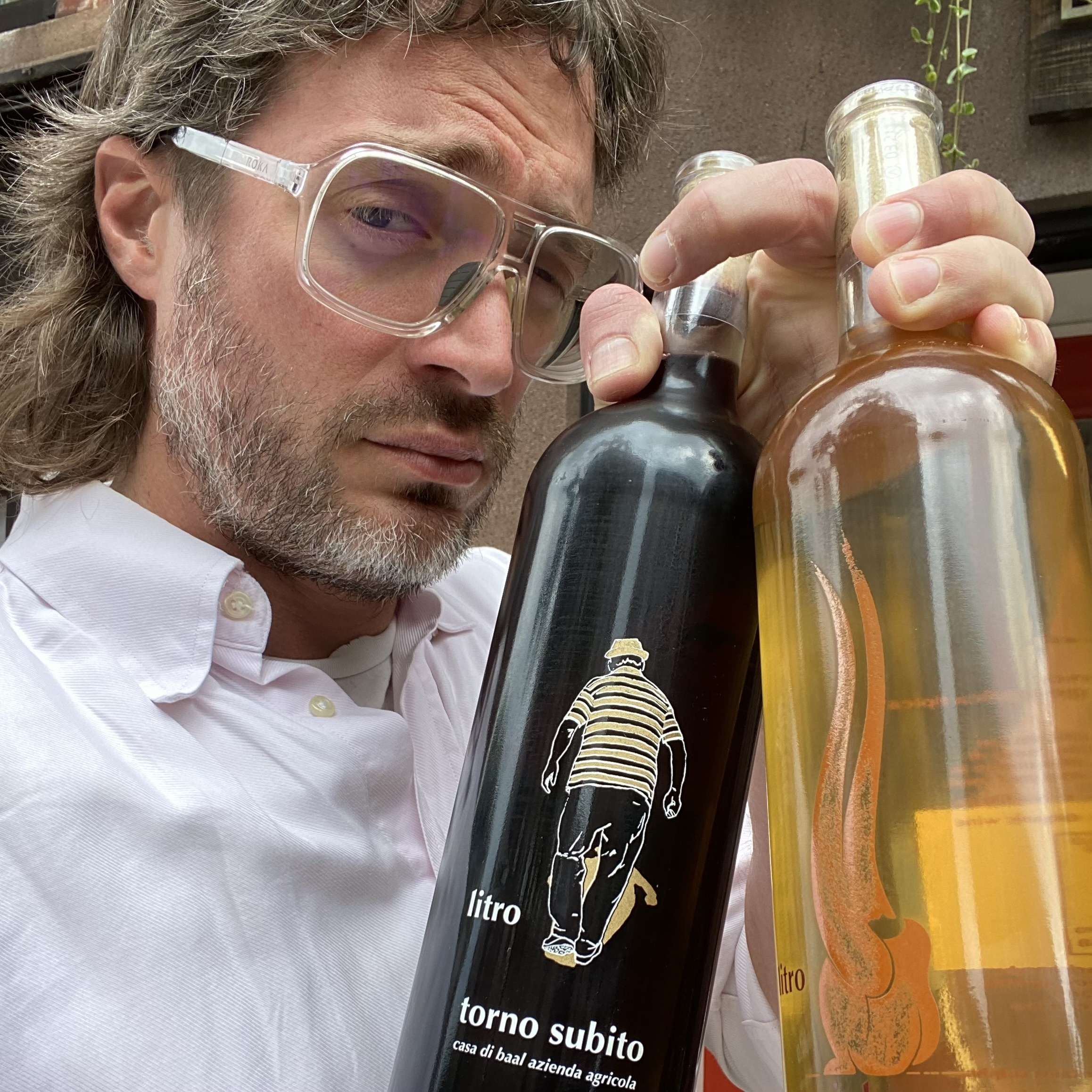 A Fiano/Falanghina blend, with four days on the skins and seven months in anfora.

A Barbera del Sannio, made semi-carbonic and also aged in anfora.

And, no, Barbera del Sannio has nothing to do with its Piemontese namesake.

These two positively delightful, liter-bottled wines come from the tiny producer Casa di Baal, located some 20 miles from the coast, in the hills north of Salerno.

Olive Oil producers since the '70s, Annibale and Anna Maria Salerno's (yes, they're the Salernos from Salerno) estate is also a biodynamic farm, producing just about everything they consume there.  After supplementing the income from their olive oil by selling bulk fruit from their vines of Barbera and Malvasia for years, in 2006, at the behest of their children, the Salernos began to produce their own wine under the name Casa di Baal.

While all of their wines would certainly fit under the 'natural' header in terms of production, these two are definitely the most 'natural' in terms of style.

Even though it only soaks on the skins for four days, the Bianco Marialonga definitely drinks like a full-on orange wine, due in no small part to its stint in the anfora, which serves to round out the texture even further.

The end result is a juicy, pit-fruited, briny/mineral-y delight that gets more and more herbaceous and smoky as it stays open.  It's easily one of the most drinkable skin whites I've had this year.

Barbera del Sannio is known for being a lively, spicy and highly aromatic grape, and I couldn't describe the Torno Subito any better...well, except I'd add a few more words like, say, 'juicy', 'refreshing' and 'insanely enjoyable'.

This is a chiller red that, with said fragrant/aromatic characteristics, can transition from accompanying delicate, to spicy, to meaty flavors (and everything in between) with the greatest of ease.

...and since I'm also a wonderfully quirky Italian gem, I can't recommend them enough.