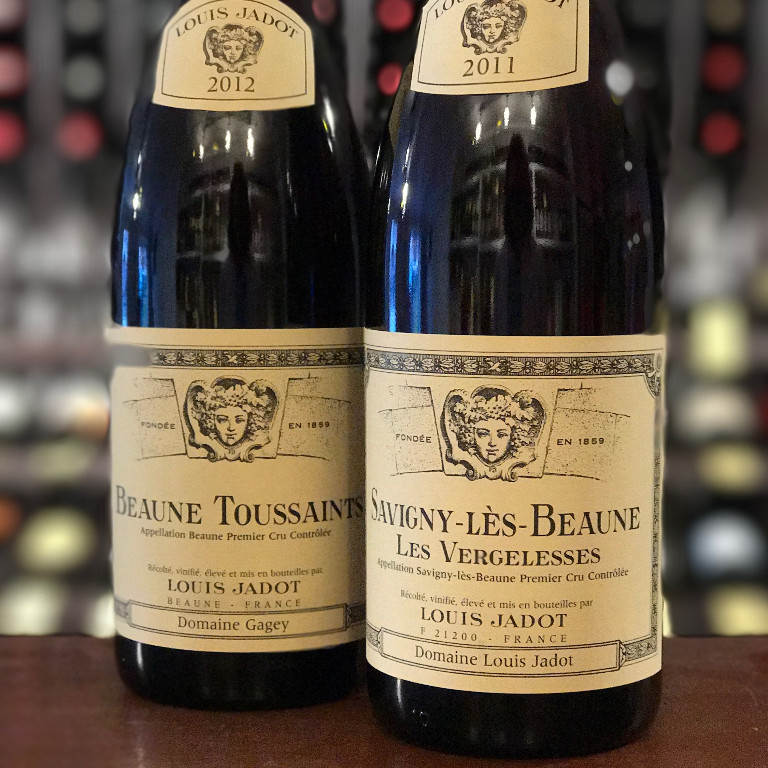 Two Gems from an Oft-Forgotten Source

We've had a nice streak of pleasantly cool weather here in NYC lately and it's already got me ready for the Fall.

So I thought I'd start the best season of the year off with a great deal on two terrific wines from a producer who many of you have probably forgotten about.

Talk to any old-school merchant or Burgundy fan and the name Jadot will be held in perfectly high regard.  Go back just a few decades and Jadot more or less WAS Burgundy, as far most US consumers were concerned.

For the younger folks in the NYC wine bubble, however, a name like Jadot represents the stodgiest of the stodgy.  The mere sight of the beige label conjures images of supermarket shelves lined with Beaujolais Villages or tourist-trap factory restaurants with bow tied servers carelessly dumping wine into patrons glasses.

To an extent, that's a fair association - and, yes, Jadot does themselves no favors by making their Musigny nearly indistinguishable from said Beaujolais Villages - but anyone who's honest with themselves knows that there are always gems to be found in Jadot's extensive lineup.

Take today's two wines, for example.  They both are -

Already a few vintages old and drinking beautifully and showing nice development at that.

The Savigny les Beaune 1er Cru Vergelesses 2011 is an outlier from the problems that have plagued the 2011 reds (and I'm very sensitive to the 2011 greenness).  As a matter of fact, it is as perfectly enjoyable a 2011 as I've had...period.

It's very high-toned and lifted and is already showing some very nice secondary character.  The perfectly elegant red fruits are very streamlined and glide across the palate, parking nuances of earth and baking spice onto waiting tastebuds.  It's a perfect combo of ease and complexity.

2012 is a good vintage that just hasn't caught on.  Speaking broadly, the wines are darker and denser and have terrific structure.  At the top-end, the wines really require some serious patience, but for well-made wines in the middle tier, they are already showing a lot of personality.  The Beaune 1er Cru Toussaints 2012 fits exactly into that category.  It's dark, generous and seamless right now, showing really juicy aromatics and some lovely underlying garrigue.  Yes, there's plenty of development built into this wine for at least the next 3-5 years, but it's pretty damned good right now.

It's no secret that Burgundy's biggest challenge over the last five or so years has been pricing.   High demand and the cost of land, coupled with multiple years of difficult yields keeps pushing prices ever-higher.

With many Bourgone bottlings eclipsing $40 and many Village bottlings approaching $100, finding proper 1er Cru wines from major appellations for $39 is a pretty sweet thing if you ask me...