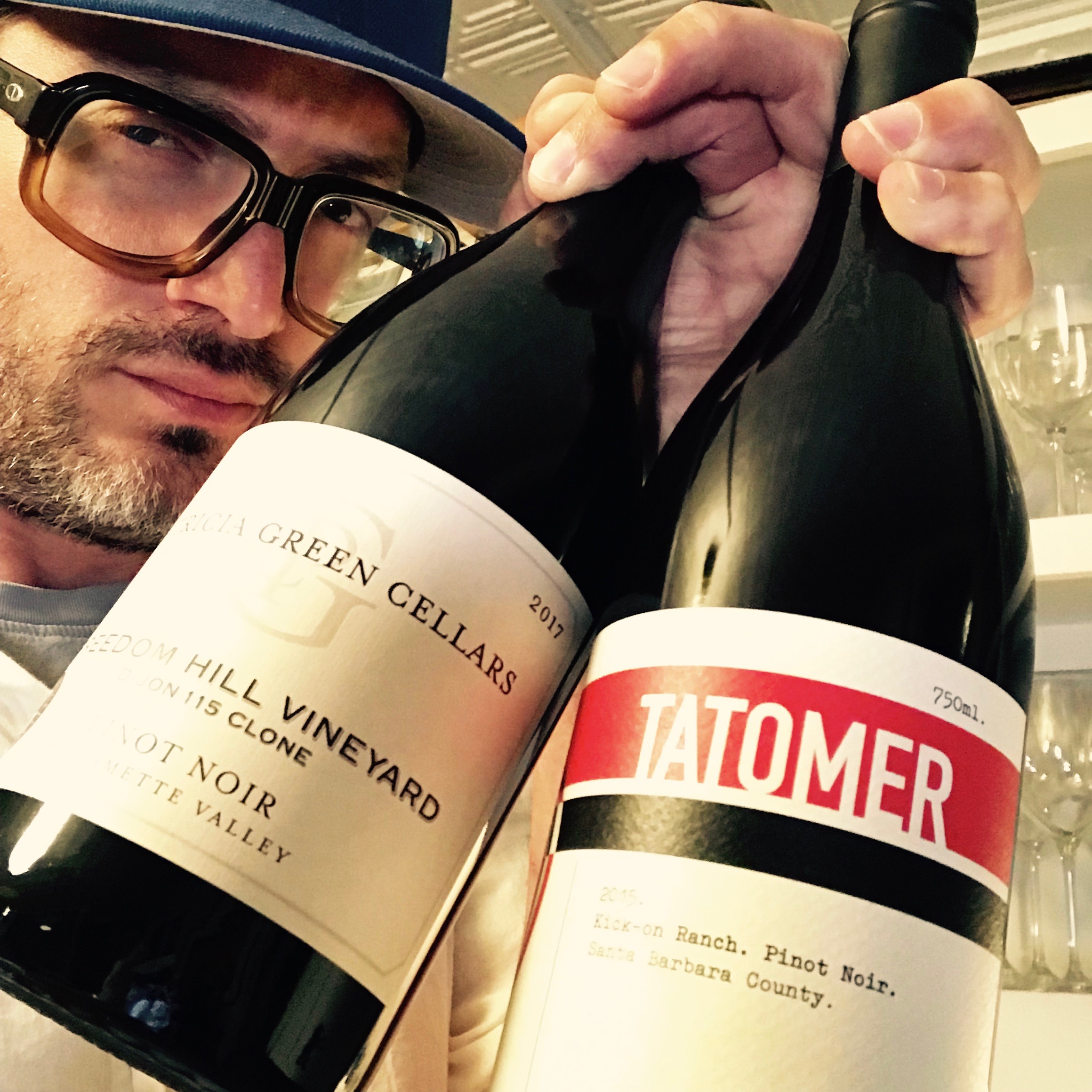 There are a lot of things that we associate July and August with - warm weather, light, fresh foods, lazy Summer days - but one of the best aspects of the dog days are wine deals!

There are so many things that make Pinot Noir so special, not the least of which is the fact that it's a red for all seasons.  It does just as well with light chill when it's hot outside as it does alongside warming foods in the Winter.

Both of them are being offered on a really nice deal today.

The Tatomer Pinot Noir Kick-on Ranch Santa Barbara County 2015 is a bright-red, juicy, textured and nimble glass of red that perfectly expresses the sunny, aromatic nature of a classic SB Pinot, but also treads into that Teutonic Wine Co realm where it also celebrates its quirkier elements without hesitation.  There's a good reason for that - similar to Barnaby Tuttle's (of Teutonic) mission to craft German and Alsatian-styled wines in Oregon, Graham Tatomer returned to Santa Barbara in 2008 after working multiple harvests in Austria, where he made it his mission to craft done-dry Riesling, Gruner and Pinot with the racy, transparent nature of the Wachau, but expressed through the lens of Santa Barbara.

He's on to something, I'd say.  Underneath the ebullient, sunny Santa Barbara red fruit lurk all kinds of savory/vegetal elements that, while not super-pronounced, add a wonderful twist to it.  The bright acidity on the finish keeps this rascal of a wine light and refreshing...in other words, it's begging for a chill and a good time.

The Patricia Green Pinot Noir Freedom Hill Dijon 11 Clone 2017, on the other hand, is the polar opposite, and that goes way beyond the general differences you'd normally associate between a deep, rich, earthy Willamette Pinot and a bright, aromatic one from Santa Barbara.

Yes, it's a dark-hewn, deep, earthy Willamette Pinot, with the classic notes you generally expect from such an entity, but this is about as tightly-knit and firmly structured as Willamette Pinot gets.  The broad, dark aromas and flavors quickly taper into an incredibly focused finish with a chiseled, mineral grip.  This is pretty serious stuff that does open up nicely with some air, making it perfect for those of you looking for a Pinot to go with your steak.

If I'm being honest, though, you'll be nicely rewarded if you come back to this one a couple years from now, which will allow it to unlock all that nuance that it hints at now.

(Snaps and points both fingers at you...)