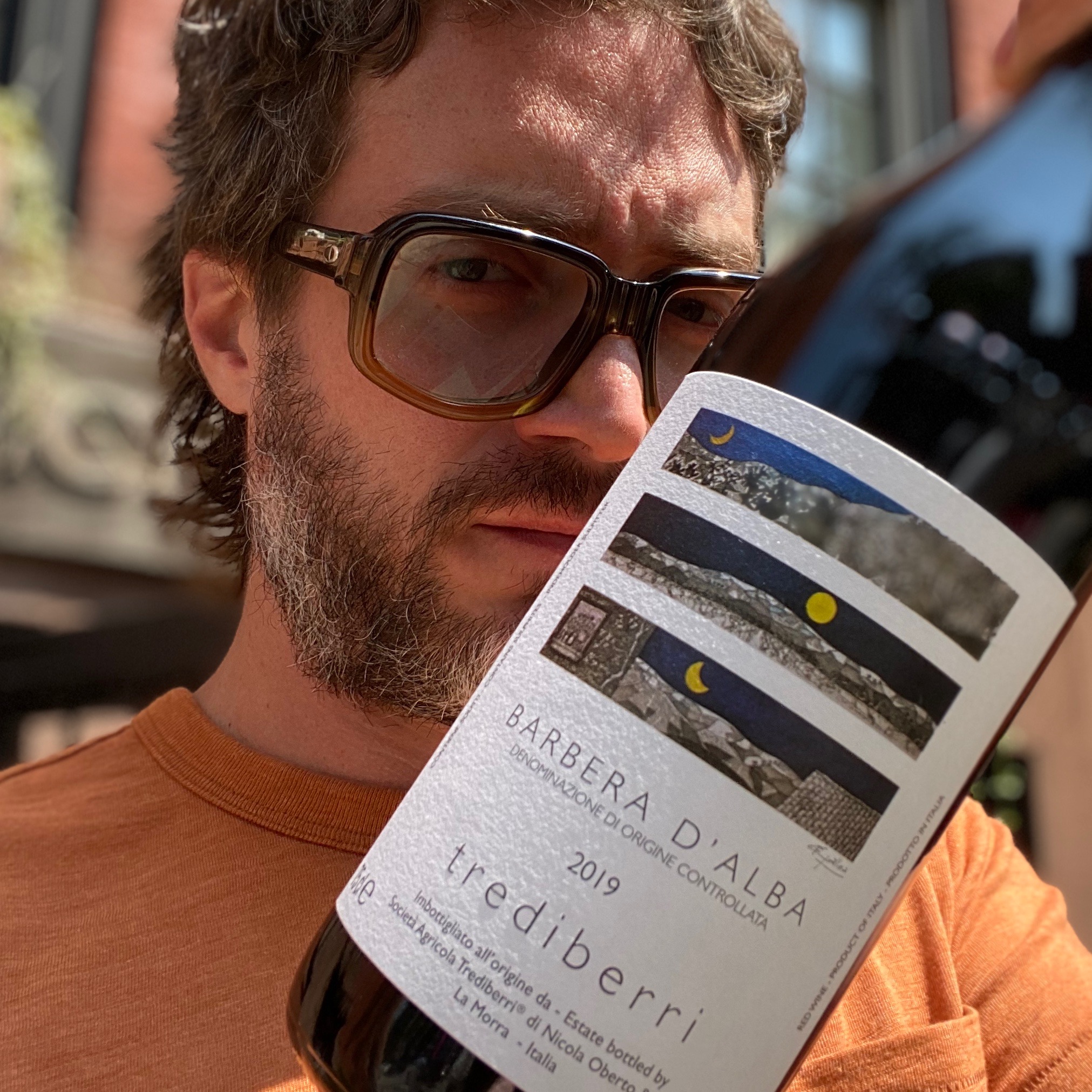 Trediberri - A Producer on the Rise in Piedmont

The last large gathering that I (and quite a few of you) attended before things went crazy, was the Gala Dinner of the Festa del Barolo on January 31st.

Heading into the event, there was a lot of buzz about a new producer called Trediberri and its young proprietor, Nicola Oberto.

The estate's prime holding is in the Berri Cru, in the hamlet of the same name, but they also have a few hectare in Rocche dell'Annunziata and Torriglione, as well as contracts for some Dolcetto and Nebbiolo in the Southern Langhe.

Nicola, his father Federico, and their friend Vladimiro acquired their first piece of Berri 2007 and 'The Three from Berri' (Tre di Berri) was born.

Their first releases were from the 2011 vintage.

There's a lot about them that feels very different compared to what we all picture when we think of Barolo.  There is something new about them...and not 'new' as in 'they're a new producer', but 'new' as in they have a completely different energy about them.

While Barolo is, by and large, still steeped in history, and rightly so, these three clearly have a different approach.

They even say as much on their website - We are a young, artisanal family winery.

We have no ancestral coat of arms depicting rampant horses and fluttering ensigns. We have no history and that is fine by us: we like talking about the present, through our wines.

Now, don't get me wrong, I'm a Barolo traditionalist through-and-through, and I love the history (and coats of arms and ensigns) and all of that.

But, being a guy who sells 'fine wine' largely by making weird faces (and sometimes telling a decent story), I know that 'traditional' doesn't have to mean 'buttoned down'.

It's quite clear that Nicola is a fun loving guy, and that energy pervades everything they do.  His Instagram account is littered with as many shots of Burgundy bottles and Tennis or Golf events he attends as it is with the more customary pictures of botti or grapes or vineyards, etc.

So, just how do their wines sound when 'talking about the present'?

Well, if by 'sound' you mean 'smell and taste', then they sound really good.  They speak clearly and eloquently, with plenty of enthusiasm...but they don't do it loudly or boastfully...

...they're bright and engaging and, well, a lot of fun to drink.

That said, they are absolutely 'traditional' in style.

I'm really happy to offer them today for the first time.

My first sniff and sip of the Barbera d'Alba 2019 had me sold on their talents - it was everything I look for in one of my all time favorite grapes.  It was dark, highly perfumed, focused, taut, mineral and super lively.  It has that energetic zip that the very best examples from Alba have in their youth - I'll refrain from naming names, but I'm talking about the very best ones.  You know, the ones whose Barbera is even harder to get than their Baroli are...

When it comes to the Langhe Nebbiolo 2019, we're talking about the same kind of lively, precocious personality, except, well, from a Nebbiolo.  It's brimming with red, rosy fruit, fantastic balance and incredible focus.  The fine tannin on the finish allow teases of future glory to peak out from time to time.  This one also had me thinking of some of the great Nebbiolo bottlings from those same producers...so...

Even though all of the 2o16 Barolo that I had, has already been diced up and sold to a lucky few of my top Barolo customers, these two flowery beauties represent your chance to get in on what I, and apparently many others, see as a producer on the rise.

There's so much to look forward to...and you can start with the present...