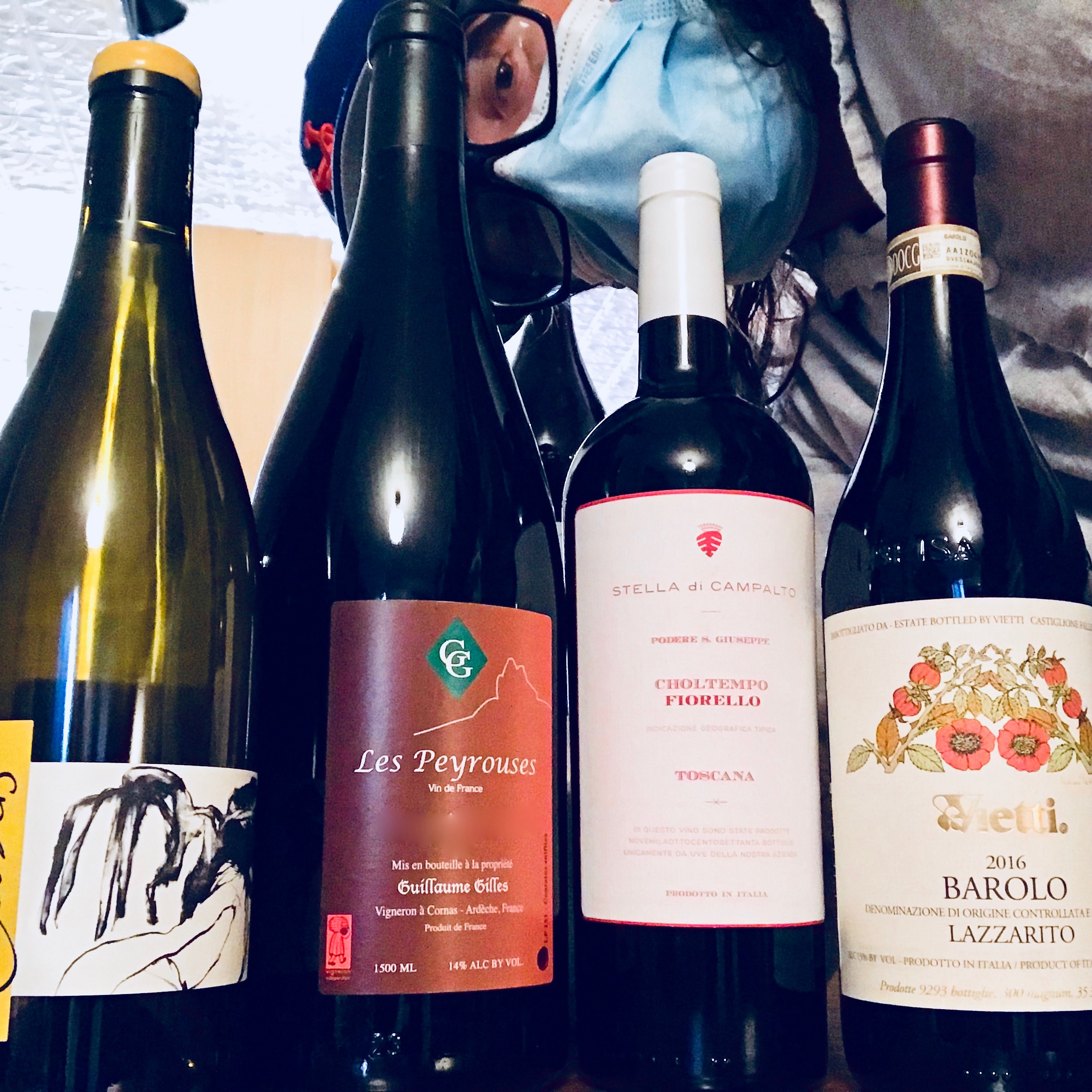 There's So Much Good Wine to Be Had...

If you told me that supplier after supplier would be sending me the kinds of lists of availability that I've seen this past week for wines that I normally get in, well...waaaaay lower numbers, I'd have probably told you that the world must be upside down.

Well, in case any of you haven't noticed, the world is upside down.  Soooo, I thought I'd send out a list of some things that I normally don't get in anywhere near enough quantity these days to responsibly blast out to thousands of inboxes.

Yes, I'm well aware that many shops will blast out wines that everybody wants to everybody on their list, even if they have three bottles to offer.  I suppose that, on a philosophical level, you can say that that's the 'fairest' way to do it, but I disagree.

It's always been more about servicing my customers and cultivating relationships for me, though in the era of one-click purchases driven by crowd-sourced reviews, perhaps that works against me.

So, call me 'Old Fashioned'.

So, if you're reading this email, I'm going to assume that you're still interested in seeing what's available, which is really good for you, because there's some good stuff available.

I think this should be called the 'Wines That Aren't Normally So Readily Available' email..or something.

The point is, if you're looking to buy, the view is good, so take advantage of it.

With that in mind, a list of wines that...aren't normally so readily available...and I'm quite sure there will more of these lists, too.

So, while it's certainly not a short list, it's a good one.

We all have a long list of 'If You'd Told Me Three Months Ago...' things right now, and mine definitely has a slot for 'I'd be getting wide open access to Vietti's Lazzarito from a vintage as mouth-foamingly anticipated as 2016...'

...but, here we are.  I have an allocation of this knee-buckling Barolo from Vietti that's larger than I'd normally get of even his baseline Castiglione bottling.  So, for those of you looking to go long on the best of 2016, here's a nice place to start.

Late last year, I was given access to a few six-packs of this monumentally delicious micro-producer in Valpolicella after one of the city's most prominent Italian restaurants (who used to have an exclusive on it) didn't take all of it.  It was a HUGE hit.  Introduced to their importer, Polaner, by none other than Stella di Campalto herself, proprietor Zeno Zignoli's estate can certainly be thought of as the Stella of Valpolicella.  He farms his tiny estate biodynamically, is hands-off in the cellar and produces a mere 6000 bottles per year, mainly in just 2 bottlings - his Amarone and this wine.  And, like Stella, the focus is on energy, aromatics and sublime elegance, while still reflecting the dark, noble character of Valpolicella.

Speaking of Stella di Campalto, the Grande Dame of crystalline, infinitely elegant expressions of Montalcino, made in minuscule quantities...here you go!

Okay, so Mario Fontana's two fabulous, fiercely old-school Baroli might not be unicorns of the level of Bartolo Mascarello...yet.  Like Umberto Fracassi or Ferdinando Principiano or Flavio Roddolo (among others), Fontana's wines represent a 'new flock of the old style', if you will, that are finally making it to the US.  Mario's are firm, focused and pure expressions of Barolo.  I think of them as the backbone of Cavallotto meets the bright purity of Brovia, but with just a sprinkle of, say, Cappellano's beautifully stubborn rusticity.  The Barolo is a classic blending of their holdings in Castiglione Falletto and La Morra, while the even-firmer, more muscular Barolo Castiglione Falletto is just the second release of this fabulous wine sourced entirely from his family's holdings in Castiglione.  When Mario was here a month or so back, pouring his wines at his importer's portfolio tasting, I spent as long a time chatting with him as anyone.  This set of 2015 Baroli are easily two of my favorites from the vintage.  These are more than worthy of a long, lengthy newsletter, but, for now, this is all you get!

Tomas Pico's Pattes Loup is probably - actually, definitely - my favorite boutique Chablis producer over the last 10 years.  It's a classic example of one of those producers whose wines I could order 5 cases at a time and run with for months and then, all of a sudden, it became a 'one case max per account' wine.  Well, as of the other week, it's like the good ol' days all over again.  It's wide open.  This is nuanced, delicate, firmly-mineral Chablis and age-able too...so, prepare for your potential Summer in isolation now.  (No, let's all think positive...)

I've been a devoted Bize fan ever since we cracked a bottle of the '99 Vergelesses for a Saturday in-store tasting when I was working at my Uncle's shop in 2004.  It was my 'Burgundy Ah-Ha Moment', and I've loved the focused, mineral, intensely-fragrant wines ever since.  Here's a list of some extras from the utterly classic 2017 vintage.  Quantities aren't huge, but it's enough to share with everyone.  These should be at the top of any Burg Lover's list.

What do I need to say about Chave's Hermitage?  Honestly, what are arguably the Northern Rhone's two most storied bottlings are also arguably the best they've ever been.  These 2017s are flat out stunning.  The Insider's Gem of the lineup, the Saint Joseph, is serious and ageworthy in its own right.

The new star of Cornas and Protégé to the legendary Robert Michel, Guillaume Gilles' wines are, like his mentor's, packed with generous, savory, mineral-dense dark fruit, and are built to last just as long.  These are, again, examples of a producer whose wines went from 'available' to 'allocated' in one release (what we in the business call 'overnight').  The fabulous 2017 Cornas and 2017 IGP Les Peyrouses mark the third straight benchmark vintage from this fabulous producer.

One of the oldest of the old-school, Levet's Cote Roties will basically last as long as you want to let them, though these 2017s, like last year's 2016s, are surprisingly generous out of the gate.  Both wines are, as usual, up to their ears in savory, feral, floral, mineral character, but those elements, along with their iron backbone of tannin, are draped in a beautifully dense, dark Syrah fruit that carries it all nicely in the glass.  The Journaries, as usual, is the more open and elegant of the two, while the Chavaroche is wound more tightly.