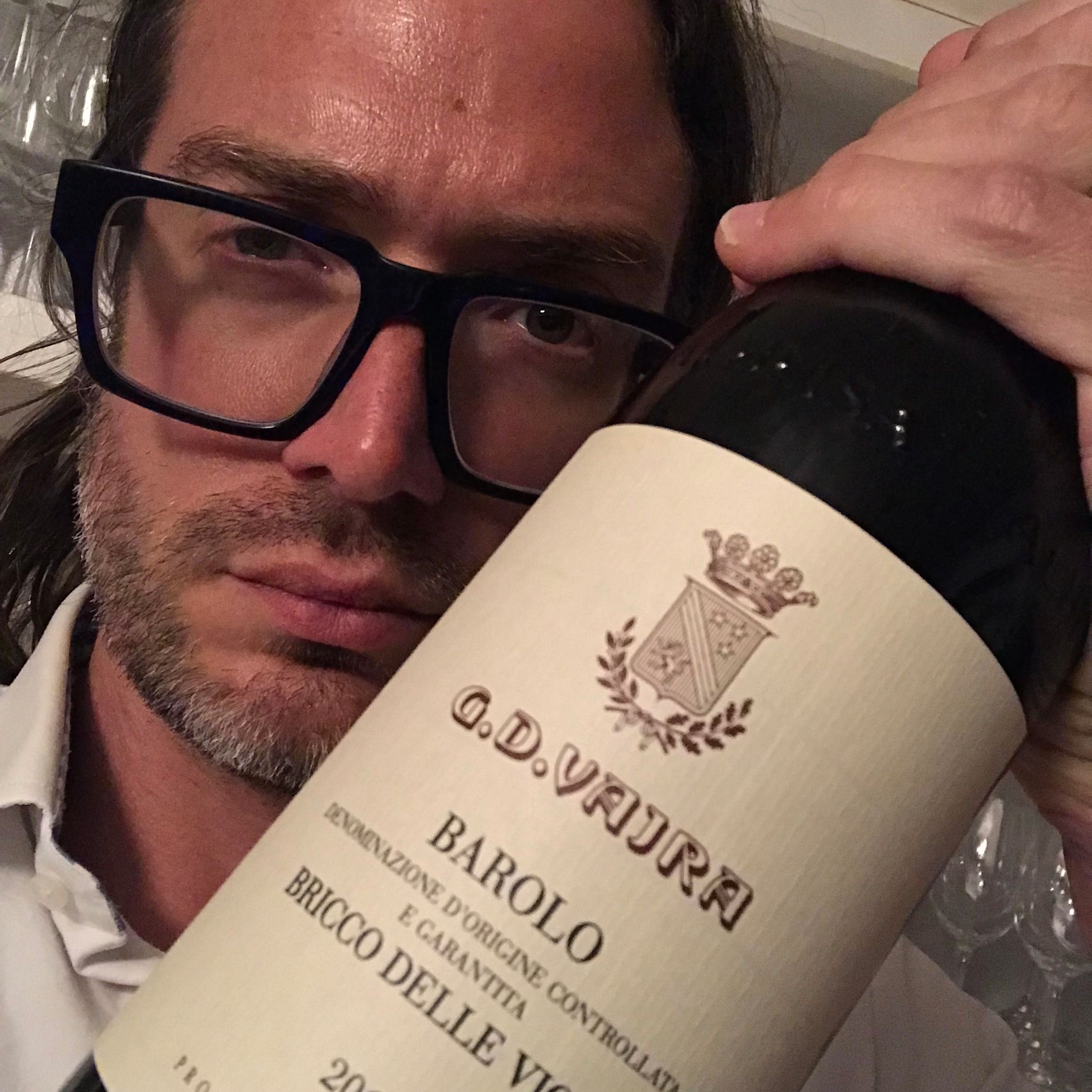 The Wonderful 2015 Baroli of Vajra

A couple of weeks ago, the magnetic Giuseppe Vajra was in town to showcase the 2015s from his family's estate.

Vajra's wines have been steadily climbing the depth charts of Barolo collectors over the last decade and it's not hard to figure out why - they are classic Barolo.  They're structured, nuanced, aromatic and fiercely traditional, all while maintaining their status as relative values.

As a vintage, 2015 occupies some very interesting space right now.  By and large, it's a warmer, richer, more powerful vintage in contrast to the cooler, wetter 2014s.

Both vintages have their fans, with some loving the friendly, powerful '15s while others prefer the quirky, edgier 2014s.

Neither vintage was done any favors by being sandwiched in between the utterly classic 2013s and the very highly-anticipated 2016s, but there are plenty of great wines in both years.

Nowadays, with winemaking having become such a refined art, the mantra of 'Producer Over Vintage' means as much as it ever has, and Vajra is a fantastic example of why - good producers make compelling wine in almost every vintage.

Both their 2014s and 2015s are standouts for me in their respective vintages and hearing Giuseppe describe the precision required to get them both right was fascinating.

The biggest issue in 2015, he said, was being sure to pick 'al dente'...in other words, picking too early or too late would make a huge difference in the outcome, and in 2015, that window was extremely tight...

After we were done tasting, Giuseppe sat down next to me and asked what I thought.

While he said he was an especially huge fan of the 'geeky minerality' of the 2014s, he knew that the '15s would be very popular, and that was a relief to him since so many people passed on the '14s.

I asked how he's feeling about the 2016s.  He sighed and thought for a moment.

'The wines are going to be fantastic,' he began, 'but, to be honest, dealing with hype is frustrating.'  I can't recall exactly how he worded his next thought, but it was along the lines of how much people miss out by focusing solely on certain vintages.

The snapshot of a single year as expressed by the wine is the whole point, after all.

So, in that spirit, I'm happy to offer both the utterly joyful 2015s and, since they were some of my favorite in the vintage, re-offer a couple of the lovely, focused, aromatic 2014s as well.

Why miss out, ya know?

The Albe, as always, represents one of the greatest values on the market.  It's open, generous and offers lots of Barolo character for not a lot of money.  Is it destined to live to age 50?  No, but that's mostly because you'll drink it all before it reaches age 4!

2015 represents the inaugural vintage of this wine, from a recently acquired plot situated between Cannubi and Bussia.  It's comprised mainly of sandy soils on top of pure sandstone, which should be music to your ears...or nose...because this insanely perfumed, lifted Barolo is easily the sleeper of the vintage for me right now.  So fragrant, so graceful, so rosy...I was so lost in the bouquet that I needed to force myself to refocus on what Giuseppe was saying.

Typically, this is my favorite wine in the Vajra lineup, and that trend continues here.  It has the most classic profile of the '15s, with a wonderfully restrained and pure, expression of fruit that envelops the rather strapping, angular tannins.  The minty nuance that emerges at the edges offers a nice aromatic compliment.  I'm very excited to see what happens to this one in the coming decade.

A very typical Ravera here, in its dark, powerful and mineral packed profile.  It's forward, textured and dense...but so drinkable right now that you might not even notice the burly tannin buried inside.  As drink-y as it is, it's really going to take a good decade to let the real iron-y nuance really fly.  It's the jock of the family, for sure, but a lovely jock at that.