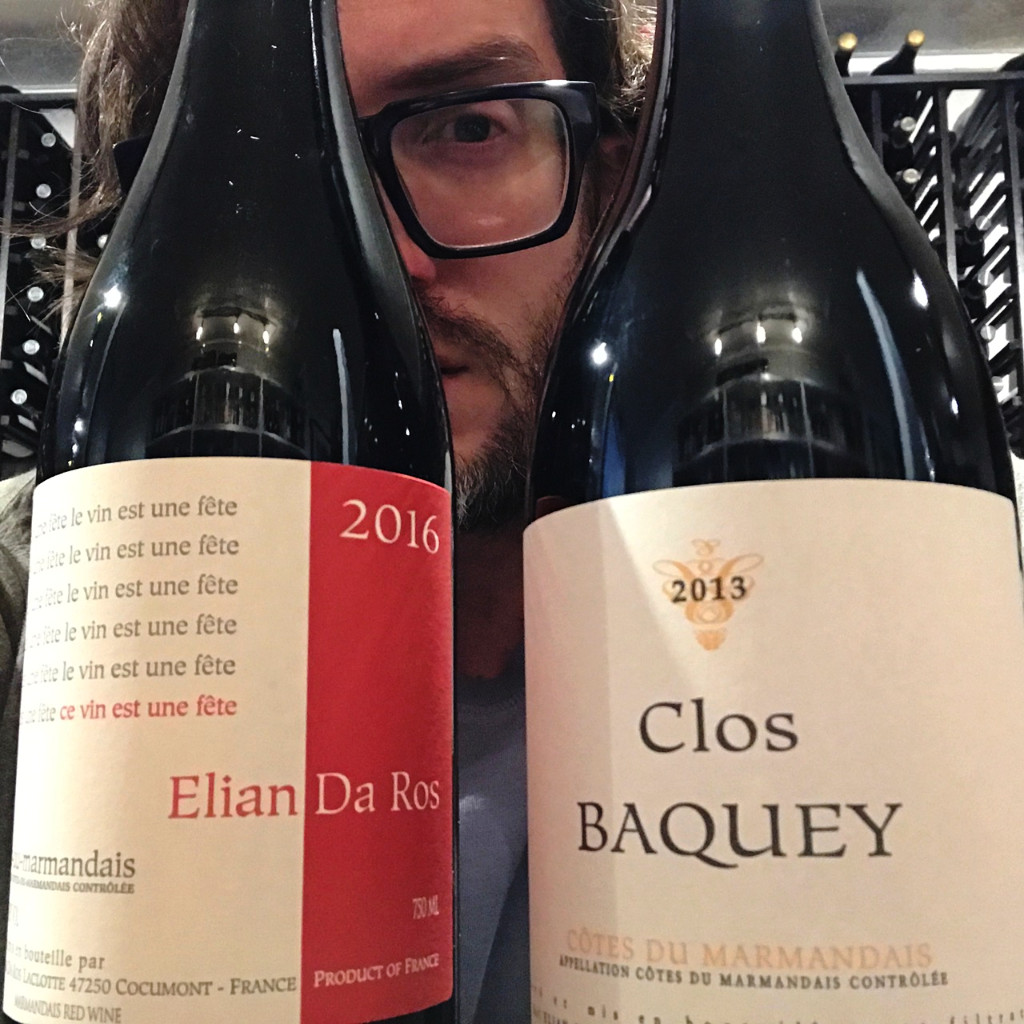 The Top Wine of Our Favorite Southwestern Star

It's always exciting when a fresh batch of wines from our favorite Star of the Sud Ouest, Elian da Ros, arrives...

...especially when the top wine of said star is part of the lot.

Elian's Clos Baquey is his true vin de garde, the one that's meant for laying down and it's also the one that we get the least-frequently, so anytime it's here it's a hot ticket.

This is your one-and-only shot at the 2013 (which by the way is an MCF exclusive), and it's a chance you should take very seriously because I drank a bottle over the weekend and I think it's easily one of the vintages of Clos Baquey yet.

Here's where I'd usually talk about the grapes (Abouriou, Cab Franc, Merlot, Cabernet Sauvignon) and all the other technical blah-blah, but I'd rather just talk about how good it is, because it's really good.

In addition to being the highest-quality wine in the Da Ros lineup, the other thing that makes the Baquey the 'top' wine from Elian, for me, is the fact that it has all of the 'Da Ros' elements on full display.

The zen-like balance that you see in the Fete, the dark, mineral-laden fruit you get from the Vignoble, and the burly, animale character of the Abouriou are all present here, and they're, of course, interwoven with the wild herbaceousness that every one of his wines has.

Buried underneath what is a surprisingly noble character (for a wine from the Marmandais, that is) lies a burly backbone that, while easily carried by the dark fruit and complexity, is sure to grant this wine a nice long life in the cellar.

As Greg and I allowed the wine to open over the course of a couple of hours, it continued to allow more hints at what you can expect in the future and, even on day two, the wine just kept changing and showing more of its versatility.

Even though it's not an apples-to-apples comparison, I challenge you to find a single wine from up the road in Bordeaux that comes anywhere close to this kind of character at this price.

Not to be overlooked either is the newest bottling of what has become one of our biggest standbys here at MCF - Elian's 'entry-level' Le Vin est une Fete 2016 at $21.  It has the same wonderful 'wildman version of a Bordeaux' character, but with a more cheerful and up-front personality.  Even though the price has crept up a bit, it's still as great a value as you'll find on our shelves.

Instead of imploring you to get these stunning wines while you can (before they get allocated), like I normally do in a Da Ros offer, I'm instead going to celebrate the fact that these wines, from a man who's talked about with so much respect and adulation in France, are still largely unnoticed in the US market.

The fact is that they're here, we have them and it's a great thing for all of us...so...