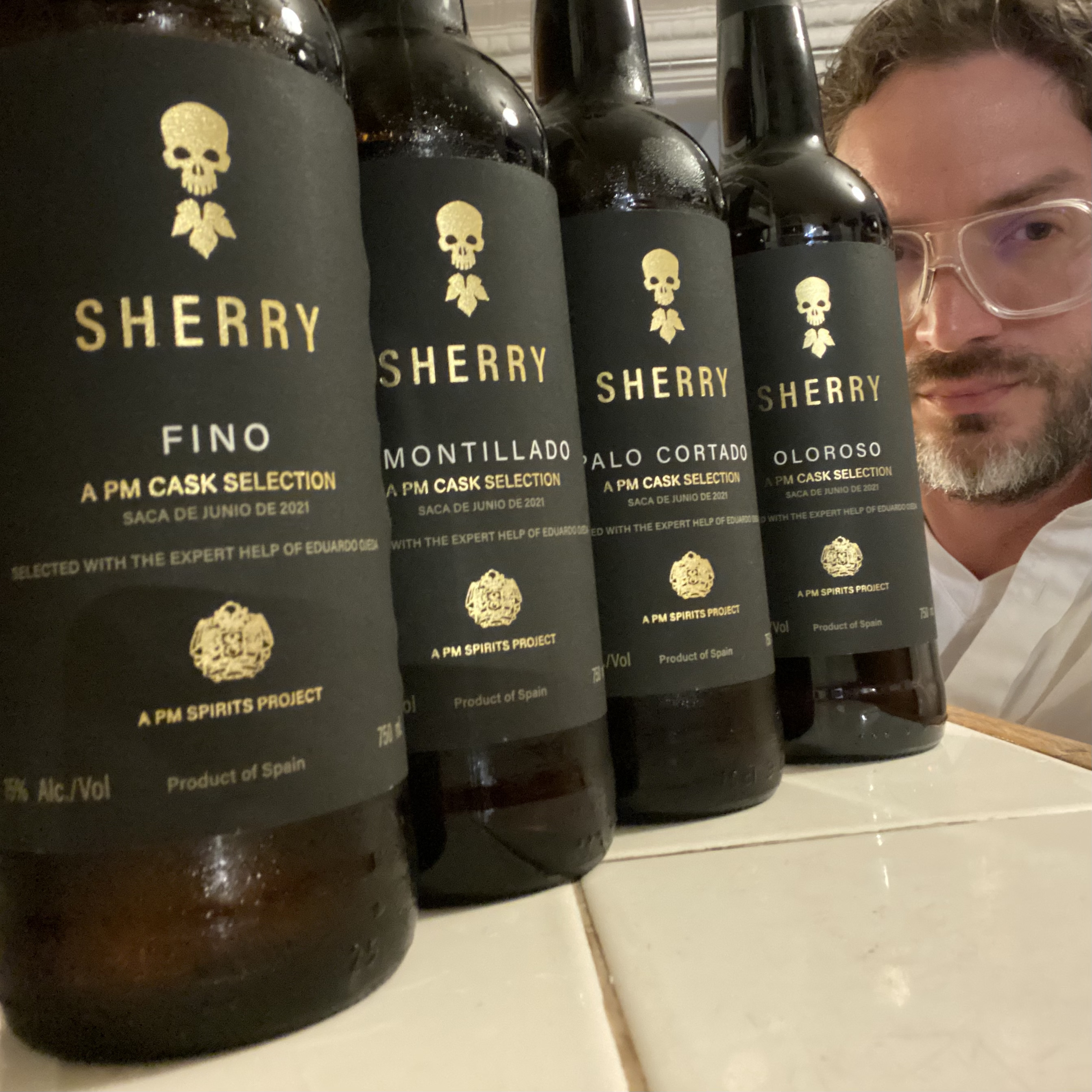 The other week, while walking my kids to school, I emerged from our building to realize that I wasn't dressed all that appropriately for the weather.

I was in a tee shirt and shorts and it was in the 50s.  Now, being someone who loves cool weather, it wasn't that big of a deal, but if given the choice, I would probably have at least grabbed a long sleeved shirt.

The other reason I wasn't all that bothered by it was the fact that it was the first, truly brisk Fall morning, which, to me signaled that the Fall weather might finally be here.

Of course, it got into the 80s a few days later week, but oh well.

In any case, that dose of briskness was all it took to get my mind racing about all the seasonal shift in my drinking habits that was (hopefully) about to occur.  Whisky, dark beer, a lot more red wine and...

It just so happened that my pal Pam of my favorite boutique spirits importer came by later that day with four fabulous Sherries that her company has just introduced to the market.

PM Spirits proprietor Nicolas Palazzi has long had a fondness for Sherry, and, with the help of his friend Eduardo Ojeda (winemaker at Valdepsino and Laguita, co-owner of Equipo Navazos, and senior advisor to Grupo Estevez), using the same philosophy and meticulousness he uses when bottling spirits, bottled four amazing Sherries under his own label.

And there they were, all four of them ready to be tasted...and they tasted good...

Aged entirely under flor, from a solera that has never been bottled on its own, this beautiful Fino was light, angular, savory and, of course, wonderfully briny.  The texture was there, but ultimately it's a wine of focus and energy.  The lingering finish just keeps calling you back.

Take those beautiful, savory/briny elements from the Fino and dial up the texture and weight across the palate, and you have this delicious Amontillado.  The expanded nuttiness also adds to that silkier mouthfeel and deeper complexity, while still finishing nice and dry.

The Palo was kind of the unofficial favorite of the group that afternoon.  It still retains all of great savory/nutty business, of course, but the decade-plus of oxidative aging ramped up the fruitier, more aromatic elements.  There was a beautiful lift on the nose that belied the richness underneath.  It still finishes quite dry, but you're really getting into 'rich food' territory with this one.

The Oloroso is richer yet, with the fruitier elements dialed up, giving it the mouthfeel you might expect from a 'sweeter' wine, but, well, without the sweetness.  The highly oxidative flavors meld perfectly with this unctuousness -  it was all I could do to not swipe the bottle and bolt to Murray's for a bunch of cheese to attack with it!