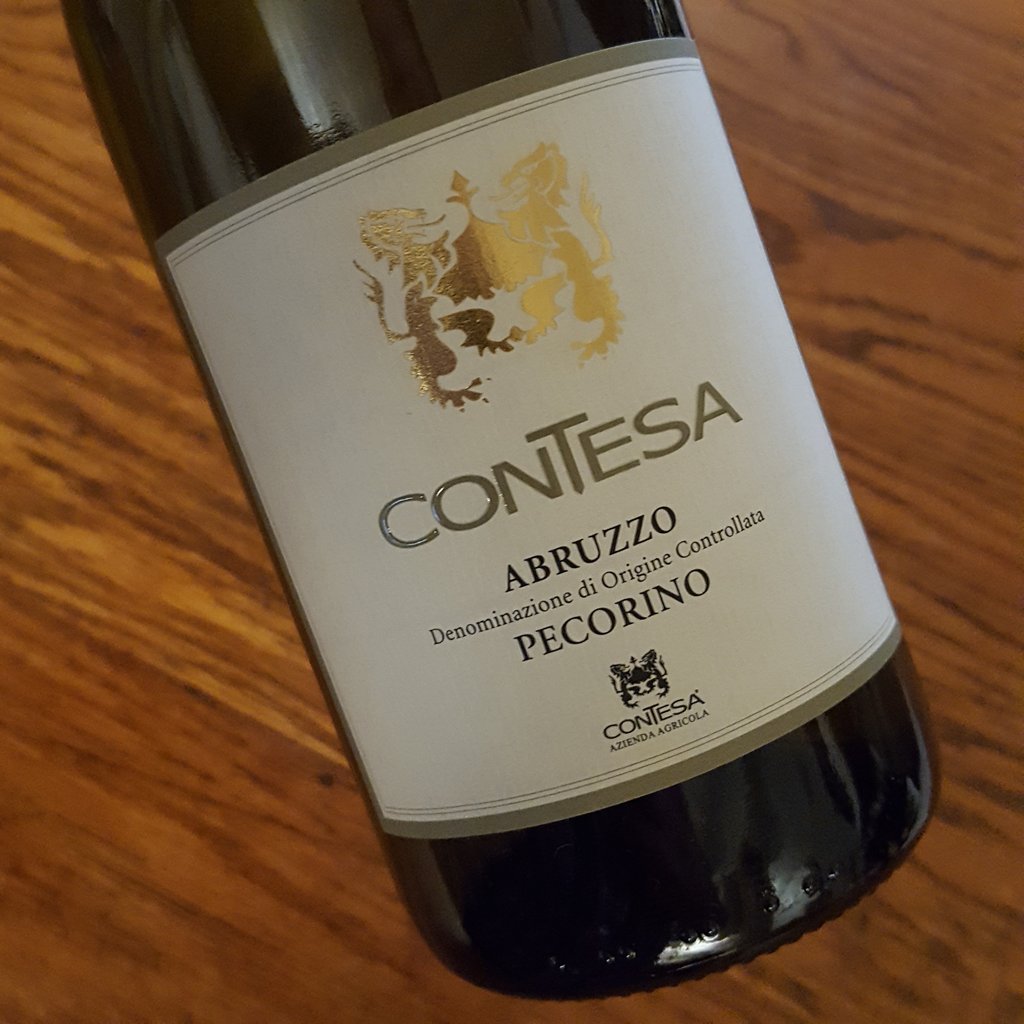 The Pecorino and the Tale of the Perfect Pairing:  Contesa Abruzzo Pecorino 2017

I remember my first bottle of Contesa Abruzzo Pecorino like it was yesterday. It was a hot and humid night in July of 2017. The sky was dark and threatening to storm. I had just closed the shop and was headed to a friend's apartment on the Upper East Side that I was staying at, at that time. I was on a mission to get there as quickly as possible to crack open that bottle of Pecorino and to make Spaghetti al Limone. As I made my way north, I held a cold but quickly sweating bottle of Contesa Abruzzo Pecorino 2015 in one hand. In my other hand, I dangled a grocery bag holding a box of spaghetti, a stick of butter, a wedge of Parmigiano Reggiano and a couple of lemons. When I arrived at the subway platform, I was feeling particularly ravenous. I stood waiting for the 6 train, which the sign above indicated was only 4 minutes away. I readjusted my grip on the now downright slippery bottle of wine. A mysterious woman eyed the contents of my grocery bag as I placed it down on the platform to make sure I had brought the apartment keys with me. I wondered if the storm would hold off until I reached my destination...

Good news. This isn't a harrowing tale of delayed subways, lost keys, broken bottles, frightening subway platform encounters, or overcooked pasta. Even the storm held off. I am simply here to tell you about how wonderfully the Contesa Abruzzo Pecorino paired with that Spaghetti al Limone. The cheesy, salty notes of the Pecorino were echoed in the Parmigiano Reggiano and the wine's fresh acidity cut perfectly through the butter, while the hints of citrus in the wine congregated nicely with the lemon in the pasta. Once I'd eaten all the spaghetti, there was still one glass of the Pecorino left. At this point, I just started cutting off chunks of the cheese to pair with the remaining glass; this alliance also proved to be a stone cold winner. I'm getting hungry again...

Whether you are tempted to recreate either of these pairings or just to have a fresh, savory, structured, delicious and versatile white wine on hand in these early days of summer, I highly recommend grabbing some of the Contesa Abruzzo Pecorino 2017 now while we have it available. Each bottle promises to be a memorable one.