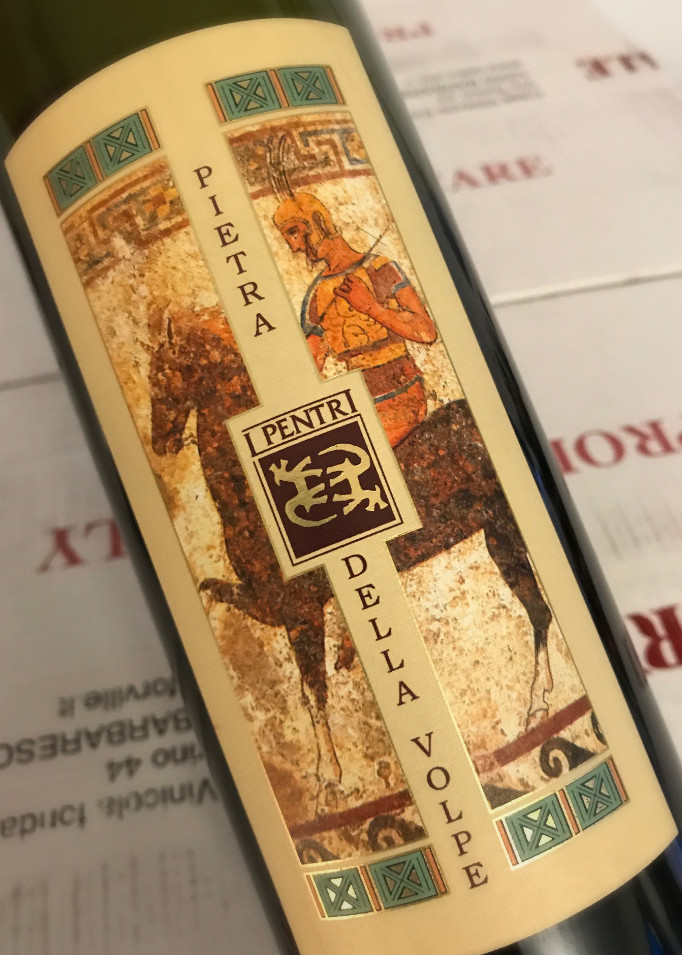 Last week, we were ripping through a bunch of Italian reds with one of my reps and he pulled something out of his bag that I'd been very excited to taste.

I'd been circling around the wines of I Pentri, a tiny producer of super high-quality, old-fashioned organic wines in Campania, for a while now.

I'd had their delicious Falanghina and Piedirosso a few times and they were on the list for future shelf selections, but I'd also known about the Aglianico Pietra delle Volpe and had been itching to try it, especially this 2007.

Knowing how authentic and delicious their other wines were, I had a hunch that they'd make a pretty stunning wine out of Aglianico and also that the 2007, which already has some years under its belt, was probably just beginning to hit its stride.

So, he poured us all a taste of it and, after the first whiff, my head tilted back, my eyes rolled up and my knees got soft...and that was just the nose!

On the palate, all of the glorious, savory, smokey, rustic, volcanic nuances were wrapped around a skeleton of incredibly firm (but integrating) tannins.

It was even better than I'd imagined - my ideal wine for an ideal Campanian meal.

As it gets into the second stage of its life, all old-school Aglianico ages from the edges, if you will.

What starts out as dark fruit 'browns' at the edges (at least that's the way I always describe it, because, well, that's how it tastes).  Things soften up at the perimeter of the palate and that's where a lot more of the savory notes associated with the grape are unlocked, but the firm tannins at the center remain for a good while longer.

Once those tannins have finally integrated is when and Aglianico-based truly shows all of its glory.

This wine is already into that second stage and, should you be the patient type, another 5-7 years should get it into that final stage, and it will probably last another 20.

I still believe that Luigi Tecce, the intrepid producer of Taurasi, is the most important winemaker in Italy right now, but at home in Campania, he's got a bit of competition...and at a mere $38/btl, I'd call that competition stiff!

In fact, if you want a general idea of what Tecce's wines will taste like some 20+ years down the road, this Pietra delle Volpe will give you a pretty good illustration.

I turned to Vince, my rep, and said, 'Crack a bottle of this and you start with a rustic, meaty ragu, then you have a pizza with salami picante, and end it all with some simply roasted lamb.'

He just kind of smiled and said 'I think you just wrote your email...'

(so in case you ever wonder where I come up with this stuff, there you go...)

this wine arrives this Thursday 10/12