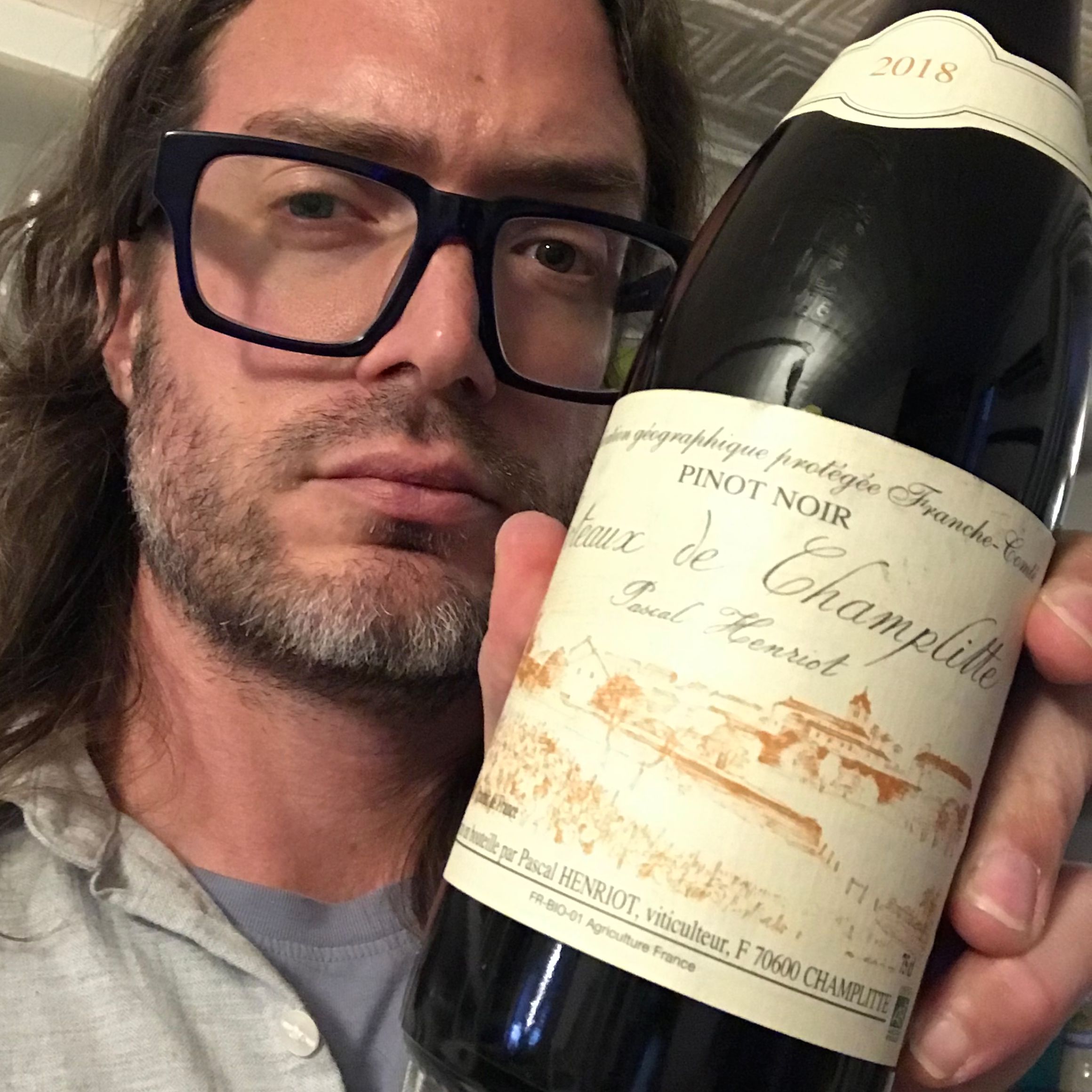 The New Vintage of "That Pinot from Where??"

Last October, the lovely Coteaux du Champlitte Pinot Noir of Pascal Henriot became one of the unexpected darlings of the year.

Everyone loved its delicate, floral, energetic and wonderfully balanced profile.

And the $25 price tag only furthered its appeal.

So you can imagine how happy I am to have it back on the shelf.

(I already know how happy many of you are to see it...the first drop sold out in a few days, before I even had time to type this up!)

All during its run last year, people kept asking for it (What was the name of that French Pinot?  And where's it from again??), even if they'd never heard of the Coteaux du Champlitte.

And they weren't alone...as I mentioned in last year's offer, I'd never heard of it either, but was soon very glad that I did.

This 2018 is slightly fuller and silkier than the '17 was, but, like the '17, it's got less of an emphasis on the sturdy fruit that I normally associate with a comparably-priced wine from Burgundy and doesn't exhibit the overtly savory profile of a Pinot from Alsace or the Jura.

Despite its general differences from other parts of France, for me, it's still unmistakably 'French' in style and feel...nobody's gonna confuse it with a wine from CA or OR.

Really what defines it, though, is its transparency, its liveliness and, above all, that wonderfully flowery profile.  The bouquet alone is worth the price of entry for me.

Just yesterday, Ryan, a customer of mine, dropped in to grab a bottle and mentioned how he and some friends/family have an annual BYO steak dinner and said that, at the last one, the Henriot was chosen as the top red of the night.

He wasn't specific about what it was up against, but, as I'm sure any of you who've been to BYO dinners (especially steak-centric ones) know, people usually arrive with some pretty serious stuff.

I thought that was pretty cool...

...but the main point is that, for $25, you're getting a hell of a lot of Pinot Noir character that'll be oh-so perfect with the coming Fall weather and associated meals.

Which is also pretty cool...