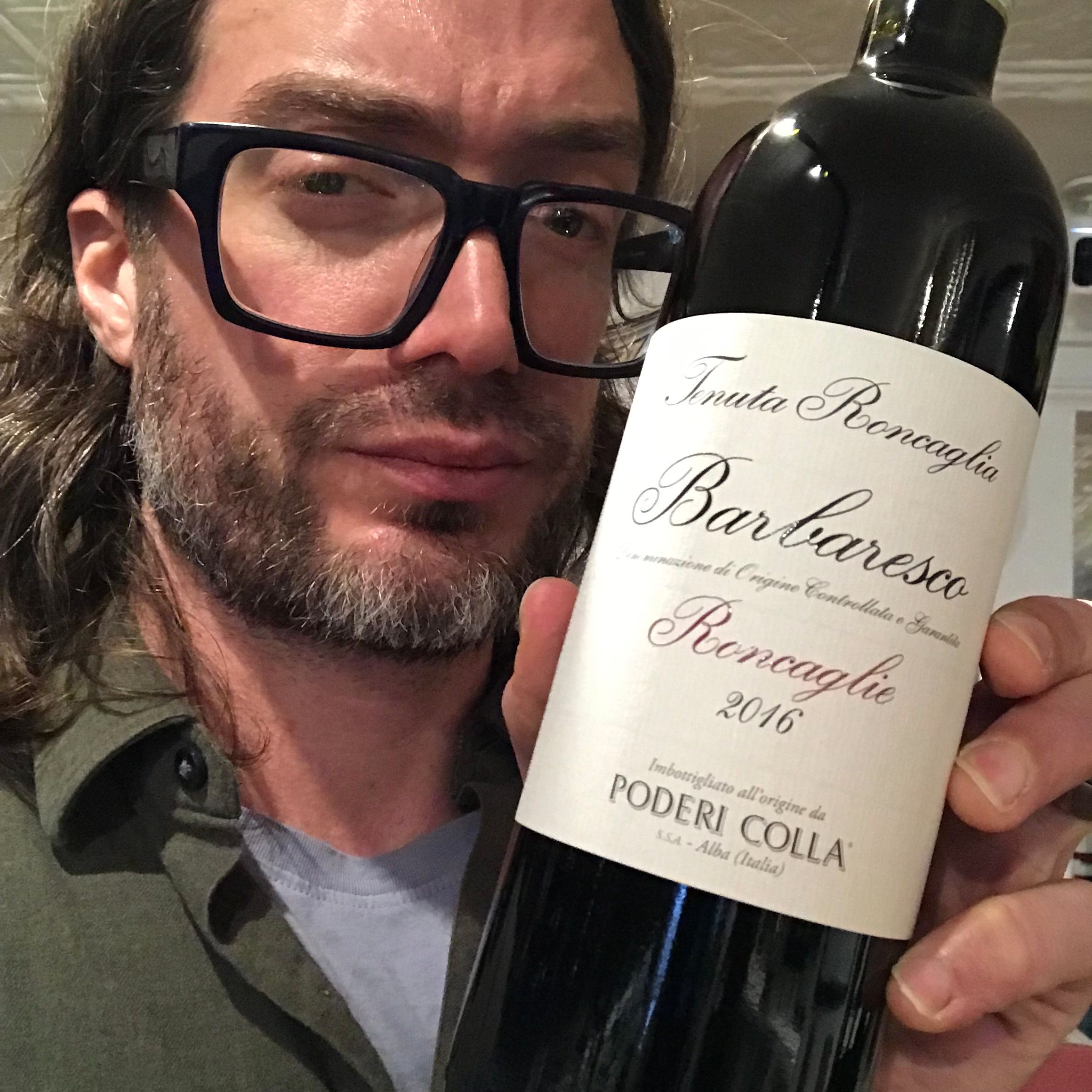 I know I've been ranting about the off beat vintages lately, and about how avoiding the 'non-benchmark' vintages means that you're missing out on a whole lot of unique character - especially in a place like Piedmont, specifically with Nebbiolo, a grape that is endowed with so much longevity, that even the 'challenging' vintages last a decade at the very least.  During this time, they still develop plenty of intriguing personality, even if said personality isn't 'textbook'.

Today, however, I'm going to speak to the other side of the debate and tell you that, while I've come to love the quirks of the 'other' vintages, there's still plenty to be said about 'great' vintages.

2016 is certainly a GREAT vintage.

What makes a 'Piedmont' vintage truly lengendary, for me, is when both Barbaresco and Barolo yield legendary wines.  When you consider that, the list is quickly narrowed to 1996, 1999, 2001 and 2004.

2016 has certainly accomplished that...

So here we are, with what are so far some of the most mind-blowingly delicious young Barbarescos I can recall.

Since it's the week after Thanksgiving, or as I (or any other retailer) call it, the calm before the storm, I thought I'd put out a list of a few producers of seriously amazing 2016 Barbaresco all at once.

If you're feeling overwhelmed, please feel free to ask me any questions...or you can just take the easy way out and buy them all...

...no, I'm serious...it'll be the smartest thing you do this month!

Paitin is a producer who often gets lost in the shuffle, which puzzles me, especially when you compare their wines stylistically against some of the true old-school legends in Piedmont like Cappellano or Rinaldi or the Mascarellos.  Perhaps it's not a fair, apples-to-apples scenario, but Paitin is another producer whose wines have been considered 'too old fashioned' or thought of as 'taking too long to come around'.  In any case, these two 2016s from Paitin were flat out stunning for me - everything you could ask for in classic, correct, traditional-to-the-bone Barbaresco that should send any old-school fanatic to a very happy place...especially when the quality-to-price factor comes into play.

(I actually enjoyed them both so much, I FORGOT TO TAKE THE SELFIE!  But you get two below, so lucky you...)

The Serraboella cru is considered one of the greatest in all of Barbaresco, and both of the Paitin Barbaresco hail from it.  This Serraboella bottling is comprised of the greater part of Paitin's holdings and is definitely the friendlier of the two wines.  This was flat out lovely, like an enormous bouquet of Nebbiolo roses that, on perfume alone, was enough to send your eyes rolling back.  Texturally on the palate, it was so correct, and there was just enough Nebbiolo juice to make it quite pleasurable already, though there's no doubt this wine will easily be going strong 20 years from now, when all of that nuance has been set free.

If one wants to throw words around (as I do, apparently) like 'classic' or 'benchmark' or 'textbook' or whatever else, they should be able to explain what they mean by that.  So, to explain what I mean by that, I'm going to tell you to buy a bottle of this '16 Sori Paitin because, if someone asked me to explain what, all things being equal, I thought the platonic ideal of traditional Barbaresco would be like in a great vintage, the notion that would have popped into my brain would probably have tasted exactly like this.  It's the embodiment of restraint and elegance, with a structure that's so deceptively firm so as to conceal any bit of nuance or flavor.  From a textural perspective, it's basically perfect...so perfect, in fact, that you can barely taste anything (and I mean that in a good way).  There are just a few whispers...some teases of the brilliance to come hiding at the edges.  Whenever it does come around, it's going to be one hell of a wine...

Poderi Colla is another old-timey old-schooler of Piedmont...so 'old-school', in fact, that they hearken back to the days when nearly all producers made both Barolo and Barbaresco...something that since has fallen mostly by the wayside.  Colla's Barbaresco Roncaglie 2016 is, without a doubt, the best young wine I've ever tasted from them.  If you were to take the classic, 'tight-lipped' elements of the Paitin wines above, and then push them way farther down the 'airy', 'intricate' and 'feminine' path (yes, there's such a path), and then dial up the floral notes, you'll get a pretty good idea.  Oh, and dial down the 'rustic' elements...this is a prim and proper Barbaresco, and I mean that in the best of ways.  Get on this bandwagon while there's still room!

Andrea Sottimano stopped by the shop a few weeks ago to show me his set of lovely 2016s and, yet again, I was left pretty speechless.  If the Paitin are the rustic side of classic Barbaresco and the Colla is the flowery, delicate side...Sottimano is the focused, chiseled, infinitely detailed side (yes, that's three sides...so what?).  Both of these wines are flat-out stunning already, so it will be really hard to keep your hands off them!

The Fausoni, from sandy clay soils, is so beautifully bright and perfumed, so aromatically expansive, so subtly elaborate, so infinitely elegant.  There's such focus and restraint from top to bottom here that it's enough to make you feel weightless while you ponder every flowery, mineral nuance you encounter.  As enjoyable as it is right now, there's all kinds of things to look forward to hiding in that sublime elegance.  Delightful.

The Cotta, from limestone/clay soils, shows more richness and depth to it than the Fausoni, but we're still dealing with all the clarity and precision you could ask for.  There's a more pronounced structure and a seemingly endless sense of focus and minerality and, somewhere way below, a deep, weighty earthiness hangs suspended from that cable of tannin and stones.  This is positively phenomenal stuff.

Of course, you can order in any combo you like, though!