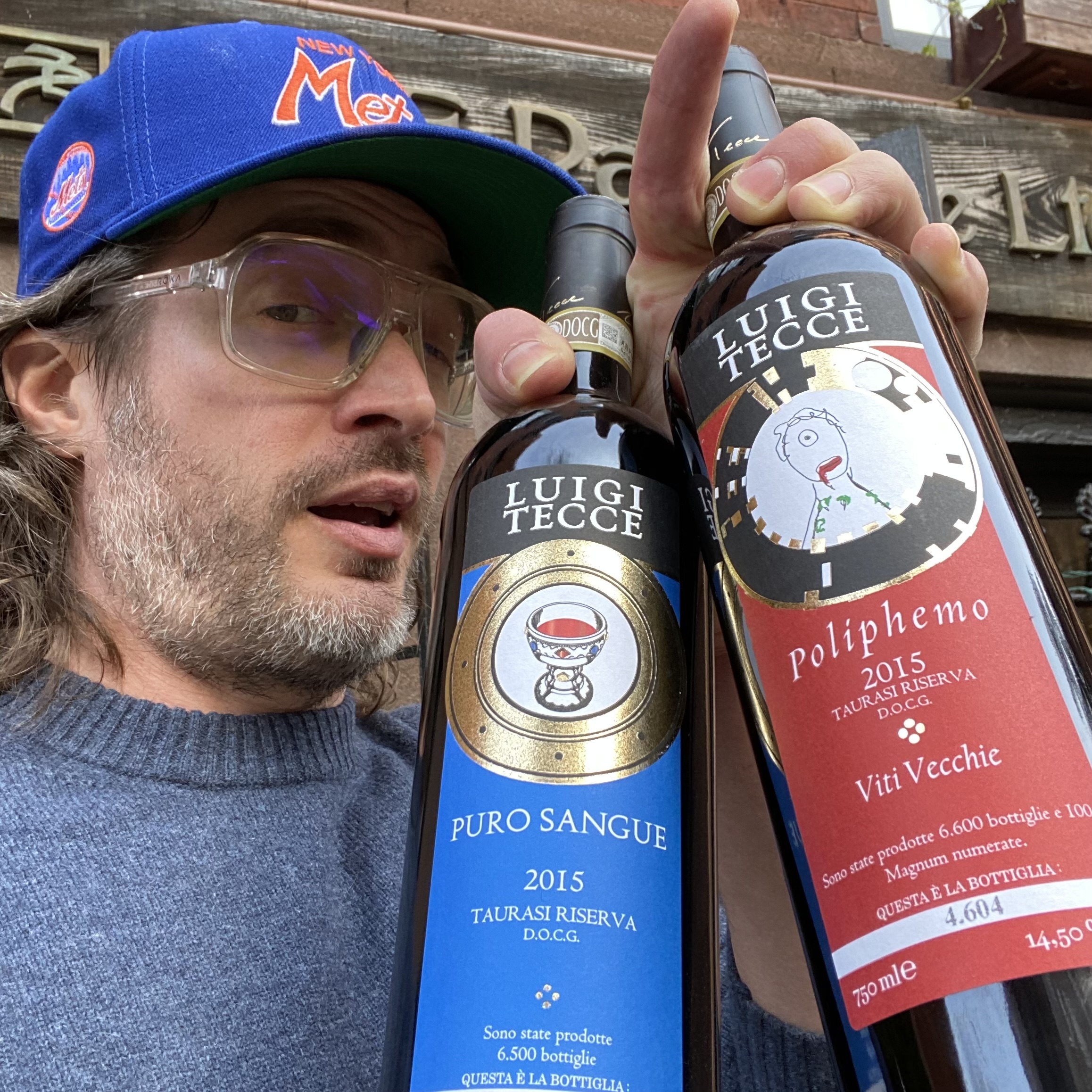 Well, here we are.

The day I've been saying would arrive for years has arrived.

The broader wine world is waking up to the brilliance that are the Taurasi of Luigi Tecce.

Sure, I'm basking in a bit of vindication...but, of course, I'd be lying if I said I wasn't now just a bit concerned about the future of a producer who, up until now, we basically had a corner on.

I've known Eric Guido for quite a while.  I first made his acquaintance about 15 years ago when he was a very enthusiastic and knowledgeable customer of the shop I used to work at.  In the years that have since passed, he changed careers and joined the wine biz and, as of two or three years ago, is now one of the critics writing for Antonio Galloni's Vinous publication.  He's a very thoughtful wine writer, and I think he does a fantastic job.

A couple of years back, he responded to one of my Tecce offers to express interest in reviewing the wines.  I put him in touch with my friend Ernest, Tecce's importer, so he could obtain some samples.

He ended up reviewing the wines, and was very positive about them, though I must admit that he hadn't quite gotten to my level of enthusiasm for them yet.

The other week, however, I was perusing his most recent reviews for the wines of Campania and was very excited to see that he was...well...very excited about Luigi's 2015 Taurasi.  I wasn't surprised, given what I was expecting from the vintage, based both off of what I had tasted a few years ago when I visited Luigi and also just how damned good his entry-level 2015 Satyricon was.

It wasn't just that the numerical scores that were higher, it was the palpable exuberance of his language that was impossible to miss.

Now, all of you longtime readers know that I very rarely quote critics when discussing wines.  I have absolutely nothing against their kind of wine writing and absolutely believe that their work serves a very important purpose, especially someone as considerate and talented as Eric.

However, if I were to select and endorse wines based on the opinion of others, what, then, am I bringing to the table?  How could I claim a philosophy over what I do if I'm not seeking out wines that I believe in solely based on their merit in my own eyes?

However, today I'm going to allow myself to do just that, because Eric's fantastic write ups for these two brawny, wild, untamed towering achievements of Aglianico mastery are spot on and, frankly, I couldn't have said it better myself.

(I've said it so damned many times already, after all...)

94 - The 2015 Taurasi Riserva Puro Sangue bursts from the glass with masses of crushed stone, ashen earth, citrus-tinged blackberries and animal musk. There are depths of silky textures nicely contrasted by vibrant acidity, as ripe plums, minerals, hints of tangerine and inner herbal tones resonate throughout. Its structure comes forward through the finale, yet there’s so much primary concentration and mouth-watering tension that it hardly slows the momentum, as notes of tobacco, cocoa and inner rose tones seem to last for nearly a minute. Luigi Tecce knocked it out of the park with the 2015 Puro Sangue. Readers are going to find it hard to wait long enough to watch these fully mature; but trust me, it will be worth waiting for. -- Eric Guido

95 - A spicy mix of crushed black cherries, cloves, mint leaf and smoke form a seductive display as the 2015 Taurasi Riserva Poliphemo Vecchie Vigne slowly blossoms in the glass. It’s silky and pliant upon entry, quickly gaining a more tactile feel, as tart berries laced with sour citrus and minerals saturate the senses. The sheer mass and concentration here is something behold, yet more impressive is how harmonious it remains, as vibrant acidity battles fine tannins for supremacy. The end result is a finale that’s structured yet leaves the mouth watering for more, as violet florals, cocoa and an inner animal muskiness slowly fades. In my opinion, the 2015 vintage has firmly placed Luigi Tecce on the map in Taurasi. -- Eric Guido