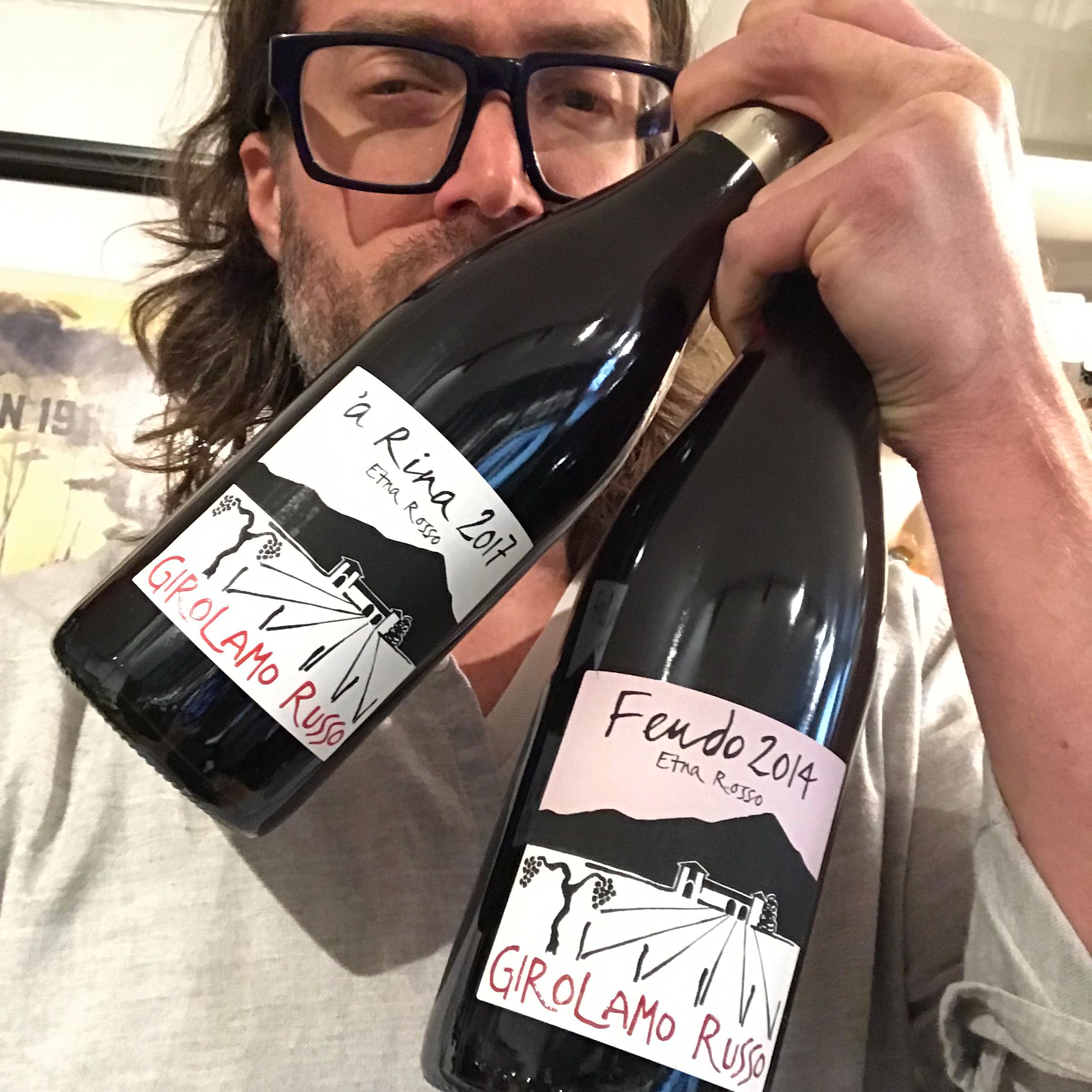 I went to dinner at Roberta's the other week with my friend Ray - he knows everyone there, so we get a table right away and get to BYO...yeah, it's pretty sweet.

I'd grabbed my last bottle of 1999 Lisini Brunello from that wonderful parcel of old Lisini I offered last year and he brought a '99 Sagrantino Pagliaro from Paolo Bea.  We were both super interested in seeing how they were drinking.

But, on the way out, I also grabbed a bottle of Girolamo Russo's Etna Rosso 'Feudi' 2014 - I'd recently tried some of Russo's younger, recent releases, and was very impressed with the beautiful, deeply earthy, generous, yet deceptively-firm expression of Etna.  I'd also gotten access to a nice chunk of the 2014 'Feudi', so I wanted to see how it was showing with a couple of years under its belt.

The short version is this -

The Lisini was stunningly good...the platonic ideal of aged Brunello.

But the Russo was the one that really grabbed our attention - it was a deep, dark iteration of Nerello, and it was, aromatically, very open.  On the palate, that dark, intensely earthy fruit was held together by a wonderfully firm backbone of volcanic minerality, all in a texturally Burgundian (for lack of a better word) package.

We’d actually started with it, thinking that both of the other wines would be substantially more compelling.  But as good as the others were, I did find myself coming back to the Feudi over and over throughout dinner.

There was something so honest and engaging about it...so very Etna...

The Etna Rosso 'a Rina 2017 is also lovely.  It's got that same sense of Burgundian texture and deeply earthy nuance/intense volcanic minerality, but it's a bit lighter in weight, and skews towards the redder end of the Nerello spectrum.  The nose is a bit more high-toned, as well.

For Italians, saying someone is 'simple' doesn't mean that they're 'of low intellect' or 'unsophisticated', but rather, it's about as high a compliment as you can offer.  It speaks to their genuineness, honesty and humility.

When I think of my favorite wines from Italy, in this case from Etna, they always fit right into that space.  Russo's wines (or I Custodi's or Benanti's or Calabretta's), are just perfectly frank...and in their frankness, like an old friend, they deliver a connection that you'll never get from a highly-polished, 'luxury' wine...even at 3, 4, 5x the price.