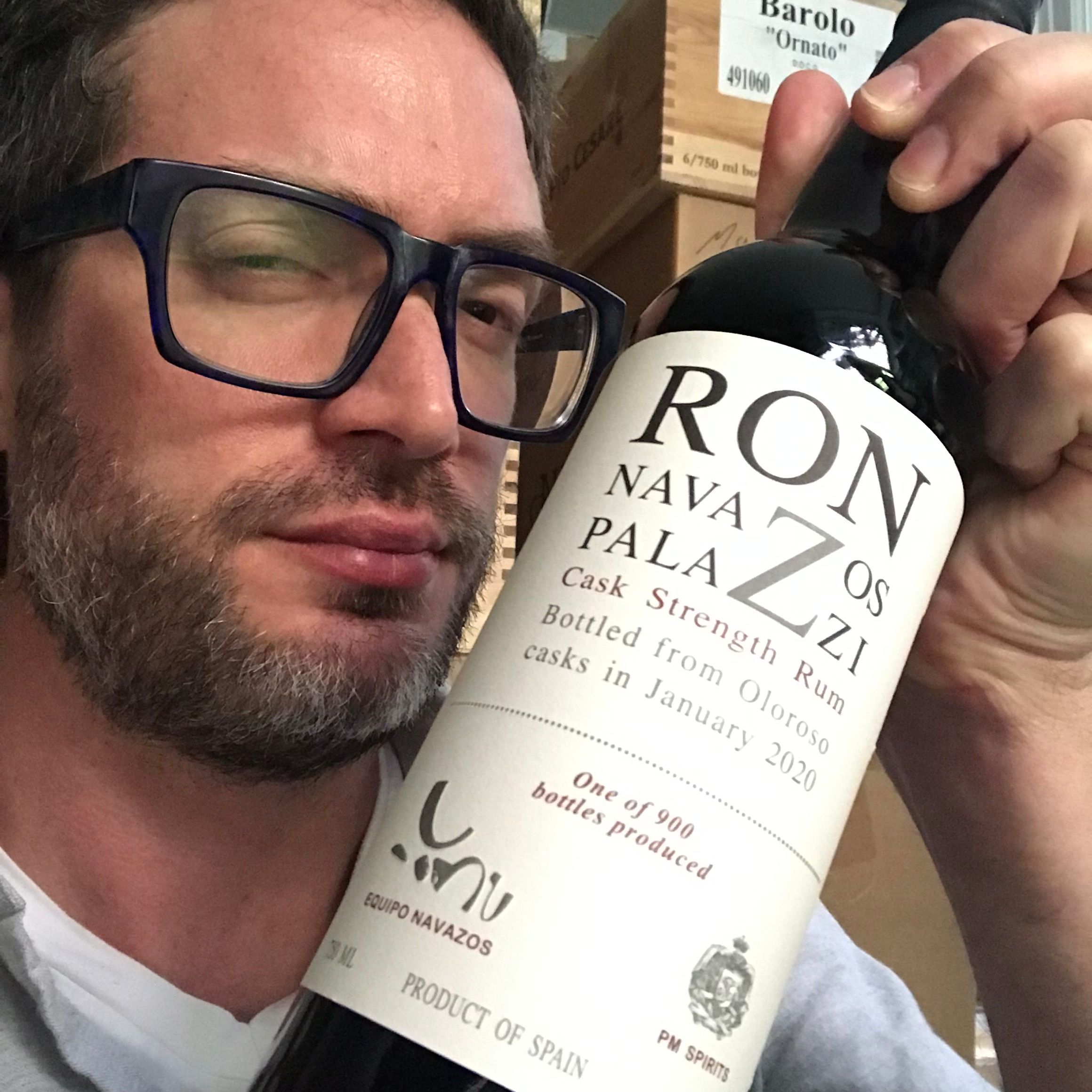 I'm not a HUGE Rum guy...and by that, I mean that I really enjoy it, in all the varying styles, but I don't geek waaaaay out with it.

Then, every so often, I encounter one like this 2020 Edition from Navazos-Palazzi (which I'm imploring you to consider today), and I question my lack of pursuit of it.

The team from Equipo Navazos, intrepid bottlers of super-unique, one-off Sherries and Nicolas Palazzi, intrepid importer/distributor of some of the coolest boutique spirits on earth, teamed up some years back to create the 'Navazos-Palazzi' project, which began with the mission to acquire, age and release single-cask Jerez Brandies.

They now have malt whisky, grain whisky and rum, all of which sit patiently in casks that once housed varying styles of Sherry.

They even have a Gin that's aged in old Jerez Brandy casks!

It's hard for me to not think of Michel Couvreur when I see what they're doing.

This is why there's so much more character, specifically a vinous character, to these kinds of drinks than there is to your more commercially-scaled 'sherry finished' dram - not only do these typically spend more time than said products in the sherry cask, but they're also way more influenced by the particular Sherry itself, not just the dry wood that once touched it.

Everything is bottled at cask strength, and is labeled either by the year (which is typically a blend of a few casks) or the specific barrel number (single cask).  In other words, everything is a one-off, true expression of that particular spirit in that particular cask or set of casks, and that particular combo will never yield the same final product again.

I don't know quite where to begin when describing the taste...and maybe that's because when you first taste it, you don't know which way to follow it.   Right off the bat, it feels like it's pulling you in five directions at once.   There's so much going on at once here that you have to focus a bit to get your bearings straight.

To be fair, it's so deliciously flavorful and effortlessly smooth, it goes down so easily, that one could easily just enjoy it for enjoyment's sake, which is something I'm certainly a proponent of.

It's quite dark in color, and not just 'rum dark' - I mean dark as in 'that spent a looooong time in the barrel dark'...the way a really old Armagnac is 'dark'.

Which brings me to my next point - the first thing you notice on both the nose and palate is that character you get from a very old Armagnac...that beautifully genuine wisdom that only decades of time in old wood can impart on a spirit.

Then, as you follow that character a bit, you start to see the Sherry elements emerge, where the savory/oxidative things begin to dominate your attention...and you're reminded of a cool old Jerez Brandy.

Finally, as you reach the lingering finish (again, this progression happens on both the nose and palate for me), it becomes obvious that you're drinking a rum...a gloriously sweet/spicy/supple rum with just a kiss of the pungent, earthy elements you get from those 'funkier', ester-rich styles.

I'm very excited for this, and I can't stress the Couvreur comparison enough.  This level of character is something that only comes from careful selection and nurturing of each cask at every step along the way.

That's not to say that a bigger, more 'commercial' distillery can't or won't nurture every barrel, but it's a completely different mindset when your aging room has a million barrels in it that you're using to cater to millions and millions of customers.  While there certainly is plenty of beauty in a 'brand' that tastes the same from batch-to-batch over the course of decades, in terms of flavor, and the experience, there's just no substitute for something like this.

And that kind of character is just not something that can ever be 'scaled up' to meet a wider demand.  This is truly a single-edition experience - this 2020 is different than the 2019 was and it'll be different from the 2021.

So get your hands on one (or more) of these 900 bottles, because...when they're gone, the spirit of this spirit is, essentially, gone.

I say 'essentially' because something tells me that its spirit will live on in your mind long after that time has passed.

For those of you who're like me, and enjoy the occasional act of being everyone on earth's least favorite person (aka smoking a cigar), this is a must on your bar shelf...

All spirits are subject to NY Sales Tax and may not be shipped across state lines.

We will gladly hold out-of-state purchases for future pick up or will be happy to send to a friend or relative of yours in NY...one you trust enough to leave something this good with, of course...