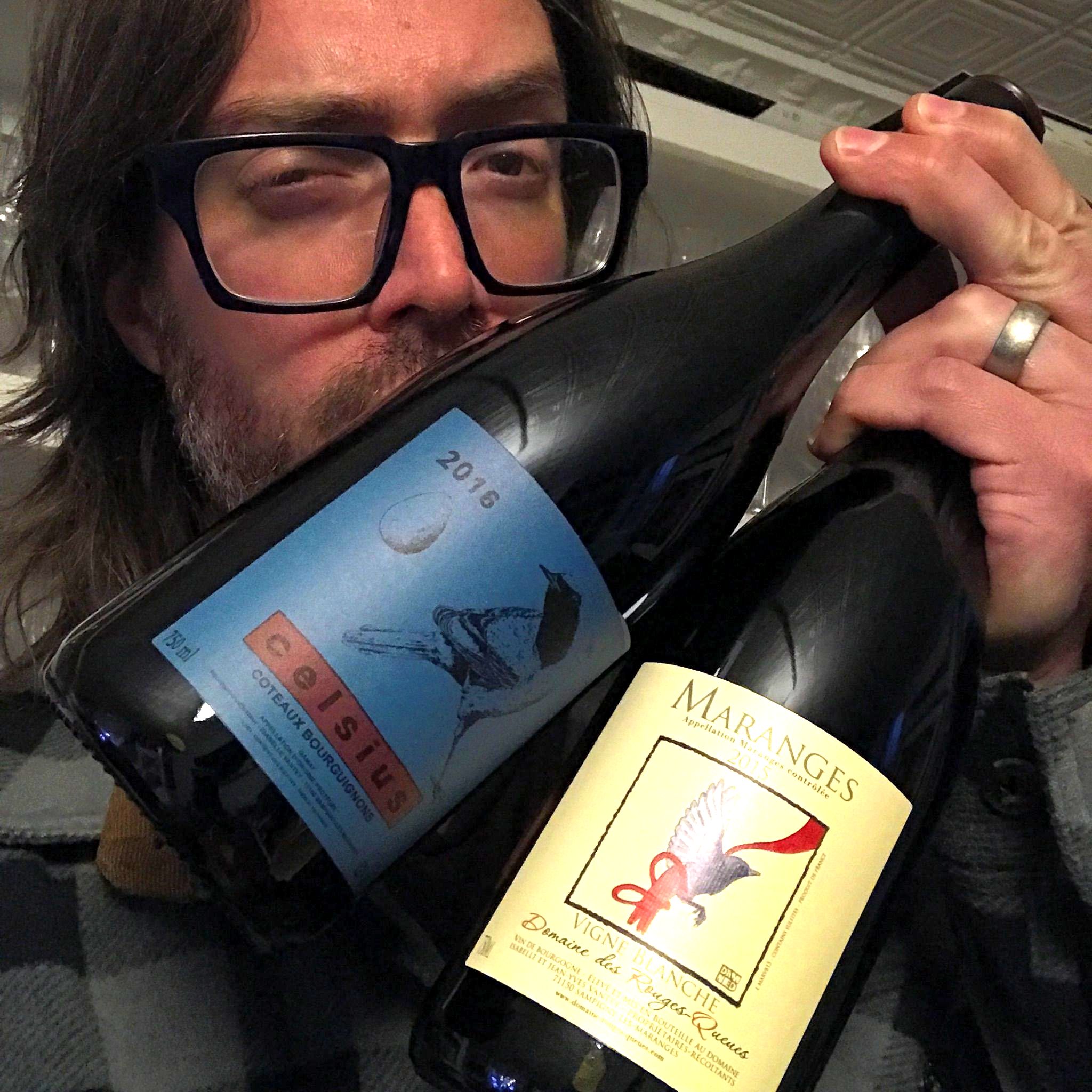 So, last night we had an in-store tasting with three stunningly good wines.

(The third one was the Fracassi Barolo Mantoetto 2013, which has gotten so good since I first offered it last year that I'll be hounding you all again about it very soon.)

Both the 2015 and 2016 reds from RQ are, across the board, pristine, transparent, highly fragrant, wonderfully balanced and have the perfect level of pungent earth.

I'll get right to it, the 2015 Vigne Blanche totally fantastic.

Like, seriously, one of the best $30-ish bottles of Pinot Noir I've had in a long, long time.

It's bright red, pure, supple and so energetic.  The complexity it shows on the nose and palate is like nothing you'd expect from what is traditionally known as a 'pedestrian' terroir.  The fact that it was a rather quiet Wednesday night at the tasting is the only reason I think we still have any left.

The quality/price ratio for Burgundian Pinot Noir here is as high as anything we've sold that I can recall.

Proprietors Isabelle and Jean-Yves Vantey, really wanted to obtain land in the appellation of Santenay, but because they couldn't afford it , they instead decided to cross the street and plant their flag in Maranges.  We're all very lucky that they did...

The Celsius has been one of my favorite wines on the shelf for the last month or so.  In 2016, as was the norm for most producers, RQ's crop of Pinot was decimated, so in order to have more wine to sell, they sourced some Gamay from Beaujolais and produced this absolutely lovely Coteaux Bourguignons.

Just the other day, I was texting with a good friend about some wines they've been enjoying and he asked me to put a case together that included a few bottles of the 'Color Collector' (the stunningly-pure, fragrant Gamay-based wine from Oregon that we've been waxing poetic about for the last two years).

"Sorry man, that's all gone until next release,' I said.  'But I have just the thing to replace it with...'

That, of course, is the Celsius.  To put it simply, this is the 'French' version of the Collector.  It's got the same pristine purity of Gamay fruit and haunting, dancing aromatics that the CC shows, but instead of speaking like an Oregonian, its accent is decidedly French.

The fruit is dark and generous in nature, but the profile so dainty and the fresh earth and spice so lively, so focused, that it's just a pure pleasure to experience.

I got home after closing up shop last night and had the leftovers with me.  They're both so eminently drinkable, that I literally had to force myself to stop the whole 'one more pour' thing and go to bed.

Sometimes that happens in the life of a wine dealer...but I do it all for you...