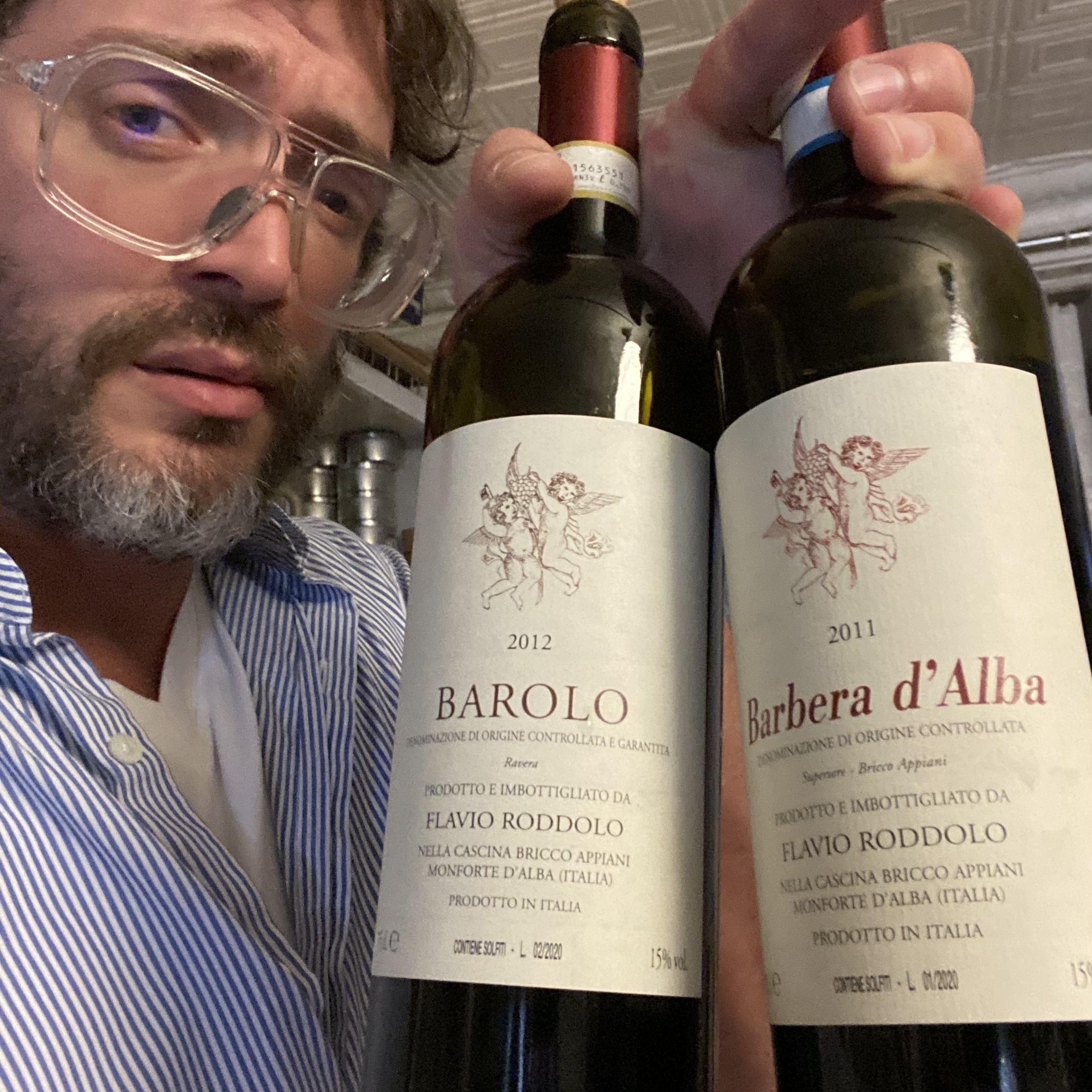 At long last, a new set of wines from one of Piedmont's great unsung masters has arrived.

Flavio Roddolo cares deeply for his wines.  So much so that, after having nurtured them though what are usually a very long elevage, he gets so emotionally attached to them that he finds it hard to sell them, in some circumstances going as far as having a one bottle policy for those who visit his cellar.

His importer here in NY, Jan d'Amore, must get frustrated having to answer questions about when the new wines will arrive.  Roddolo, he'll tell you, keeps insisting that 'the wines aren't ready.'

I will say, though, that I do appreciate such an approach, because, when he does deem them ready, they're really ready...and by really ready, I mean really good.

Jan came by last week to show us the new arrivals - the 2011 Barbera d'Alba Superiore Bricco Appiani and 2012 Barolo Ravera.

We'll start with the Barbera, because as brilliant as Roddolo is with Nebbiolo, it was his handiwork with Dolcetto and Barbera that I first fell in love with.

The 2010 Barbera Bricco Appiani was a tough act to follow, but this 2011 is fabulous and there are even some aspects of it that I think are better.  It's yet another brilliant example from Roddolo of how well Barbera ages, and the beauty is that you don't have to wait to find out what I mean.  It’s hitting the market at age 10, after all.

It's fully mature, with loads of deep, dark, earthy Barbera fruit and fantastic balancing acidity.  The mineral, savory core softens at the edges, allowing the flavors to expand across your palate, all the way to the finish.  Oh, how it makes me want the cool Fall days to arrive, now, so that the Sunday comfort meals kick into gear, with a bottle of this by their side.

Then we have the 2012 Barolo Ravera which, like the Barbera, oozes with Roddolo's signature dark, rustic style.  It's one of the better 2012s I can recall - rich and powerful, but loaded with dense, stony nuance to perfectly compliment all the floral, earthy Nebbiolo character.

It's pretty dang good right now - a nice spell in the decanter will have you floating in Barolo bliss - but it's not going anywhere fast.

Considering its price, its already-mature status and its ultra-classic profile, this is a helluva lotta wine for the money.