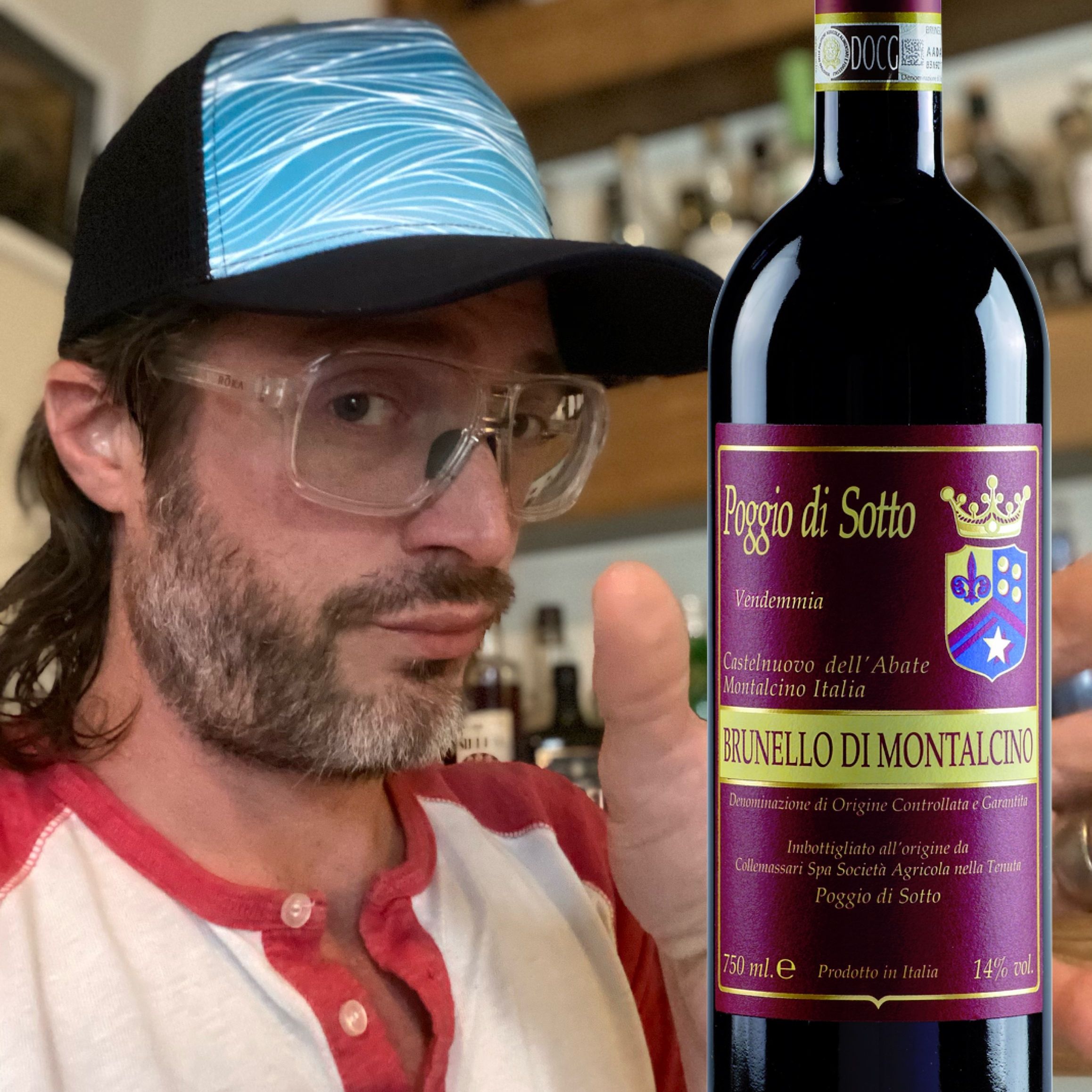 There are a couple of layers to this one today (and it's lengthy) but, please bear with me.

Eric Asimov of the NYT wrote an article last week entitled How to Think About Wine Vintages, with the subheading “Conventional wisdom can often lead consumers away from delicious wines. Better to think of individual years in terms of character than of quality.”

When it comes to opinions about how to approach wine, when reading his, it often feels like I’m reading something that I wrote myself, though written in a much more...respectful (?) tone, I suppose...

Anyway, there are probably a dozen quotes from it that I could mistake for the voice in my own head, or the one I let fly on others in conversation.  While the sentence where he wonders if the ‘hype vintages’ in Burgundy like ‘05, ‘09 and ‘15 are really better than ones such as (proceeds to name the four vintages that I most often seek out myself) felt particularly synchronistic, this one is the crux of the discussion -

If declaring that a vintage is mediocre can sometimes be a problem, so can the characterization of a year as great. Too often, I’ve seen consumers who become fixated on vintages deemed great by critics dismissing wines from other years that might give enormous pleasure, often for much less money.

This leads me perfectly to my next point concerning today’s wine.  In one of my previous stints as a wine salesman, the much ballyhooed 1999s from Montalcino were nearing the end of their initial availability, and the much anticipated 2001s had yet to really arrive, so we were selling the lovely, juicy, elegant and, to me, unfairly-maligned 2000 vintage.

Keep in mind that this was the early aughts, aka the tail end of the peak of influence for the handful of all-powerful publications and their 100 point (in reality, 20 point) scale, and, for whatever reason, Montalcino was particularly subject to said influence.

(Never mind the fact that the most cherished vintage for Brunello to that point was 1997, a year that most people ended up getting burned on because so many of them fizzled out rather quickly...but that’s a whole other discussion...)

I can’t tell you how many times I heard ‘nah, those 2000s aren’t any good’ from customers.

Please understand that this isn’t some sanctimonious judgement of anyone, I understand that few people get to taste as much wine as someone like me does, and, when you have to make the call on what to purchase, especially for future drinking, you often have to rely the opinion of others.

I mean, crap...my search history is as full of ‘best (insert product type) of 2021’ inquiries as anyone else’s is.

But, with wine, what makes a vintage so special is the fact that it defines a year.  It’s a snapshot or a time capsule of a short period of time, and one that we get to not only enjoy for years to come, but also use remember that year.

Did you meet your spouse then?  Did you have a bad breakup?  Was it the year your child was born?  Was it the final year that you were able to enjoy a glass with your wine-passionate father before you lost him?

I find it hard to believe that producers/residents of California and Oregon will have little to remember while sipping their smoke-inflected wines some 10 years from now.

I mean, consider this -

You’re on a long car trip, and you decide to put on some music and you say to your riding companion, ‘Hey, I have this playlist of great songs from 1991!’...

Let me also emphasize that, yes, there have certainly been terrible vintages in various regions over the years.  But, take 2002 in Italy, generally well-known to be a nightmare in both Tuscany and Piedmont, but where some amazing wines (Monfortino 2002, Soldera Riserva 2002) were still made.

Okay, back to my story of selling 2000 Brunelli in 2005.  Of all of the great 2000s, there was one that, for me, stood head and shoulders above them all at the time and, anyone who I could convince to try some, almost always ended up agreeing with me - the Brunello Normale 2000 of Poggio di Sotto.

Poggio di Sotto, while a celebrated producer for the wine-geek crowd these days, was rather 'fringe' back then, barely noticed by the press, and the few reviews they did receive were, shall we say, less than enthusiastic.

Sotto’s elegant, earthy, mineral, lifted and somewhat quirky (they do tend to have a signature touch of volatile acidity which, for me and other fans, give the wine a beautiful elasticity, but for others is a bit perplexing) style of Brunello was, in a sense, a little too ‘free-form Jazz’ in an age of ‘American Idol’, if you will.

(And, no, I’m not saying people who drank 100 point Brunello back then weren’t sophisticated, I’m just using it to illustrate how small an audience there were for such wines that didn’t fit the zeitgeist of the time...)

(...I mean, seriously, in those days we had five vintages of Bartolo Mascarello sitting on the shelf, for cryin’ out loud...)

I can still remember that 2000 Sotto, though...it was in such a gorgeous place right out of the gate that, not only was it a great way to prove to the 2000-naysayers that it wasn’t such a bad year, but it also was a great way to nudge folks in the direction of elegance in an era defined by power and polish.

It was the perfect chance to prove to them that not every meal requires a wine that clocks in at 15% and weighs as much as a late-70s Les Paul Custom.

That brings me to today’s wine, the 2011 Poggio di Sotto Brunello Normale, a wine that was also from a vintage that was easily overlooked because it was also a warmer, friendlier and less-obviously structured one.  And, like 2000, 2011 also had the misfortune of following a hyped ‘classic’ year in 2010.

Like the ‘00, the ‘11 was delicious out of the gate, but with a few years under its belt, now, the denser, sexier elements have given way to what makes Sotto Sotto...the sublime elegance, deep complexity and profound nuance, all in that wonderfully soft, aromatic package.

If I had to point out one major difference between this lovely ‘11 and that memorable ‘00, it’s that this 2011 is a much redder expression of Sangiovese, which, for me, adds even more levels of enjoyment.  The bright, fresh, lifted feel of this wine is flat out wonderful.

Lamentably, though, the other main difference between the two is the price...but I suppose that 15 years of increased demand and reverence for Poggio di Sotto can only have one effect.

But, while today’s pricing certainly isn’t cheap, it’s a deal on wheels compared to what you’d normally pay.

So, while there’s absolutely nothing wrong with anticipating great vintages (I am anticipating the 2015s and 2016s from Poggio di Sotto as much as anyone, and, yes, I’m getting some lined up for another offer soon), for what feels the millionth time in my wine-selling/writing career, I implore you...don’t dismiss the 'other' vintages out of hand.

Not only are you denying the existence of entire years in a given region (hyperbole, I know...but, c’mon, I’m on a roll...), but you’re denying yourself a whole lotta character, intrigue and enjoyment.

I can’t tell you how many times I’ve quietly enjoyed the ‘lesser’ vintages at a wine dinner while everyone else clamored for the trophies that were in no way showing better...

(and thank you, Mr Asimov, for again giving voice to the voice in my head...)