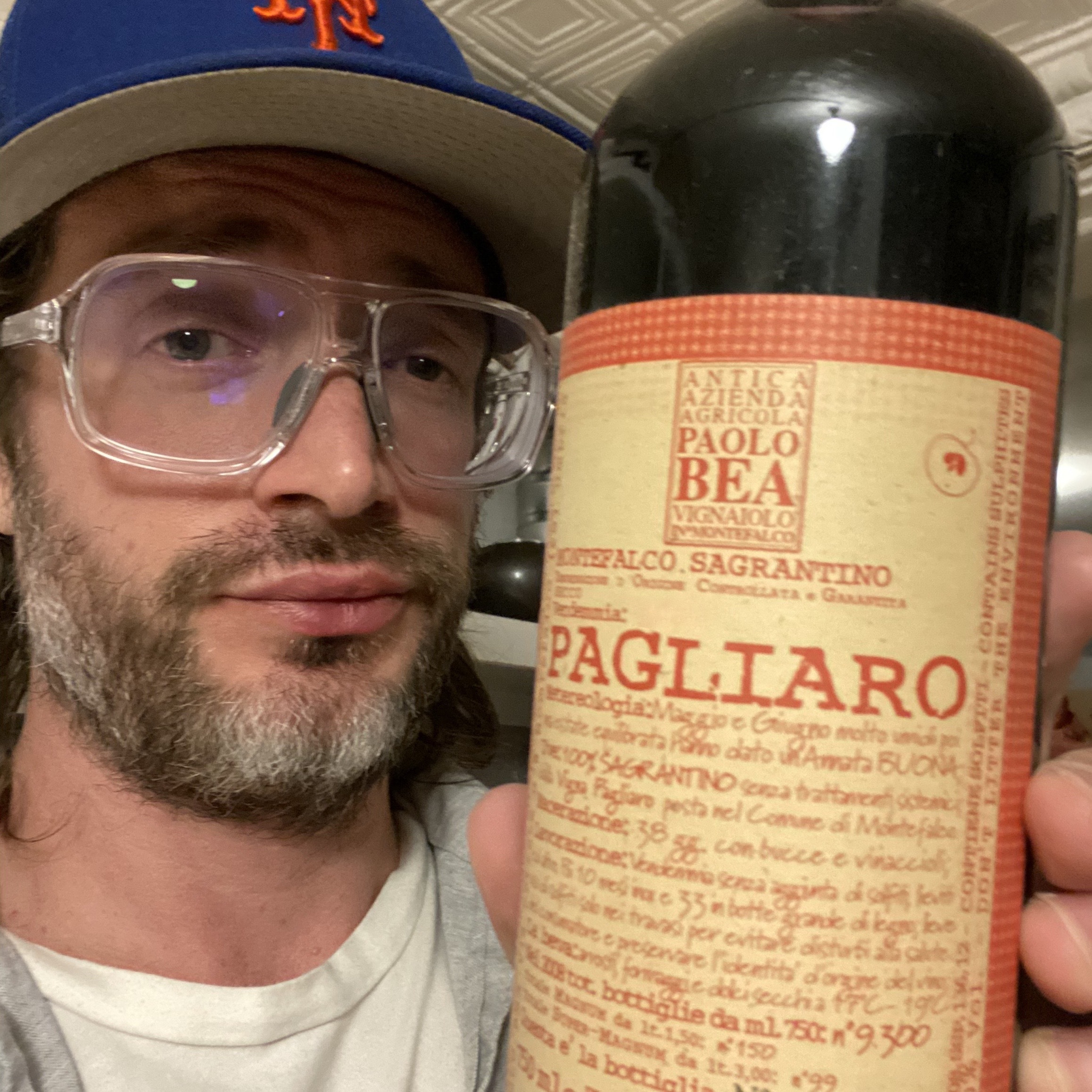 It's Saturday morning, and I know you just woke up and said to yourself, 'Boy, what would really start my weekend off on the rightest of feet would be if someone sent an offer for some Paolo Bea...'

...a fresh release of Paolo Bea, and a Spring Shipment, at that.

And by 'Spring Shipment', I of course mean it's centered around the flagship Sagrantino Pagliaro and its mini-me, the Rosso de Veo.

Both wines are 100% Sagrantino, and both are from the 2015 vintage...which is to say that they're both the vinous equivalent of a quasar - dense and massive, with gravity on an unmatched scale, and they savagely propel all manner of exotic, elemental character to the farthest reaches or your sensory spectrum.

The Rosso di Veo 2015, made from the young Sagrantino vines, is a bit more playful, and a bit less refined, but what it lacks in wisdom, it makes up for in pure spirit.  It's easily the most structured Veo that I can recall since this 100% Sagrantino iteration debuted in 2005.  Though it's typically the wine that gets consumed the youngest, I'm very eager to see how it develops over the next 5-7 years.

While the flagship Pagliaro,  the wine put Bea on the map of most drinkers, is always the densest, most powerful and sexiest wine in the lineup, as mentioned above, this 2015 takes everything you've ever come to expect from it, and brings it to its fiercest, most uninhibited evolutionary state.

This beast-in-a-tux has the muscle and backbone to last about as long as you're willing to let it, but, with fruit this dark, dense and complex, it deftly carries the weight of its tannic structure.

As always, this Spring Shipment also brings with it a second, limited arrival of the also-showstopping Rosso Riserva Pipparello 2015 and the lifted, refined 2012 Sagrantino Cerrete, both of which we received back in the Fall, and both of which are always in demand.

So, enjoy your weekend, secure in the feeling that you scored some super-serious Saturday Sagrantino.

You are, as always, quite welcome...