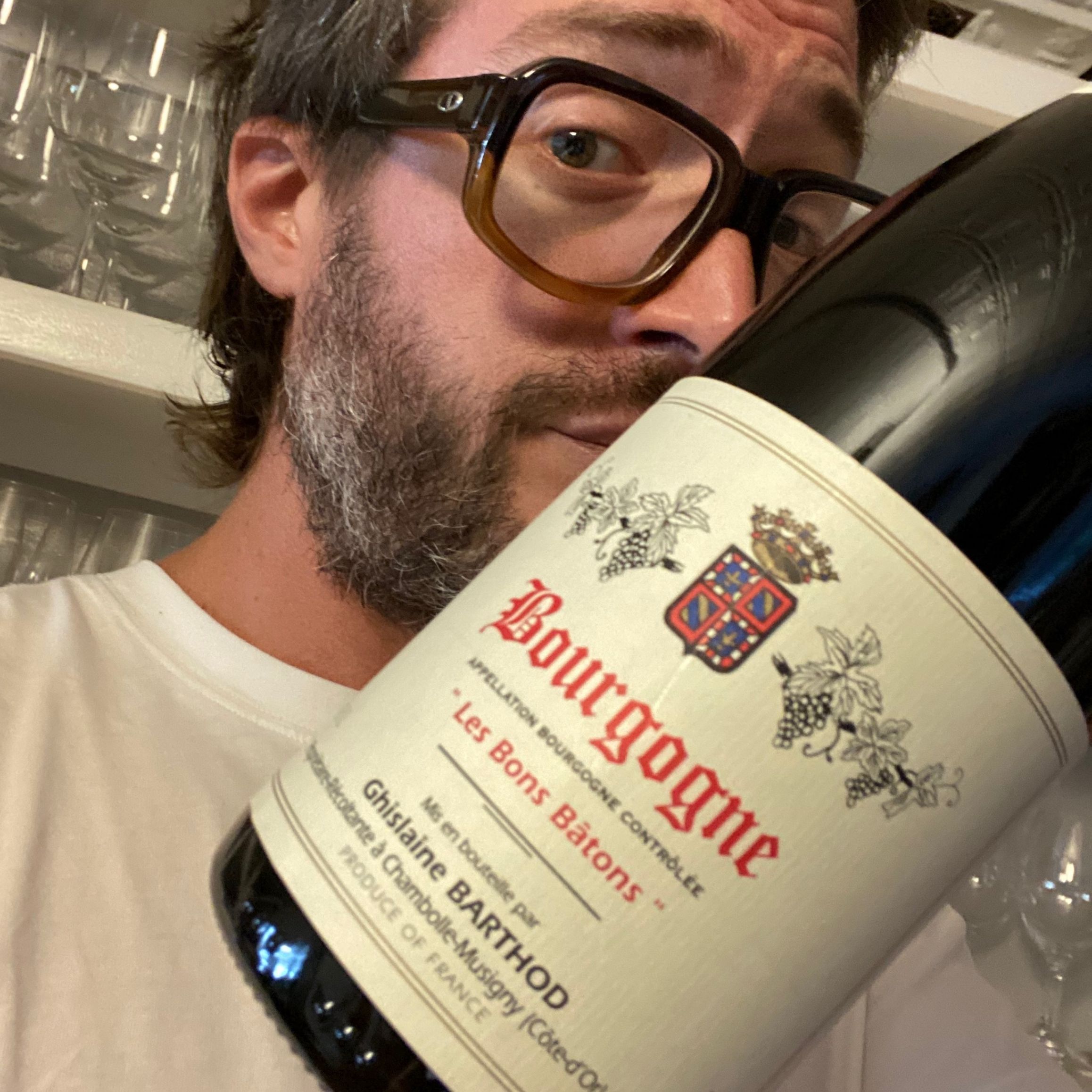 'You should stash a few of those before they're gone...'

That's a recurring thought I have, year after year, with many wines here.

'Better grab one of those Franchino...'

'Did you remember to put away a Cavallotto San Giuseppe?'

One such wine that this often happens with is the always-brilliant Bourgogne Rouge Les Bons Batons of Ghislaine Barthod, arguably the most celebrated producer in Burgundy that doesn't have a Grand Cru bottling in her lineup.

Yes, her 1ers Crus from Chambolle are some of Burgundy's most sought-after wines, but even back in the halcyon days of Burgundy collecting, when people could walk in, scan the shelves and nonchalantly say 'I'll take a case each of Fuées, Charmes and Veroilles', the inevitable and breathless followup was usually, 'do you have any of the Bons Batons?!'

The point being that, even when this was a $20 bottle that was thought of as the 'everyday drinker', those who knew would take all they could get their hands on.

Even now, I'm typically lucky to get more than a few cases of it...

So WTF am I doing sending a blast on such an in-demand/short-supply wine, you ask??

Well, it's a Monday...in late August...and I guess I'm feeling the urge to live dangerously??

Really, it's because I jumped on some extra that was available, and it's here...and it's crying out for me to grab a case...

Here's the deal...it's all for you...in fact, I'm not going to snag even one bottle unless there is some left at this time tomorrow.

In other words, DO NOT HESITATE, because this will go really fast.

As badly as I'd love to have one to dust off on a Fall Sunday with a roast chicken dinner a year or two from now, I'm going to refrain...because, like the people 'who knew' back in the day...it's time for you to 'know'.

(And if you've 'known' all along...then you probably skipped right to the bottom of this anyway...)