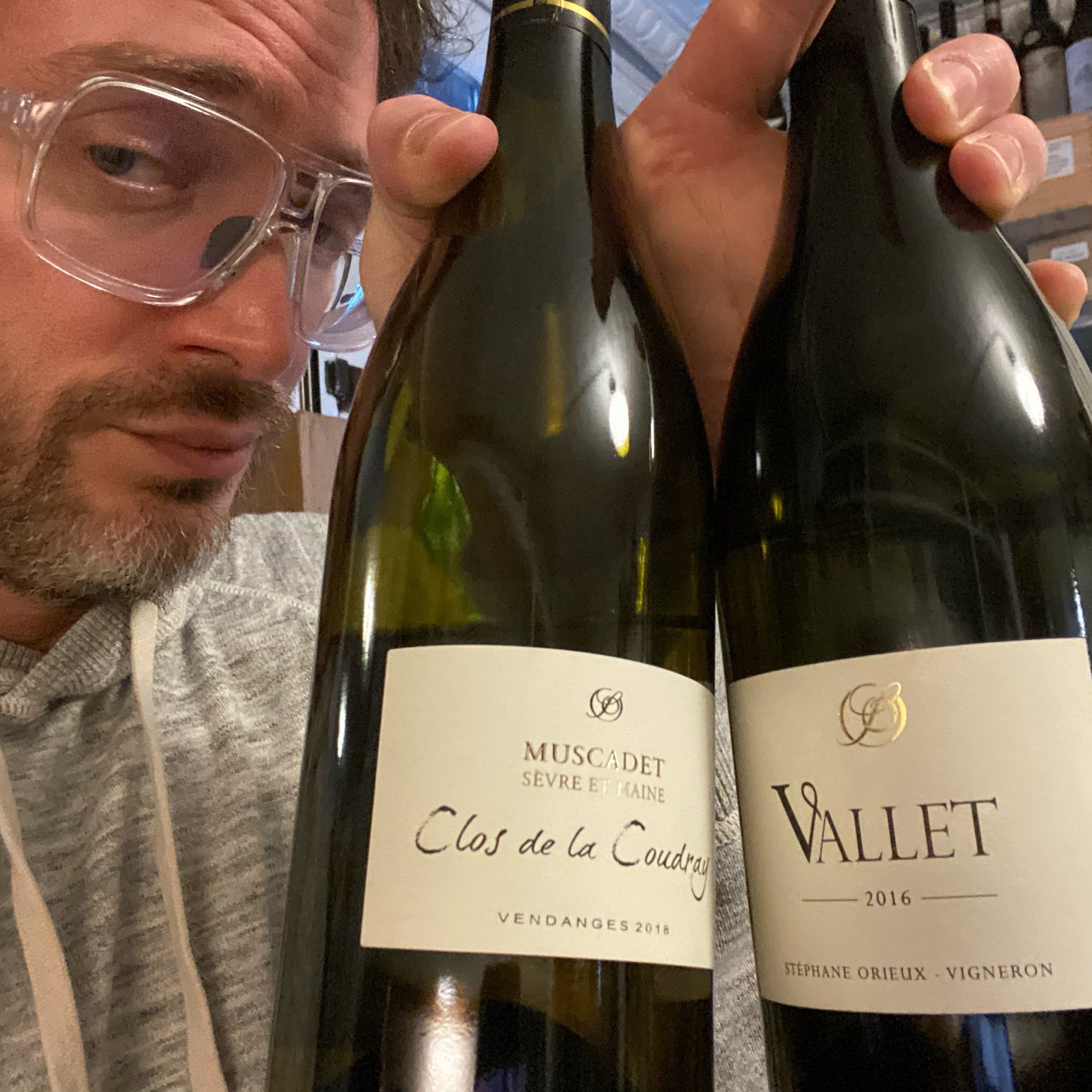 One of the Original Badass Muscadet Producers Who You've Likely Not Heard of...

The other week, for the first time in months, my friend Mike Foulk, the 'F' in MFW Wine Co., an importer whose wines you’ve all become big fans of over the years, came by the shop to pick up some bottles he bought from me and also to taste through a few things.

If was the first 'appointment' we've had together here at the shop in basically a year, though ever since I opened MCF, any time Mike has come by to 'taste a few wines', what should usually take 15 minutes, ends up lasting and hour, at least.

Even more than a colleague, he’s a good friend, so I suppose I should call our ‘appointments’ what they really are - just afternoon hangs. In between long convos about the biz, about kids, about life, we often have to remind ourselves to actually taste.

Among the wines he brought by, were three from Domaine de la Bregeonette, a totally underappreciated producer of classic, mineral/terroir-driven Muscadet.  We’ve been selling them in the shop for years now, especially the base-line Muscadet Sevre et Maine, which has become one of the everyday staples on the shelf.  So much of a staple, in fact, that when it’s not there, people get annoyed at its absence.

What we were tasting that day, though, were Bregeonette’s two higher-end, single-vineyard Muscadets, the Clos de la Coudray 2018 and the Vallet 2016.

Both wines were fabulous, and it was a really eye-opening tasting.  I’ve had the wines before, but tasting them side by side was not only a clinic is ultra-classic Muscadet, but it also further highlighted the unique character of each with respect to the other.

Great Muscadet, when young, is often thought of as a 'Chablis' stand in, due to its focused texture and intense flinty/mineral core. For me, though, where Muscadet really begins to showcase itself as the singular wine that it is, is after some time in bottle. The mineral elements persist, of course, and often become more intense and nuanced, but what really begins to emerge, is a gorgeously viscous texture and, most importantly, a savory, cheese-like nuance.

I'm talking cheese-y in the best way...like a firm, aged Parmesan-type flavor. While this element is also a signature of some of Central/Southern Italy's great white grapes (Pecorino, Trebbiano, Fiano, Grechetto, etc.), for me, great, mature Muscadet is really the only place you find it consistently in France.

(You may notice that I've refrained from spelling it 'cheesy', which is my attempt at distancing this most-enjoyable character from a word so loaded with tween-aged negative connotations. Unfortunately, when it comes to wines like this, there's no other way to effectively describe it...without wandering into the affectation-drenched world of hyper-specific wine flavor indicators, of course.)

The Coudray, despite being a 2018, had a surprisingly deep color, and was gorgeously textured and full of stony, lees-y character.  Being relatively young, there were only whispers of the savory, cheese-y elements hiding inside the otherwise taut framework.

The Vallet, despite being two years older, was much lighter in color, but, on the nose and palate, was clearly the more mature wine.  Again, it was mineral-packed and focused, perhaps a bit more elegant, brimming with the lees-y elements, and 'the cheese' was coming clearly into view.

I instantly knew that not writing both wines up would be a case of wine merchant negligence of the highest order.

In addition to enjoying the wines, Mike and I were also enjoying seeing Raphael have a real ‘a-ha’ moment, this being his first experience with older Muscadet.  It's always fun to see someone experience something in a wine that, until that point, they've only ever heard other people talk about.

Neither of them were in ‘drink now’ places, either...they both have a good aging life ahead of them, something that was truly reinforced when Mike offered to ‘blind’ us on one last wine.

My first whiff of it had my senses firing, it was all kinds of savory, deep, smoky, stony and, yes, super cheese-y.  So much of 'the cheese', in fact, that I was ready to peg it as a fully-mature example of one of those wines from Central or Southern Italy I mentioned above...like borderline Emidio Pepe territory.

Mike, not one to keep us in suspense, quickly held it up and it was a bottle of Bregeonette's basic Muscadet from 2010.

If their basic, $17 bottle could age that well over a decade, just imagine what the Coudray and Vallet can do.

It’s also worth noting that, while producers like Pépière have come to define Muscadet for Americans over the last 20 years, Bregeonette has been producing this style of organically-farmed, terroir-driven, age-worthy Muscadet since the 60s.

As a matter of fact, when Marc Ollivier of Domaine Pépière was first starting his conversion to organic farming, he tapped Stéphane (grandson of founder Joseph) Orieux’s shoulder when he needed advice.

It was great to see Mike, and quickly talk away two hours. It was also great to taste all these wines together, because it was a great reminder that Bregeonette is a benchmark for Muscadet, a benchmark that it's high time has received their due recognition.

Here's our chance to start that process...