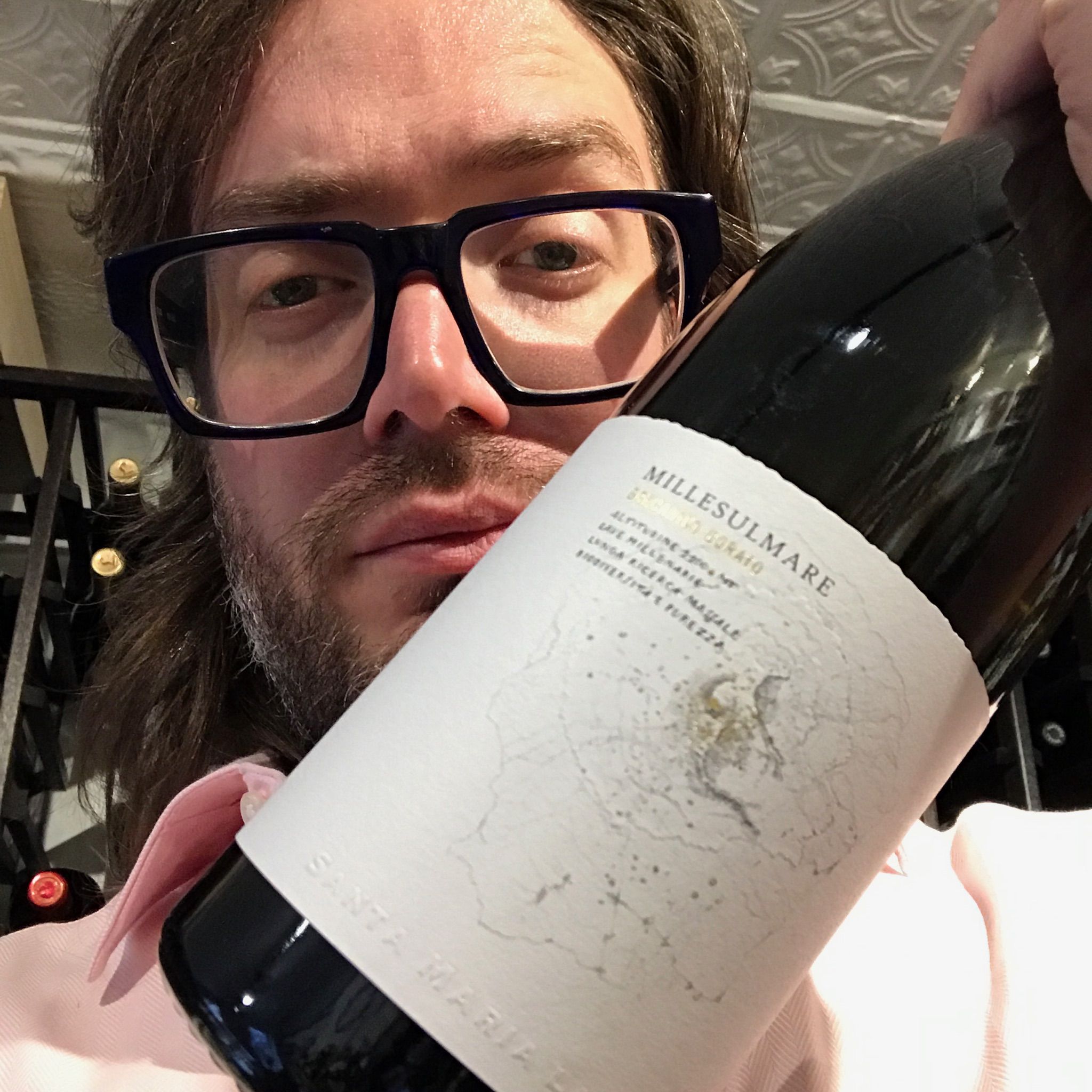 So I suppose that's an interesting place to start - why it is that I'm sending out an offer for a white wine that I fell in love with and consider the best white of 2018 now, in 2019.

Sonia Spadaro Mulone of Santa Maria La Nave of Mount Etna was in town back in October and Peter, my rep from her importer, called me and said 'Hey man, you gotta taste these wines from Etna.  I have the producer in town this week.  Can we swing by?'

I agreed and they came by the next afternoon.

Now, full disclosure, I'm usually hesitant to take a 'work-with' appointment (when a sales rep has someone from the winery with them) for wines I've not had yet tasted.  But Peter doesn't BS me, so I was intrigued.

I also should note that Barbara Liuzzo from Barone di Villagrande was also part of the appointment and her wines were also delicious, but at more of the 'value' end of the spectrum.

So after tasting the Villagrande wines, I was already pleasantly surprised.  But then Sonia poured me a dash of this Millesulmare Bianco 2015 and the whole situation changed.

The nose of this wine was like nothing I've ever experienced, certainly from Etna.  Yes, it clearly was from Etna, but nothing I've ever encountered showed this much precision, this much complexity in a package that was so delicate and subtle.  It was a whole different level of Etna white.

Sonia then began to show me the books and pictures and maps and tell me all about the wines.

At that point I'd taken a sip and I'd almost completely shut the world out, for a few seconds anyway.  I was lost in a world of smoky, cheese-y aromatics, an angular, racy, subtly savory citric fruit and a chiseled, densely-mineral backbone.

It lingers for a long while on your palate, but the texture is so refined that all of this flavor is, at once, right in front of you, but also impossible to get at.  It retreats in a way that leaves you wondering if it really just happened.

So, of course you have to take another sip...

I snapped back into the moment just in time to hear about the Casa Decimo vineyard, which sits at 1100 meters above sea level on the North-Western slope, planted of the hyper-local Grecanico Dorico varietal and possessor of a warm, dry daytime and very cool nighttime climate.

To be honest, many wine buyers would be taking all kinds of notes at this point, cramming in as many factoids about the wine as they could.

In case you haven't noticed from reading this newsletter over the years - I'm not much for factoids.

I care for tasty, tasty wines.

Which is what this is.

This is a white from Etna elevated to a level that I always dreamed of.

My first thought was, 'I need to buy all of this.'

Then Peter told me I could only have two six-packs from the current shipment, but that I could have more from the second shipment.

The first 12 bottles were gone within a day.

A few days later. Eric Asimov of the NY Times social-media-ed about it, and I started to get nervous that I'd missed my chance for any kind of quantity.

But then a new shipment arrived, and I got a nice chunk of it.  But that one didn't make it to the newsletter because one of my corporate holiday gifters drank a bottle and 'had to use it for ', so they went bye-bye.

So, just yesterday afternoon, I was tasting some other wines with Peter and I asked him about it.  He said there was more.  I asked how much.  He said, 'There's more...let me see what I can maneuver from the higher-ups...'

A couple hours later, I got a text saying 'Here you go...'

But it's still not a lot...so don't worry about your 'Sober January"...at least for long enough to grab yourself some...because we all know that around the 12th it all goes out the window anyway...