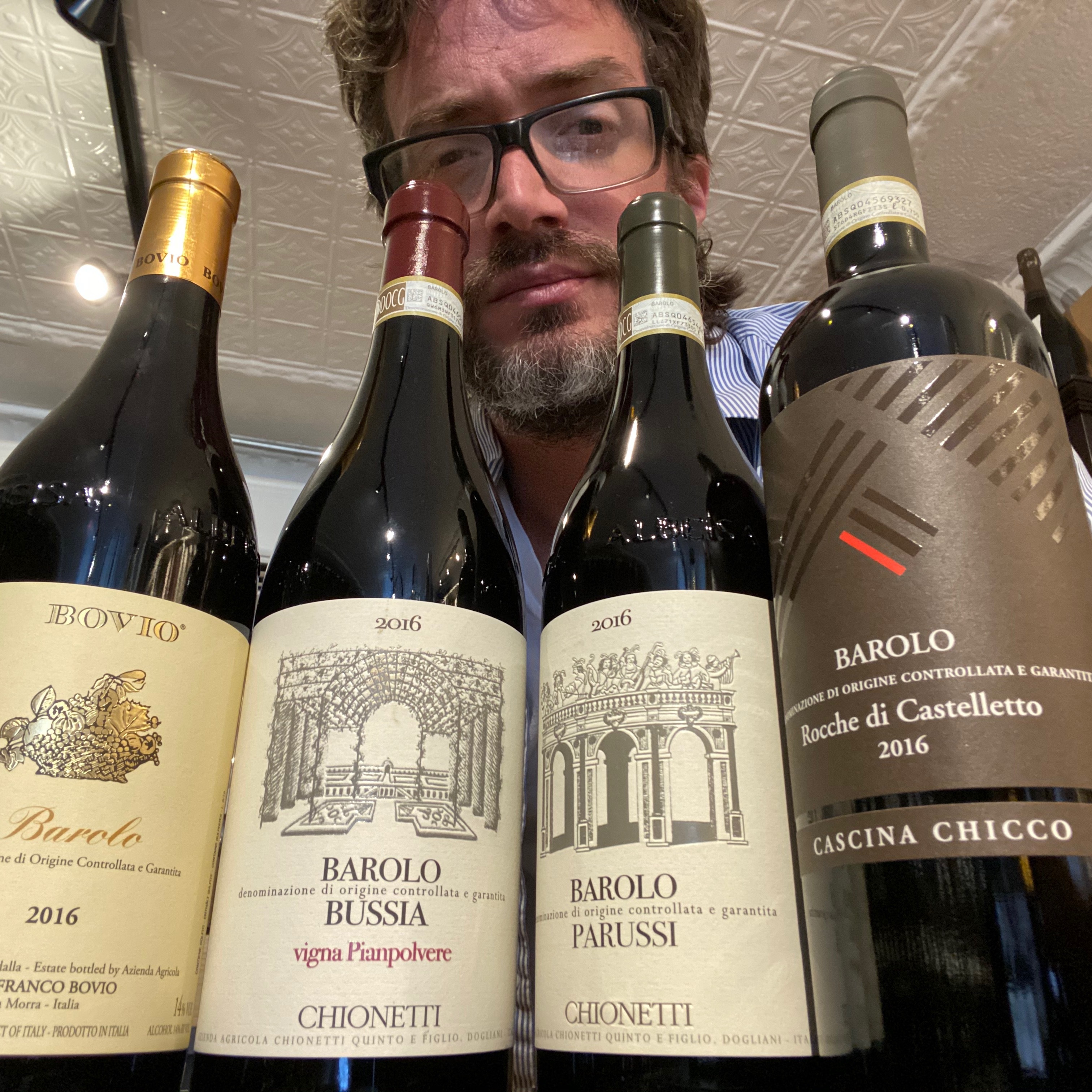 More 2016 Stunners from Above and Below the Radar

Also as in 'nobody know about this stuff, so I'm gonna buy a bunch now while it's affordable and available'.

Most of today's wines are 'Unders' as in that kind of 'Under the Radar'.

One of today's wines is from a producer who used to be an 'Under', though is now anything but...but their Barolo Normale is still an 'Under' in terms of it being Underappreciated.

Even though the Crus from this producer (Brovia, in case you hadn't figured it out yet) are now highly collectible and allocated, their Normale still OVER-delivers for it's price point, especially in great vintages...like 2016.

But maybe it's more accurate that I call all of these wines Over-Unders or something, since they're all still either under the radar and/or underappreciated and they all over deliver in terms of quality.

Anyway, let's get down to business...

Last year's Barolo Primo 2015 from Chionetti, the masters of ageworthy Dolcetto, was a surprise knockout here at MCF.  It was a cuvée wine made from both of their parcels and was called 'Primo' because it was the first Barolo they ever produced.  This year, they're back with the Barolo Parussi and Barolo Bussia Pianpolvere...and they're fantastic.

Both of these vineyards, Parussi and Pianpolvere Soprano, for me, often express the sexier elements of Nebbiolo - supple, generous red fruit combined with a silky, fine texture.  The differences between the two, for me, are largely in the the way the structure expresses itself, and that's definitely the case here.

The Parussi is lithe, fragrant and sleek, with a deceptively soft structure.  In a lot of ways, it reminds me of the way a classic bottle of Barolo Colonnello from the heyday of Aldo Conterno would drink.  While not as dark or dense as Colonnello is, it's got the same generous and very outgoing personality that allows it to drink right out of the gate, but it's also capable of lasting for decades.

Using that Aldo analogy (again, they aren't quite as dark and rich, but it's a nice frame of reference), if Parussi is Colonnello, then this Bussia Pianpolvere is Cicala.  It shows the same general profile in terms of dense, fragrant and sleek red fruits and rosy, Nebbiolo character, but it does so with a bit more muscle and a firmer, more taut backbone.

Then we have the Cascina Chicco Rocche del Castelletto 2016, another of our favorite newbies over the last few years.  What I love about Chicco's wines are the very linear, focused and aromatic style - think Barolo with a hint of Alto Piemonte to it.  The youthful tautness can belie the actual weight this wine puts on as you let it age, though.

What begins as a racy, high-toned wine of structure, evolves into a deep, complex, earthy and very classic expression of Barolo, and I have no doubt about the great things in store for this wonderful 2016.

This brings us to the Barolo Normales of Bovio and Brovia, both of which are standouts in 2016.

Yes, I know that I wrote about Bovio already, but, having just drank a bottle the other day of this bright, fragrant, energetic and outright joyful wine, I feel compelled to remind you all of just how good it is in this year...and, for that matter, just how good it is at this price point!

Finally, for those of you who don't know Brovia, it's time to know Brovia.  There's a reason that, over the last 10 years, they've become one of the 'it' producers that the Barolo traditionalists all clamor for and, if you want to know why, this fantastic, structured Normale will illustrate it perfectly.

None of my customers who buy the four Cru Barolo don't take at least a few bottles of the Normale.  It's got all the classic, old-school beauty of Brovia for basically half the price...so, especially in a great vintage, what's not to love?

Over-Unders, Under-Overs...I'm even confusing myself at this point...