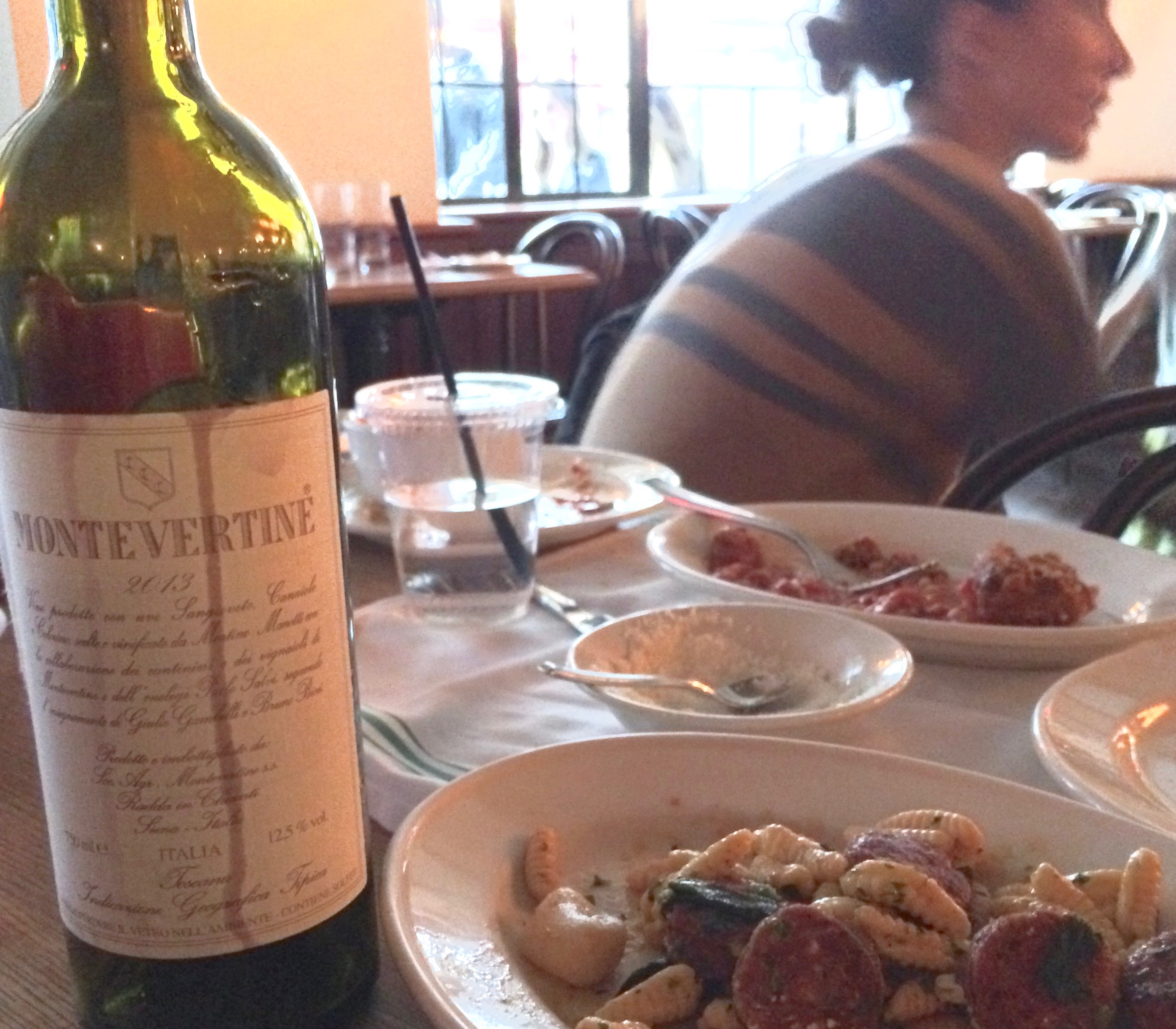 Whenever I hear someone say they don't like Chianti, I usually find myself battling a number of different emotions.

First and foremost, it makes me think they probably just haven't ever had good Chianti.

And then that leads to me understanding their situation because, well, there is a lot of bad Chianti out there.

And, also, I have to acknowledge the fact that most really good Chianti is of a style that isn't for everyone.

Then, I always find myself being a little angry about it too.  I'm not angry at them for having such an opinion, I'm mad that it's possible to have this opinion in the first place.

All of the reasons it's possible to feel this way about Chianti have been discussed ad nauseam, so I won't dwell on them, but if you've ever had a wine like this one from today's offer, you'd probably find yourself perturbed with the whole situation as well.

Proper Chianti is one of the world's great wines and, here in 2016, it still faces a stigma.

At a late afternoon dinner (because when you have two kids under four, you go to restaurants for dinner at 345pm and still don't get to really enjoy it because rather than disturbing all of the other diners, they do laps around the empty restaurant and annoy the staff), we had a sneak peak of today's wine with some fabulous pasta and saltimbocca and, well, it was just perfect.

Oh yeah, I suppose I should mention that 'today's wine' is Montevertine's 2013 Montevertine -- the flagship wine of this most famous of estates.

For those of you who don't know, this wine is a Chianti Classico...perhaps the Chianti Classico.  It's not called one because, in the early '80s, then-proprietor Sergio Manetti refused to put Trebbiano into the blend as the laws required at the time.  He decided he'd rather leave the consortium and label his wines as Rosso Toscano instead.

All of the anecdotes aside, though, I'll just say the wine was fabulous.

The nose was robust and complex -- chock full of the great bloody, iron-y dark-red Sangiovese fruit.  It was the kind of sniff that draws you down into the glass, one that had me immediately wondering if this would be the best Montevertine of recent memory.

On the palate, this 2013 was, given how generous the nose was, a little tight.  A little tight, but still very good.

But, this is what great Chianti is all about -- very restrained flavors, and a stiff backbone.  The tannins of Chianti are never brawny or imposing as much as they are...tight lipped, if you will.

You know there's a lot of beautiful character behind them, but you're going to have to be patient in order to find out what the wine really has to say.

This is the best Montevertine of recent memory for me, and as fabulous as this wine is now, my recommendation, perhaps more than with any other vintage of this wine, is to buy a few bottles at least.  Drink one or two now, just to get an idea and then let the rest go for a while, 3 years at minimum.

When you have one that's right in its prime, my gut tells me that you'll probably never disparage good Chianti again.