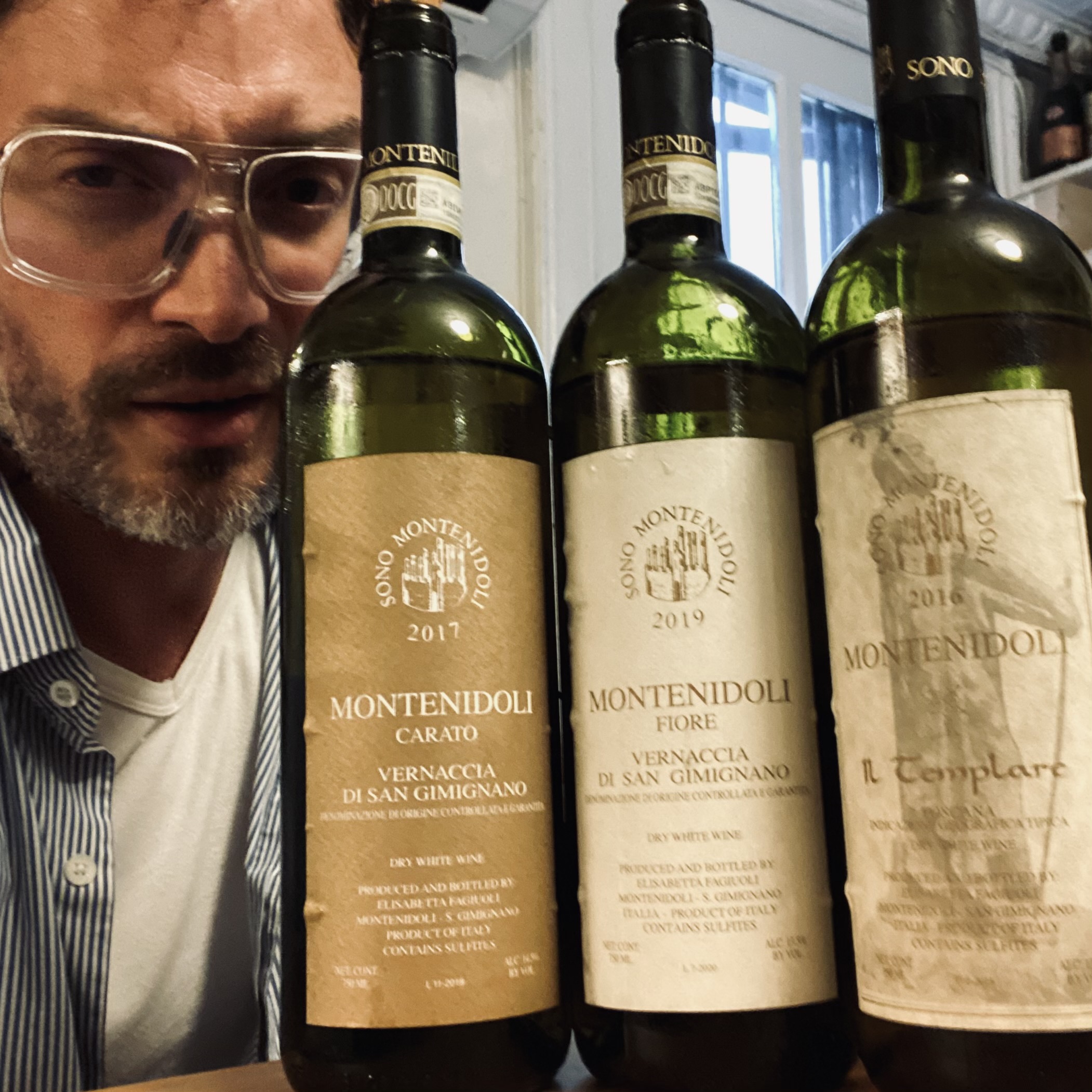 So, last week I wrote about the fabulous Canaiuolo Rosato of Montenidoli and, while extolling its virtues, I happened to sneak in a little tidbit about how I felt that Montenidoli's 'whites are where the action is'.

So here's my offer for them...and all of their action...

Vernaccia di San Gimignano has long been considered one of Italy's greatest white wines, and, for me, Elisabetta's versions are the best you'll find...especially these two.

Let's start with the wine that's always been my favorite one they produce, the Vernaccia di San Gimignano Fiore.  Here, the free run Vernaccia juice is vinified in stainless, where it stays on the lees for about six months, and then ages in bottle for a year before release.  This is a fabulously elegant, lees-y, focused and mineral expression of Vernaccia.  The fresh, perfumed/floral elements so characteristic of this varietal are taken to another level that you just have to experience.

Next, there's the Vernaccia di San Gimignano Carato, which is the same basic concept as the Fiore, but it's vinified and aged for a year in old, neutral barriques, and then aged for a further two years in bottle.  The story behind it goes that Elisabetta had a French uncle who always showed up with bottles of White Burgundy, which she fell in love with.  This is her treating Vernaccia in the same serious way.  The neutral barrique and the extended aging time gives the wine a fabulous richness of texture and wonderfully developed creamy, nutty and savory nuances, but the perfumed signature of Vernaccia still rings clearly.  Lovely.

Finally, we have their Bianco Il Templare, a very cool, if somewhat geeky white that's a nod to the Knights Templar, and the way wine was made back then.  It's 80% Vernaccia, 15% Trebbiano and 5% Malvasia that's vinified in the old barriques, aged in the barriques for a year, followed by another year in concrete vats and then a further year in bottle before release.  Here what we have is that super-old-school, oxidative, savory, nutty, waxy kind of Italian white, similar in spirit to, say a Pepe or Valentini.  While it's not for those looking for fresh/crisp, anyone seeking to experience a more ancestral style of Tuscan white - preferably with some rich game poultry or rustic, earthy cheeses - will be smitten.