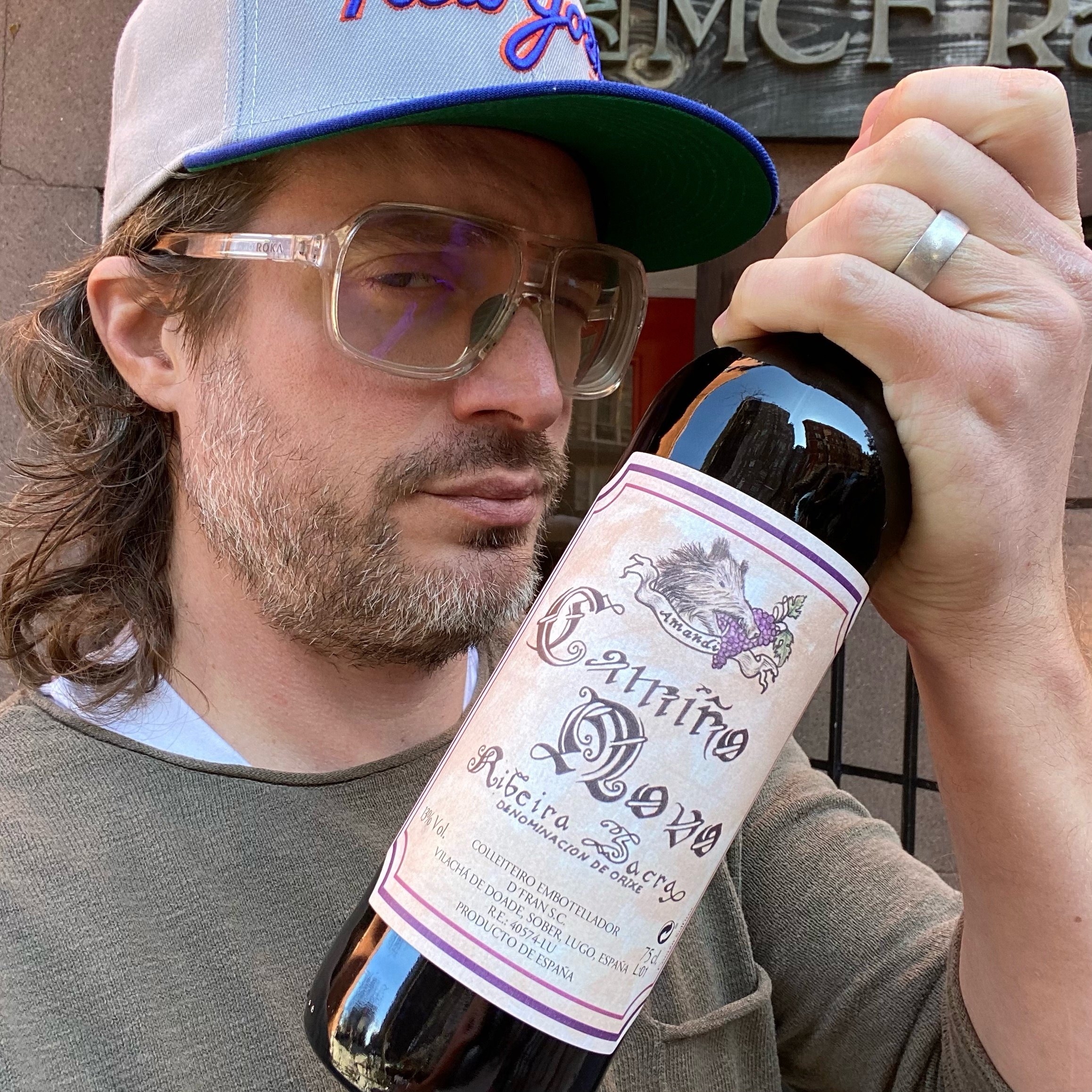 A few months back, I sent an offer for a wonderful Chinon, discussing how great Cab Franc, especially Chinon, will never not remind me of my early years in the wine biz, when things like Chinon, Cru Beaujolais, German Pinot Noir, etc. represented new, interesting and refreshing breaks from the luxury/critic-driven wines that dominated at the time.

It was an interesting reflection for me, because, much like a certain song or show or meal has the power to instantly transport you back to an era of your life that you associate with it, for me, wine can often do the same thing.

I wrote about today's wine last Summer, including it in a 'mixed case' offer with a few other items.  I just received one final shipment of it the other week and had a bottle this past weekend and, I have to admit, that a similar thing happened.

This time, though, the grape was Mencia, and the era it made me recall was the year or so leading up to my opening of MCF Rare Wine - right in that 2009-2011 window.

It was before terms like 'New Spain' were a thing, and the US was emerging from the period where massively-structured reds from RIbera del Duero or Priorat dominated the high-end sales, and the inexpensive, high-production, fruit-driven wines made from Garnacha and/or Monastrell were paying for the second homes of a few lucky importers.  We were only just beginning to wake up to grapes like Mencia or Godello and to 'wild', 'exotic' regions like the Canaries.

Of all of these 're-discovered' grapes, it was Mencia that many, myself included, felt represented the future of terroir-driven Spanish wines, something that we all pretty much agree on now.

Like most of these situations, though, the rise of Mencia began with fresh, engaging and moderately-priced examples, rather than high-minded or experimental ones.  The medium-weight, herbaceous, mineral and highly terroir-transparent nature of Mencia certainly made it a natural candidate for those of us who spent most of our time drinking casually brilliant reds from the Loire, Beaujolais and Piedmont, and I was instantly hooked.

This wine, Camiño Novo's Amandi-Ribeira Sacra Tinto 2016 ($24) is exactly the kind of Mencia that we were drinking back then - simple, elegant, engaging and just the right amount of quirky.  Its medium-weight, but dark-tinted fruit is laced with fragrant, savory herbs and pepper, anchored by a wonderfully nimble minerality, finishing long and dry.

It's the wine I would reach for to take the edge off of a day occupied with long, frustrating hours of trying to navigate NY state/city bureaucracies or telephone company nonsense - honest, delicious and yet subtly profound.

Before Mencia got serious with higher-end/single-vineyard bottlings or went the experimental natural route, it was the simple, straightforward, traditional wines like this that made us (and many of you early MCF customers) very happy.

And, just like that 2014 Chinon I wrote about, this Camiño Novo already has a few years under its belt, and is showing a nice touch of developed complexity to it.

Exactly how I remember Mencia...