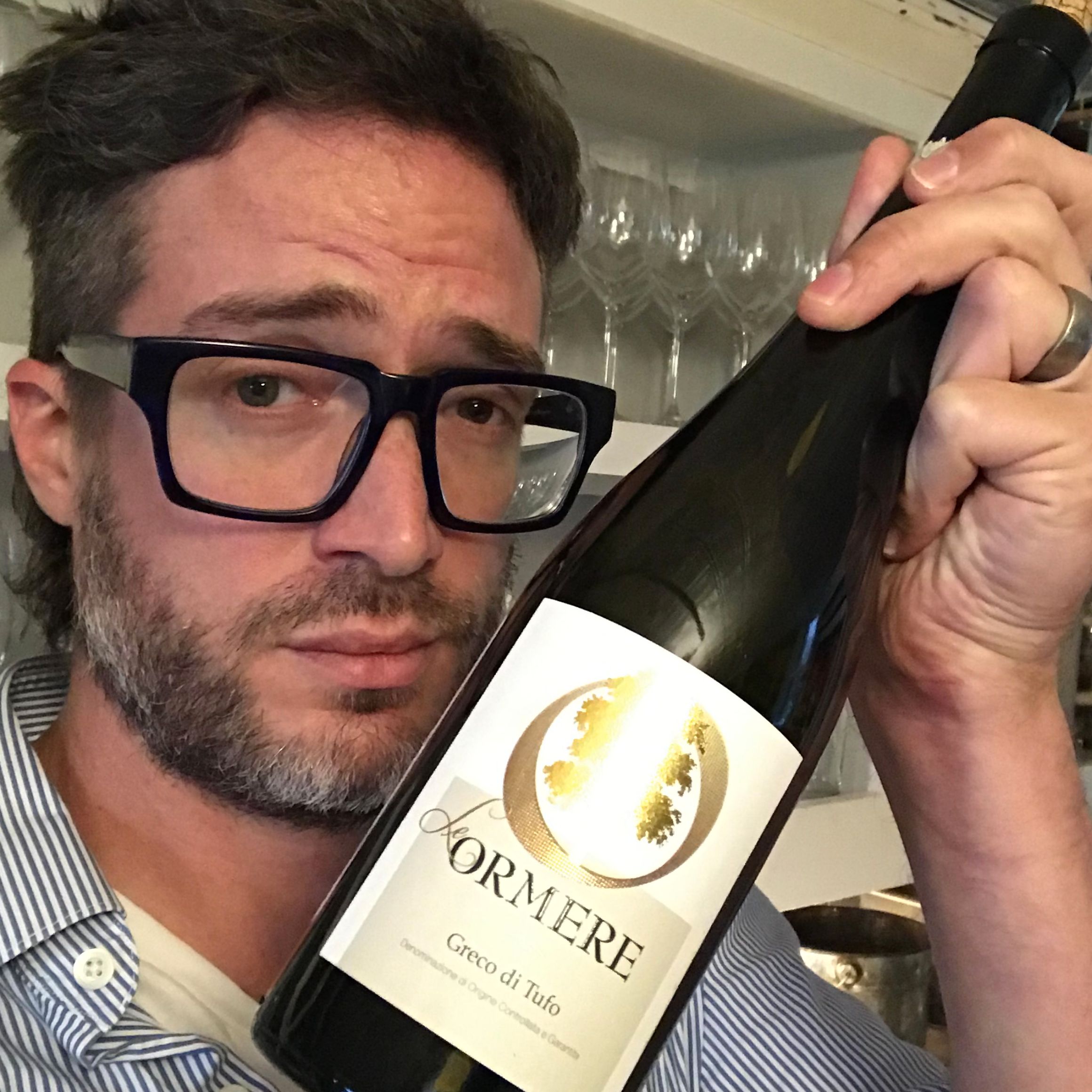 Greco at its Apex

In yet another story from last Fall's 'Six Guys in a Van' tour of Southern Italy, as we made our way from the epic lunch at Pepe, and the conversation wandered in and out of things, mostly of little intellectual value, we at one point found ourselves discussing, of all things, wine...shocking, I know.

Somehow I ended up spouting off one of my usual rants about how Southern Italy just needs to, for lack of a better phrase, 'believe in themselves' or, more specifically 'believe in their grapes' a bit more.

(In other words, Southern Italy is, in my eyes as you know, a treasure trove of unique, singular varietals that offer more character per pound that just about anything anywhere, and producers are still only scratching the surface of what these grapes and terroirs are capable of.)

I'll go more into detail about this in a future newsletter, because it was an interesting discussion, though not all of it was super relevant to today's wine.  It did lead us to a question that is quite relevant, however - which of Southern Italy's white grapes we thought was most underappreciated.

I, as usual, mentioned Fiano, for me a varietal that may some day be considered the noble white grape, certainly of Campania, if not all of Italy.  My favorite classic examples from producers like Guido Marsella and Romano Clelia, whose relatively inexpensive, but classic Fianos from Avellino are 'accidental' cellar gems (everyone buys them to drink now, but few realize how well they develop), but I still can't help but wonder what are truly passionate and careful producer could muster from Avellino if they treated their 'humble' Fiano juice with the amount of reverence that a Burgundian treats their 1er Cr Meursault.

Ernest surprised me by mentioning that he thought Greco had the most potential to make great wines.  I've always loved a good, linear, racy & floral Greco, but I'd always found them to be just that, and, oddly given my stance on the region, never really envisioned them beyond the youthful expression.

I quietly wondered if I'd been guilty of being a 'non-believer' in Greco all along.

After an evening visit at Colle Trotta (again, more on them in a future newsletter), we made it to Loreto Aprutino, one of those impossibly picturesque Italian towns, built around a hilltop, where the winding streets are lined with a hodgepodge of ancient structures stacked so randomly, that it seems like they grew out of each other rather than being built.

After Beniamino had the pleasure of trying to manual-transmission a 10-person passenger van over the crest of what felt like the 70-degree cobblestone driveway of our hotel with literally an entire wedding reception looking on, we freshened up and strolled to a restaurant for a dinner of Arrosticini Abruzese.

While we enjoyed our appetizers, Ernest ordered a bottle off the list and, referencing our earlier convo, said 'Matt, this is the Greco you should try.'

It was Le Ormere's 2016 Greco di Tufo.  It was a bottle I recognized, because I knew I'd tried it in the past and really liked it, but, as often happens to someone with my focusing skills, I'd forgotten about it.  The deeply-colored, structured white wine immediately recaptured my attention.

It showed an intensely-focused, mineral backbone that was adorned with a fragrant, delicately smoky and decidedly briny yellow fruit.  The subtly oily texture offered great counterpoint to the bracing, citric acidity on the finish.  It was, at once, evolved and savory, yet racy and refreshingly nuanced.

Fast forward to yesterday, and the wine has arrived here, the last of the same 2016 vintage we drank that night.  I immediately cracked a bottle to refresh my memory.

The same salty/savory/gravelly goodness, and developed-yet-refreshing profile was firing away.  I kept revisiting it throughout the day and night, and it proved itself to be even more engaging as time passed.  The zesty citric elements really began to sing after a good 8 hours of being open.

Even as I finish typing this, the last bit I saved overnight in the fridge is still delicious, and I could even make the case that it's showing its best after 24 hours!

Needless to say, I now know for certain that Greco has as much potential to wow you over time as Fiano or Grechetto or Verdicchio, etc., and the beauty of this Le Ormere is that you don't have to wait on it.

It's right in the wheelhouse of its maturity now.

I do plan to snag a few more bottles and experiment with decanting it at the outset, but for now, I would definitely recommend at least an hour of uncorked time to let all those elements find their mojo.

Even though it has a deeper color and more 'evolved' profile, don't think for one second that it can't be used in your typical 'fresh white' meal settings.  The mineral precision and citric acidity endow it with more than enough agility to sit alongside a delicate fish, while the savory/smoky/evolved nuances add a touch more depth than you get from a younger wine.

As if I needed one more excuse to make some Spaghetti alle Vongole this Summer....