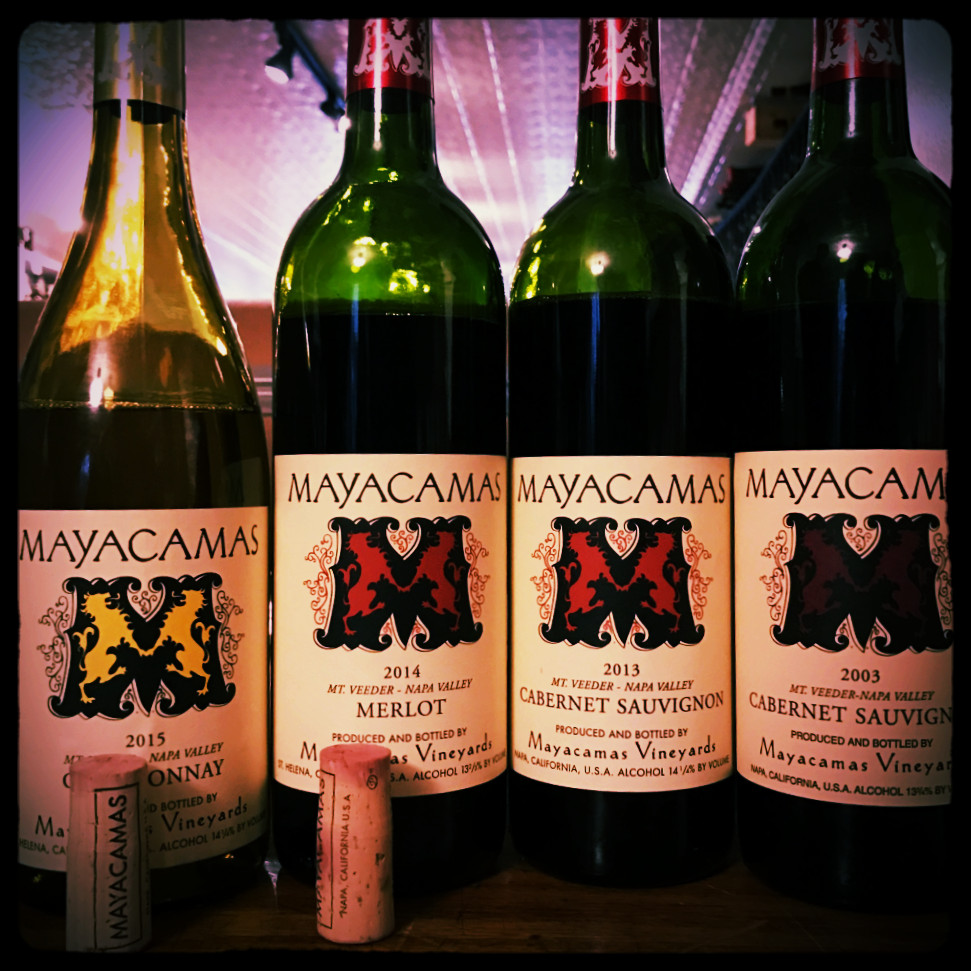 Almost exactly five years ago, the word came down that the legendary producer of legendarily old-school California wine on top of Mount Veeder, Mayacamas, we being sold.

Among the many things that made Mayacamas famous (130 year old stone winery, super-traditional style, incredible age-ability), their library releases of back vintage wines were always a hidden treasure trove of pristine, pure, fabulously drinkable wines at relatively fair pricing.

My rep from their NYC distributor at the time sent me an email basically saying 'Hey, Mayacamas is changing hands, here's the last of what we have in stock for the library wines.'

I quickly blasted out the offering to a list of my top collectors and the response was fast and furious.

Everyone loved the wines, and everyone was a little nervous that things, as they often do, would change and the wines would go from that perfect, effortless, angelically-balanced style to something more recognizably 'Napa'.

(Not that there's anything particularly wrong with that style, of course.)

Just yesterday morning, I tasted (for the first time since the sale) the new releases.  For a couple of years there, they were with one of the behemoth distributors here who consider a shop like mine an annoyance more than a court-able customer (another factor that led to the nervousness that they'd forever changed their spirit), so they fell off the map for me.

Anyway, I'm REALLY excited to say that, I've seen the future of Mayacamas...and the future is as bright as its ever been.

Not to be dramatic, but from my first sip of the righteously drinkable 2015 Chardonnay to my last sip of the noble 2013 Cabernet, it was as if I was some character from a novel or a movie who'd just rediscovered some long lost piece of nostalgia that reminded him of all that it comforting and right.

And the tasting ended with the current library release of 2003 Cabernet (which was made by the old regime) and it offered nice context.  I'd call anyone who says they can tell the difference between the 'then' style and the 'now' style a posturing phony (or a wine industry professional).    ;)

The Mayacamas style is alive and well.

One more anecdote, during the wild fires that engulfed the region recently, the house and tasting room of Mayacamas were completely destroyed.  The 130 year old stone winery, however, after the flames were literally bouncing off its walls, still stands.

MAYACAMAS (organic)
Chardonnay Mount Veeder 2015 $47 (REG $58)
One of the cleanest, purest, most righteously drinkable glasses of Chardonnay I've had lately.  Perfectly balanced between clarity and sunny ripeness, with all manner of nuance in between.

Merlot 2014 $56 (REG $68)
For everyone who thinks (or has friends who think) they don't like Merlot, I offer this wholesome, supple and sublimely transparent glass of herbaceously dark-fruited wine.  So lovely.

Cabernet Sauvignon Mount Veeder 2013 $119 (REG $149)
Being that it's from the structured and powerful 2013 vintage, what this 2013 tastes like, to me, is what I've always imagined the legendary Cali Cabs from the '60s and '70s tasted like when young.  Clean, precise and transparent, but also dark, firmly-structured and intensely mineral at the core.   If only either of my kids were born in 2013, then I'd have an excuse to go deep on some of this!

Cabernet Sauvignon Mount Veeder 2003 (limited) $235 (REG $265)
The current library release.  As Jimmy (Mayacamas's Estate Director) pointed out when we tasted, the 2003 and 2013 vintages couldn't be more different, but in addition to being ineffably delicious, this 2003 proves the genius of the Mayacamas style.  In what was mostly a non-celebrated vintage, Mayacamas produced a stunningly drinkable, balanced (there's that word again) and herbaceous Cabernet that is wonderful now, but shows no signs of fading any time soon.

Cabernet Sauvignon 1975 (x-limited) $575
If you want to experience a legend...here you go.  Fantastic provenance, levels and color, with the original price tags ($17.95) still intact.  One of the greatest Mayacamas ever produced, and one I'm probably foolish to be selling right now.