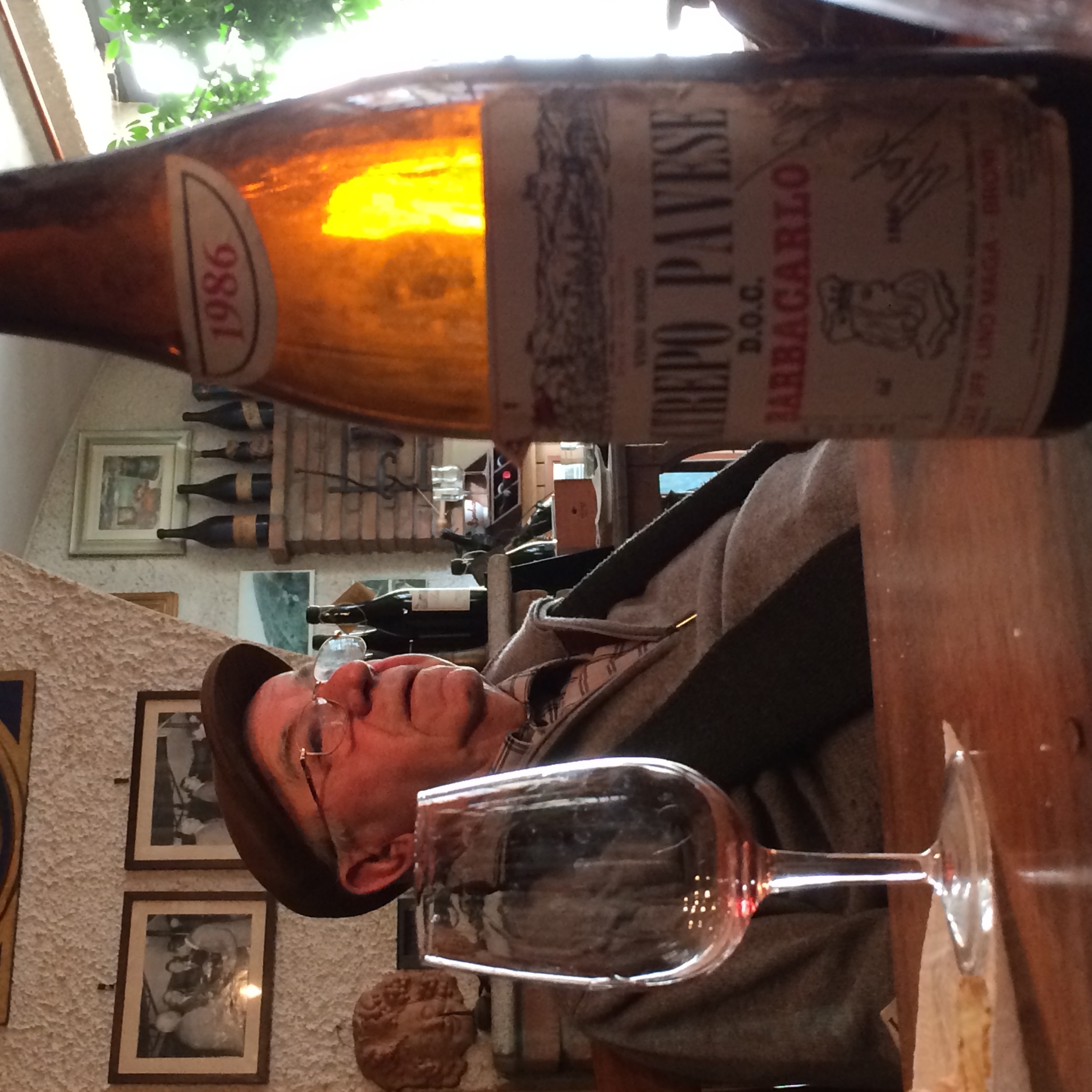 Lino Maga - Truly One of a Kind

The wine world has lost a true maverick.

Az. Agr. Barbacarlo, located in the Oltrepo Pavese zone of Southwestern Lombardy is truly one of Italy's hidden gems, and the wines it churns out are among the most unique on Earth.

Back in 2014, I had the opportunity to visit with its proprietor Lino Maga.  It was an amazing experience, though I'm not sure any of us would classify it as a 'pleasure'.

Maga's wines are singular, and not in that platitude-y 'this wine is really delicious and stands out' kinda way.  They are truly singular in their style, the way they drink and in Maga's approach.

His approach is to let the vintage and the wine make itself.  Some vintages ferment fully dry, others end up with a bit of RS in them.  Some vintages are fully still, while others are varying levels of sparkling.  Some of them are fruity and earthy, others are very herbaceous and medicinal.  Almost all of the vintages age very well, and given the large library of wines Maga had in his tasting room, we were able to experience that age-worthiness firsthand.

Hearing about a fizzy red, it's easy to think of a delightful Lambrusco - something cheap and cheerful that's consumed in quantity in casual settings.  Barbacarlo isn't that.  This is a wine that is, in some circles, held on the same level of esteem as the greatest wines of Italy.

The wines are deeply red, and outrageously aromatic and, once you try them, it's like discovering a parallel universe.  His flagship wine hails from a monopole of the same name, Barbacarlo.  He also makes a second wine from the Montebuono cru.  Like most red wines from the zone, these are a blend of Croatina, Uva Rara, Vespolina (known locally as Ughetto), the Montebuono has a touch of Barbera, as well.

His wines are hugely revered in Japan, and have a cult following (see below a Japanese comic featuring a  character dashing open a bottle of Barbacarlo).

Maga was very influential in the middle of the last century in the establishment of the Oltrepo Pavese DOC but eventually turned away from it, turned off by the bureaucracy and politics.  Decades later, it was clear he still had a chip on his shoulder about it.  He was a curmudgeon, plain and simple...but I mean that in the best possible way...

The bottles he was pouring for us were amazing, but they had clearly been open a while.  After tasting them all, we politely asked how long they had been open.

"About a week or two,' he replied.

After some more, very polite discussion, we asked if he wouldn't mind opening a fresh bottle.

He agreed and retrieved one from the bottle room and opened it.

One whiff and we all immediately looked wide-eyed at each other because the bottle was corked.

Ernest politely mentioned to him that it seemed corked.

'Can we open another?'

He sat there smoking cigarettes the whole time, and said little else to each of us (beyond chiding us all for not being smokers).

After we were done tasting, we purchased a few bottles to take with us.  As we were paying him, it was impossible not to take note of the handgun sitting directly in front of him on his desk, as if he had just set it down.

Somehow it came up that we needed to get on the road to make our next visit in Piedmont.  One of us started to mention who we were going to see, in an attempt to make friendly conversation and perhaps make him perk up at the mention of a fellow winemaker.

Before they could finish the name of the winery, though, they were cut off with a plain 'I don't care...'

In terms of personality quirks, he certainly wasn't alone in the winemakers world.

Lino Maga died just a couple of weeks ago, and if you haven't experienced his wines, you really ought to do it now.

2018 - rich and fruity, yet deeply savory and structured.

2012 - a great example of the sweeter style, nice richness and depth.

2004 - structured and complex, good tension between earth and medicinal.

1990 - soft and balanced and straight up mature.  lovely.