While Spain is known, in the greater wine universe, for their big, sturdy Tempranillo-based reds from the center of the country or their massively flavorful Rhone-varietal reds from the East, today's set of wines is something entirely different.

In places like the Galicia in the Northwest, a new flock of small producers have essentially materialized from nothing over the last 15 or so years, and they're making pure, aromatic, splendidly elegant wines that, I think, are on their way to challenging some of the most famous regions in the world.

By 'materialize from nothing' I mean that the region of Galicia as a whole was know mostly for Albariño, and most of that was large-scale production.  Small, artisan producers weren't really a thing there, especially not for red wines.  Places like Bierzo, Ribeira Sacra and Valdeorras were not even known outside of their local areas.

Fast forward to now and my how things have changed.

Laura Lorenzo worked all over the world before she came home to Galicia and landed a job as winemaker at Dominio do Bibei in Ribeira Sacra.

In the ten years she was there, she was an integral part of Ribeira Sacra zone becoming a world-class wine region.

In 2014 she struck out on her own and founded Daterra Viticultores with her partner, chef Alvaro Dominguez.

In the Quiroga-Bibei terruño of Ribeira Sacra, she has a combined 4.5 hectares that she works meticulously with an approach she describes as 'agro-ecology with minimal impact' and the work in the cellar is also very hands-off.

She produces a wide range of wines from an even wider range of indigenous grapes, but today we're talking about two of her lovely reds.

Chris and I tasted them last week, and they really stuck a chord.

It's really hard to put them into words.  They aren't loud wines at all, but there's plenty going on.

If walking around the city with all of the noise and input is a big, powerful complex red, these are more like a walk in the woods.

There are just as many sounds to going on, but you have to listen a little bit more closely.

As much as I love a nice big tempranillo-based red, when it comes to Spain, wines like these are where the action is right now.

They are among the most exciting wines one the market right now and, thanks to talented, dedicated winemakers like Laura, things are only going to get better!

Oh, yeah...being that it's November and all, these are perfect Thanksgiving picks.

AZOS de VILA 2014 -- this gorgeous red is a field blend of old-vine Mouraton, Mencía, Garnacha Tintorera, Merenzao and Gran Negro (and some others).  The purity on the nose will suck you right in and it continues on the palate.  The soft, supple red fruit is accentuated by ever-so-subtle earth and peppery spice.  The texture is seamless and the freshness on the finish is just delightful.

AZOS de POBO 2014 (very limited) -- this is the bigger brother, so to speak.  It's 50% Gran Negro and Garnacha Tintorera with the other 50% being the field blend similar to the Vila.  Where the Vila spends 6 months in used wood, the Pobo is aged for 11, imparting a firmer structure and more serious tone.  Here you have the same kind of supple, lovely texture, but it shows a darker shade to the fruit and a deeper, more pungent earth.  A firm structured hides way underneath.  Right now it's an amazing wine for any kind of mid-weight, meaty dish, but I'm really excited to see where this one is headed over the next 5-10 years. 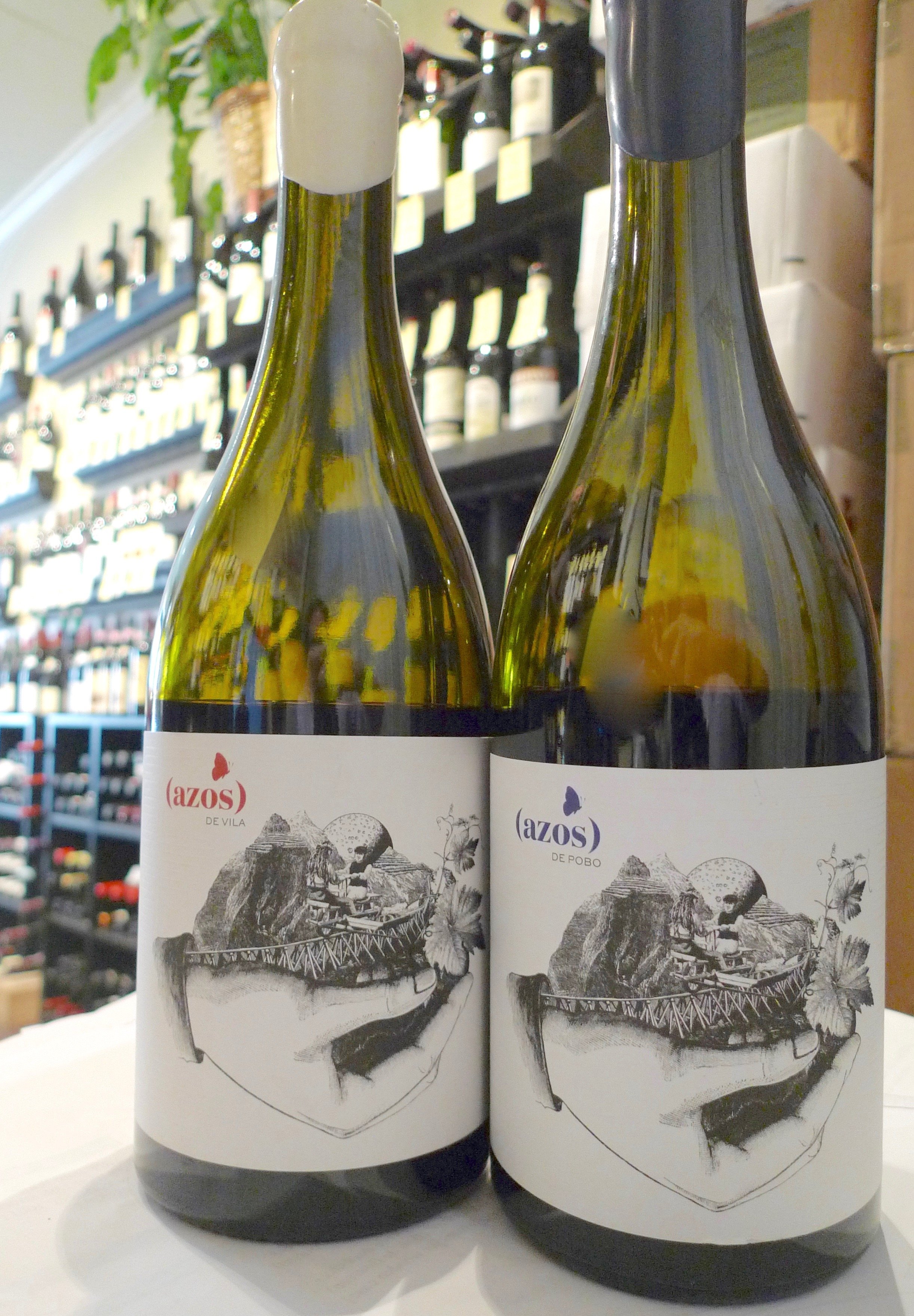