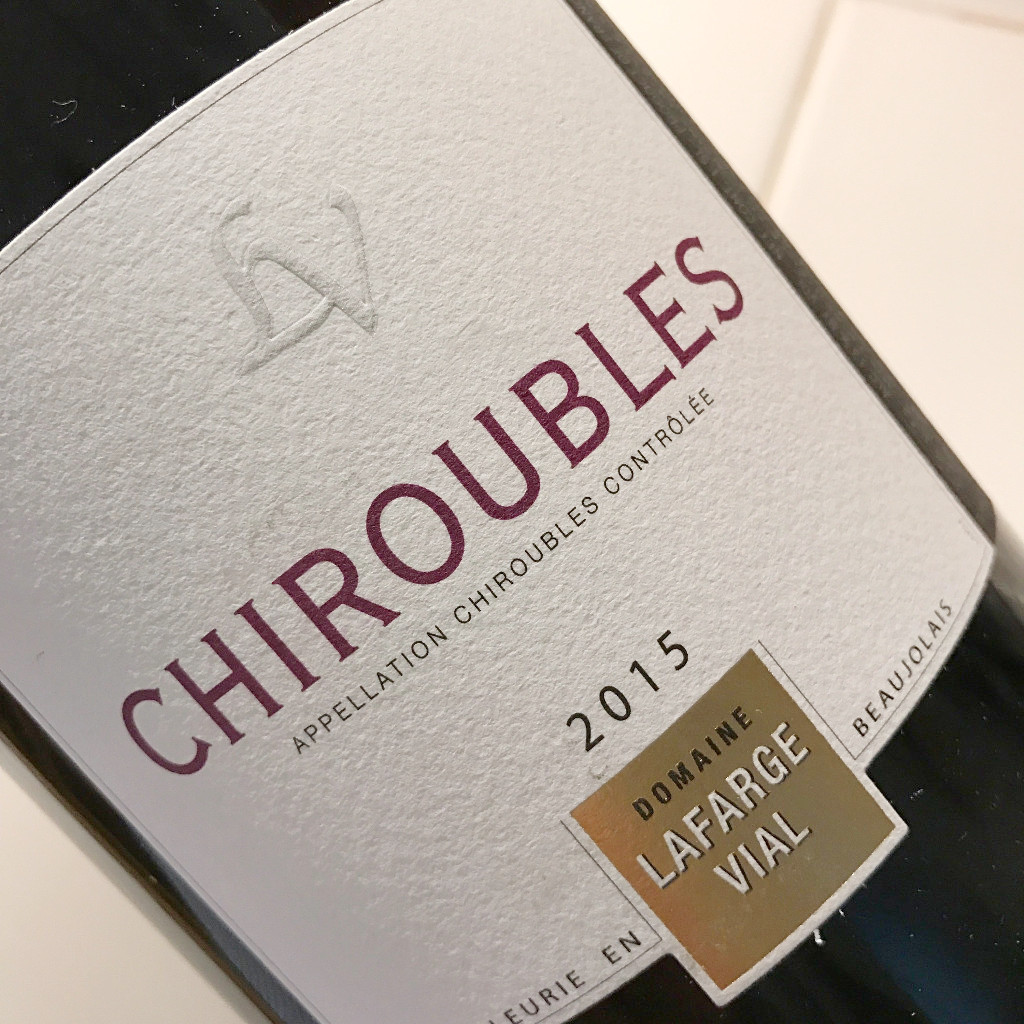 When I was at a large preview tasting of the hyper-anticipated 2015 Burgundies back in the winter, there were plenty of wines that really stuck out in my mind.  But there was one in particular that really captivated me.

In a sea of concentrated, dark and structured Pinot Noirs, the wine that most commanded my attention was actually a Gamay...from Beaujolais.

Don't get me wrong, there is plenty to be excited about in Burgundy in 2015, but with such ethereal finesse, this wine really grabbed me.

Coming over to the table, I was poured a glass and the floral, earthy, and yet, racy aromatics had me do a double take.  It was lifted, precise, delicate, yet deeply complex.

Lafarge-Vial is the new project (this is only their 2nd vintage) of Frederic and Chantal Lafarge, the duo behind the legendary Lafarge estate in Volnay.

When I think about it, I have one of those 'duhhh, of course the wine was awesome' moments.  It's great Gamay, from Granitic soils in one of my favorite Beaujolais crus, made in the traditional Burgundian method (my preferred style), by a producer whose reputation speaks for itself.

As everyone from Burgundy seems to be doing, Frederic and Chantal set out to find new terroirs to work in hope of creating something new and beautiful.  Rather than search the satellites of the Cote de Nuits or head to the Maconnais like others have, they chose Beaujolais.

And I love them for it.

This is sturdy, traditional Gamay that is soft, yet focused...earthy, yet juicy...lifted yet modest.

In addition to being a standout at this tasting, I can also say that it's my favorite Beaujolais in the vintage, as it shows the least affect from the extreme heat they had that Summer.

Getting ahold of Lafarge's Volnays is quite difficult these days, in terms of both availability and pricing.

But it doesn't take all that much dough to grab some of their seriously delicious and ageworthy handiwork from a different part of the map.