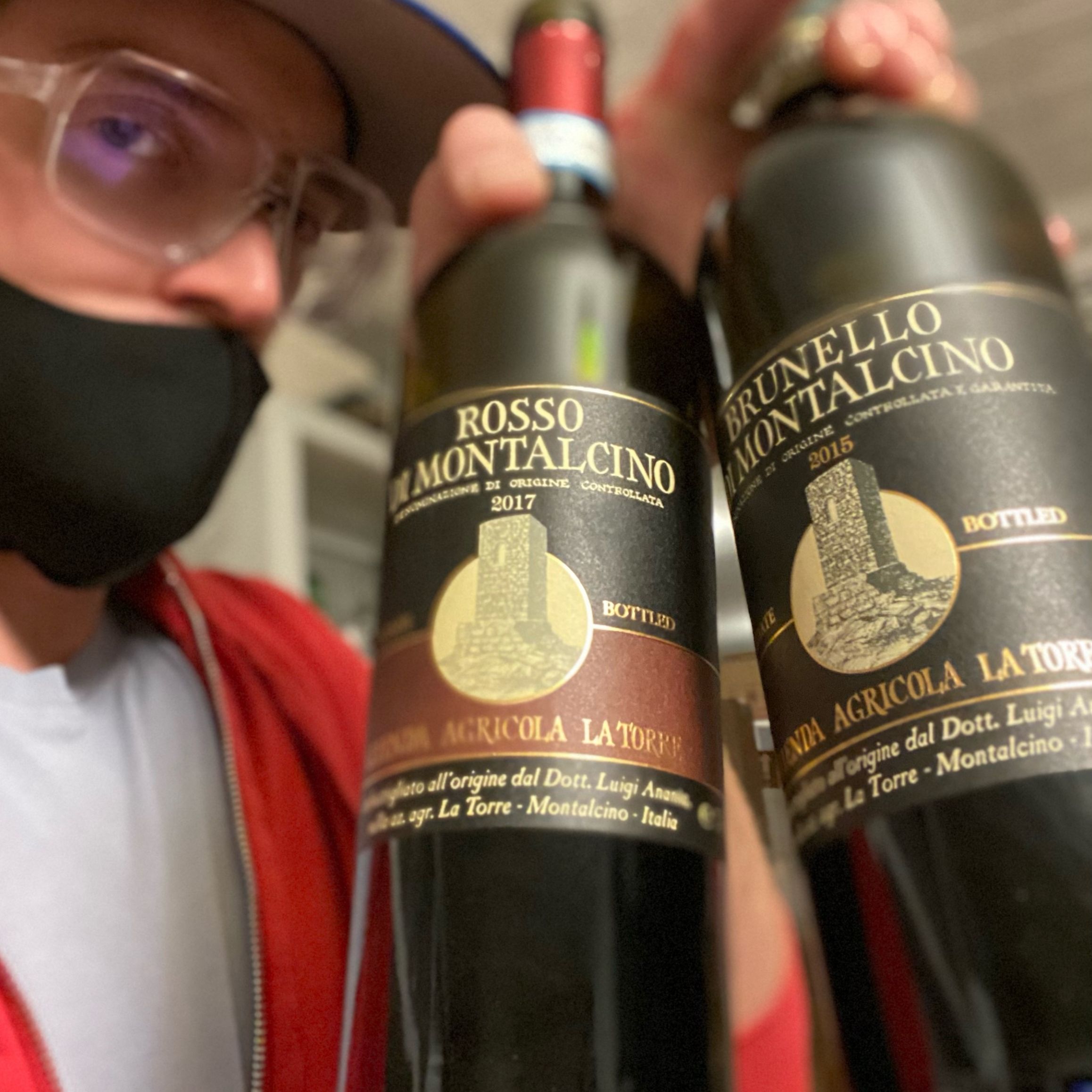 There are many producers nowadays who get lots of credit for their elegance and their commitment to a 'hands off' or 'natural' style of wine production...and that's a great thing.

A good number of these producers are part of a newer generation of winemakers, while many are converts from a more conventional era of high-extraction and manipulation.

Often lost in this spectrum, though, are the producers who've been doing it that way all along, if you will.

Despite what was fashionable or noble or profitable at the time, they've just done it that way, because to them, it was the most authentic way to make wine and, probably even more so, because they just liked the way it tasted.

Many went on to become cult legends - Mascarello, Rousseau, Heitz (etc. etc.) - for sticking to their guns while the rest of the world considered them stuck in the past.

Others continue to fly under the radar, and happily so.

In Montalcino, La Torre is absolutely an example of this.

Before elegance was prized (well, once again prized), their wines were elegant.

Before natural was a category, their wines fit right in.

Before rustic was a term of endearment, their wines were...endearingly rustic.

We're all hyper-focused on the 2016 Brunello that will begin to appear in the new year, and rightfully so, but if you talk to Montalcino natives, 2015 is the real 'five star' vintage.

For me, the 'classic vs powerful' vintage discussion is a 'humbucker vs single coil' argument - there are situational factors and personal taste in choosing, but there is merit to both.

Anyway, the point of bringing that up is that, despite whatever mother nature dictates, the style of the winemaker plays a huge roll in the final product - and I challenge anyone to peg either of these transparent, elegant, leathery, smoky, mineral and earthy reds as showing the characteristics of their 'powerful' vintages.

Case in point - many of you know or have interacted with Raphael, a guy who, in the last year that he's worked here, has greatly expanded his knowledge and love of wine.  One thing he hasn't done, however, is have his 'Ah-ha' moment with Italy's most famous (and famously structured) reds - Barolo and Brunello.

(Mainly that's because I haven't been the best wine-merchant boss and haven't really poured him a mature example yet, but I will...)

Last Friday, though, we opened a bottle each of La Torre's 2017 Rosso di Montalcino and 2015 Brunello di Montalcino with lunch, and our Sangiovese-skeptic friend could barely contain his enjoyment with both wines.

The lithe, but wonderfully complex Rosso is transparent, earthy, smoky and leathery right out of the gate, the freshness almost seems to contradict the savory complexity that in effortlessly expresses.

The Brunello is, yes, darker, denser and more tightly wound, but, again, in its elegant (if deceptively structured) package, it casually expresses a whole bunch of Montalcino character that usually takes a good five years for other wines to even hint at.

And that doesn't mean that either wine is 'advanced' for its age, either (the Brunello will easily last 20 years)...it just means that, with such rustically refined profiles, their true character comes out that much more clearly.