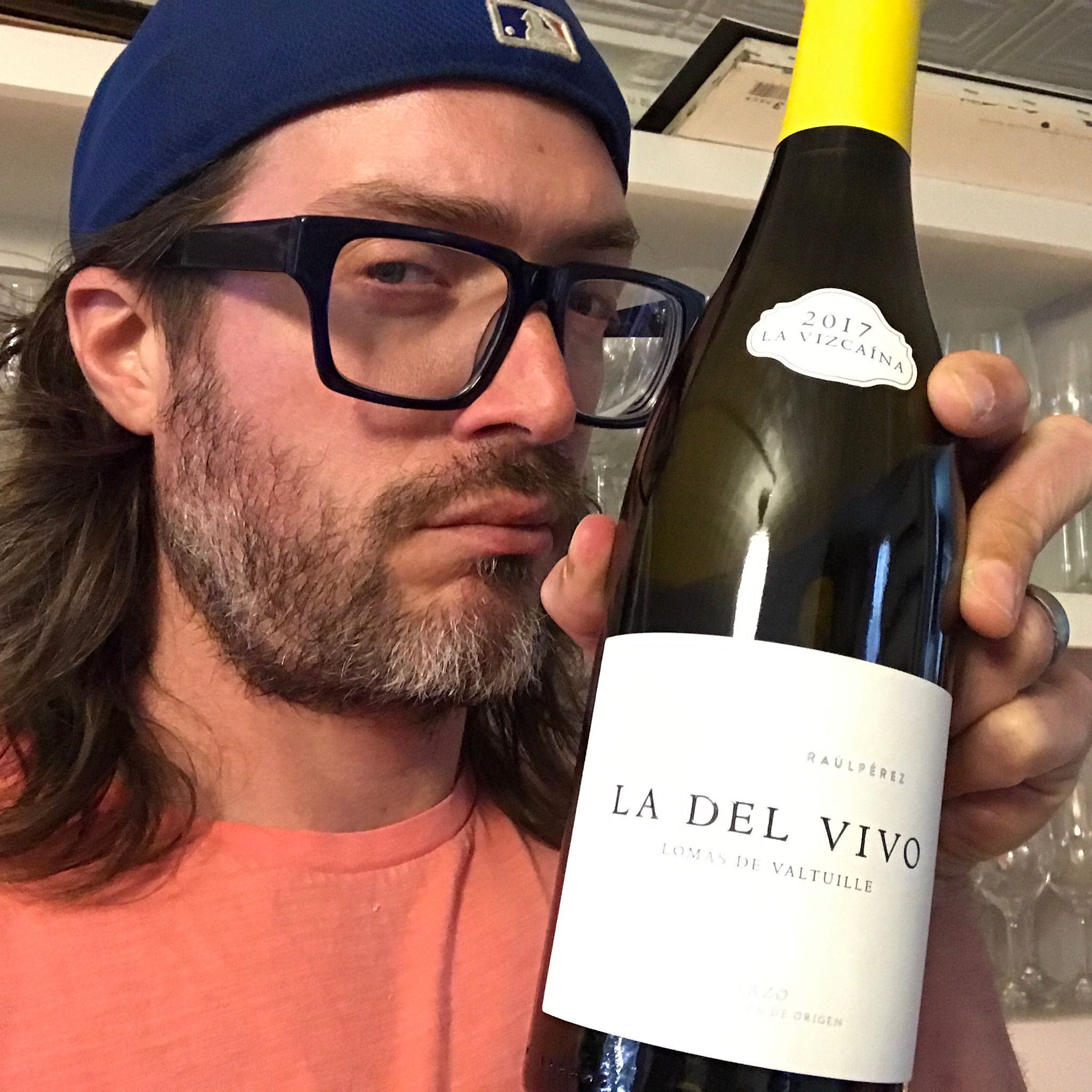 La del Vivo Re-Do: It Was a Great Summer White, but It's an Even Greater Fall White

Back in May, I sent an offer out for this delicious and totally unique white from the genius mind of Raul Perez.

CLICK HERE to read it, that way I don't have to re-type all the details again...

But about a month ago, Emily was away on a trip with some of her college friends and I was 'solo' with the kids...and by 'solo' I mean that, after working all day, I went home and relieved the babysitter who'd spent the afternoon executing perfectly the plan that Emily had put together before she left.

I still get credit for getting them both out the door and to school on time, though...

Anyway, the point of this whole story is that, after enjoying a lazy night on the couch, I was in the kitchen cleaning up and, while I was putting away my leftovers, I noticed a bottle of the La del Vivo 2017 in the fridge that I'd forgotten about for most of the week.

It had been left with me by my Skurnik rep Steven on Monday, and it was now Friday, so this wine was now on day five...refrigerated, yes, but still...

'I should check in on that,' I thought to myself...

And wow!  Instead of downing a few glasses of water like I should have been, I sat in the kitchen with that instead...repeatedly sipping and savoring my way through the last quarter or so of the bttle.

And the reason why was simple...it was AMAZING!

It had totally fleshed out and that hard-driving acidity that defines the wine while fresh had totally given way to the crazy oxidative elements that, while they are just a kiss on the finish when you first open it. had totally blossomed with all those days of air.

It had gone down such a cool, intensely savory path that I was totally locked in on it.

I knew that I had to pitch it again, but this time as a cool weather white.

In fact, I'd pretty much decided that it was going to be the white that I open on Thanksgiving (and hopefully many times before and after that too).

Normally in a situation like this, you taste a wine that's had that much air to give yourself an idea of how ageworthy it is and maybe even get an idea of what it might actually turn into should you age it.

In this case, not only did it confirm beyond doubt that this wine's going to age wonderfully, but it actually made me want to open future bottles of this wine a day (or five) in advance.

Of course, I'm not saying you should open these five days in advance, but I'm not not saying it...of course...

In fact, I think in the future (and especially on Thanksgivintg), I might plan ahead and serve two bottles of it every time...one fresh, to enjoy the firm, mineral, intensely-focused version, and one that's been opened days in advance, to enjoy the rich, savory, wild/nutty/salty wine it turns into.

Perhaps my brain was just zapped by too much Legend of Zelda, and my tasting skills had been compromised...

...or perhaps wandering my deep memories to recall all the secrets of Levels 3 through 8 (First Quest, that is) had turned on parts of my brain that allowed for highly focused, elevated olfactory and flavor sensory.

The point is, this La del Vivo is, as of right now, high on my list of best whites of 2019 for me...and if you didn't buy any the first time, you really ought to now...

...and if you did buy some the first time, you probably should again, because it's really incredible stuff that (like many of Raul's wines), will make you re-think what's possible...

(but you should probably get one of those too...if you're over the age of 35...if you're younger than that, you probably thing those games are boring...)