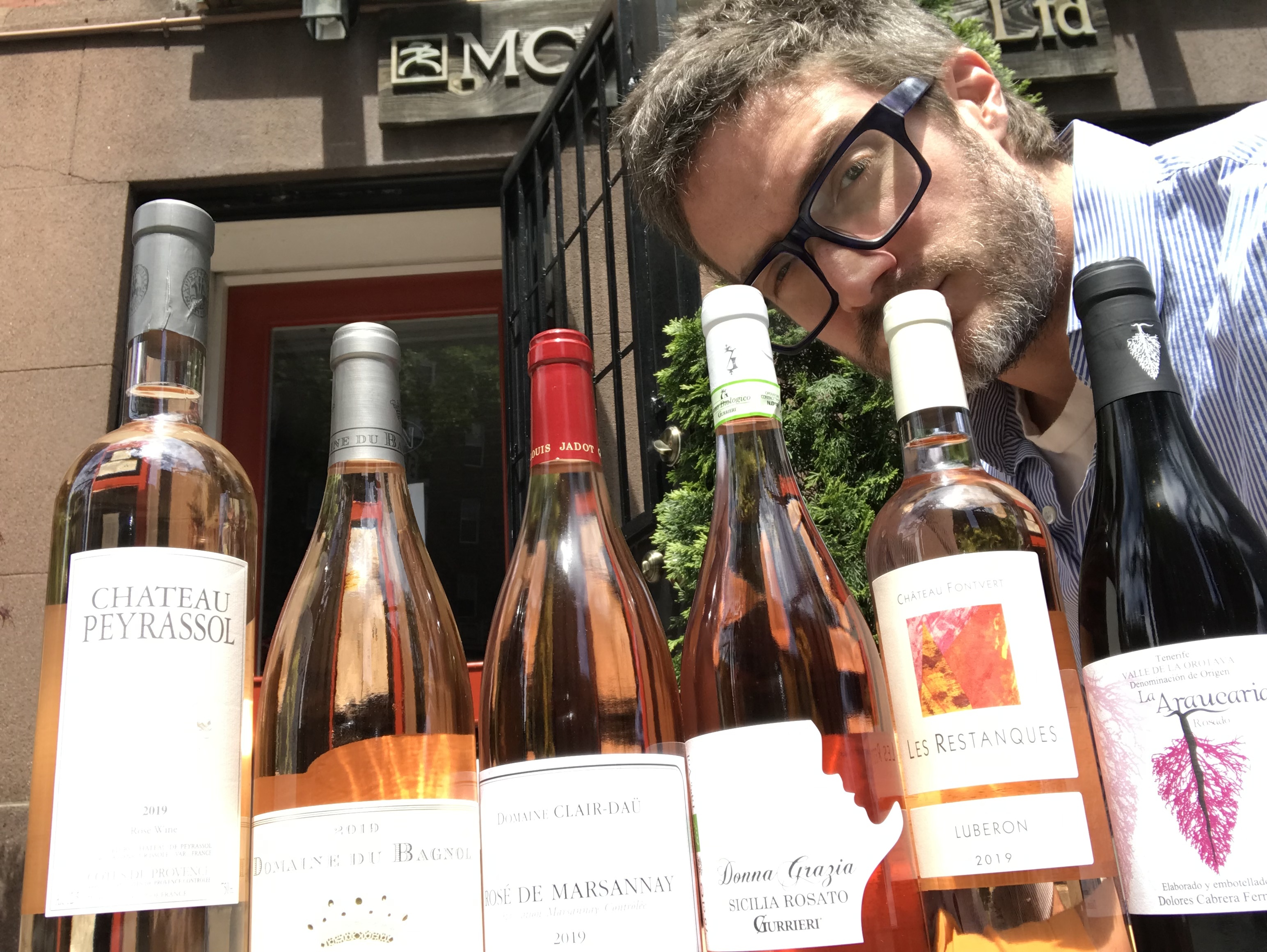 It's About Time for Some Rosé

While I've never been a strict 'Rosé is for Summer' person, as a wine merchant, you fall into that pattern as a matter of necessity.  Here in NYC, at least, I feel like maybe three or four years ago was 'Peak Rosé', if you will, meaning that the voracious appetite for pink wines hit its zenith.

It seemed like every producer, no matter where in the world they made wine, had decided to produce something pink and there was little that importers were saying 'no' to bringing in.  In fact, many importers, especially the ones with the most popular items their books, were even asking for commitments on their pinkies as early as January, and allocating them before they even arrived.

To top it off, the arrival of these allocated wines happened in early February, and the 'gotta take your (insert wine) now, or I have to release it' calls would come not that long after.

Meanwhile, unless we had some 76-degree days in mid-Feb, the appetite was close to zero during those early months.

Thankfully, that's all changed in the last couple of years.  A combo of market saturation and a slight calming of the frenzy for rosé has allowed things to settle into a less-stressful rhythm.  Plus, a lot of buyers, like me, decided that it's not worth it to jump through hoops for certain things when there are so many good options out there now.

Of course, I'm not talking about those two or three brands...you know...the ones that are 'strictly from commercial'...

...and, don't get me wrong...we sell as much Rosé as we ever have, but there's just not such an urgency in terms of planning for it as there used to be.

Which brings me to the main point here - Summer 'officially starts' this afternoon, and I've still yet to really go deep on Rosé buying, and that's a first for this late in the year.

Speaking of 'Rosé Firsts', this is easily the latest I've ever sent my first offer for Rosé.  The reasons aren't hard to figure...a classic, very cool Spring in combination with everyone being stuck at home has made for a perfect storm for a slower start to the Pink Season...

Even if there won't be any blowout pool parties that make quick work of five cases...

Even if there won't be any lazy four-bottle lunches that basically bleed right into Dinner...

Even if there won't be any rooftop BBQs...

Even if there won't be The Greatest Day of Racing of the Year...

So, here are two of my Gold Standards of Provence - Chateau Peyrassol, with its always fresh, mineral and lifted herbaceous elements and the soft, textured, infinitely classy Domaine du Bagnol Cassis Rosé.

Alongside both of those, we have what might be the best pound-for-pound value in Organic Provençal Rosé right now, Chateau Fonvert's spirited, yet sublimely elegant Luberon Rosé Le Restanques.

If you want some more serious and structured Burgundian Rosé, we have the second US release of the Marsannay Rosé 'Clair-Dau' 2019 from Louis Jadot, one of last years sleeper hits, with its subtle, textured and nuanced depth.

Then, we have what might be the coolest new addition of the year, a pinkie version of a Cerasuolo di Vittoria from Gurrieri, a biodynamic winery in Sicily that's quickly climbing up my ladder with all of their super delicious offerings (they also make a Cersauolo di Vittoria that's vinified white, which is totally awesome...).  This gorgeous wine is fresh and lively, but shows a bit more texture to the fruit, as well.  What I really love about it, though, are the bright spicy/savory elements that linger throughout.  Very Sicilian, very delicious...

Finally, for those of you who love 'em with some BBQ (or other big flavors), we have the deeply colored, volcanic, smoky/funky new vintage of Dolores Cabrera's darkly mineral Rosado La Araucaria from Tenerife in the Canaries.  After all, the sooner everyone breaks out of their 'that one looks too dark' mentality, the better...

So do a Zoom toast with all the people you're not seeing this weekend and tell our microscopic little friend to F Off, so that this time next year, we'll be back to wining and dining with each other...in person.