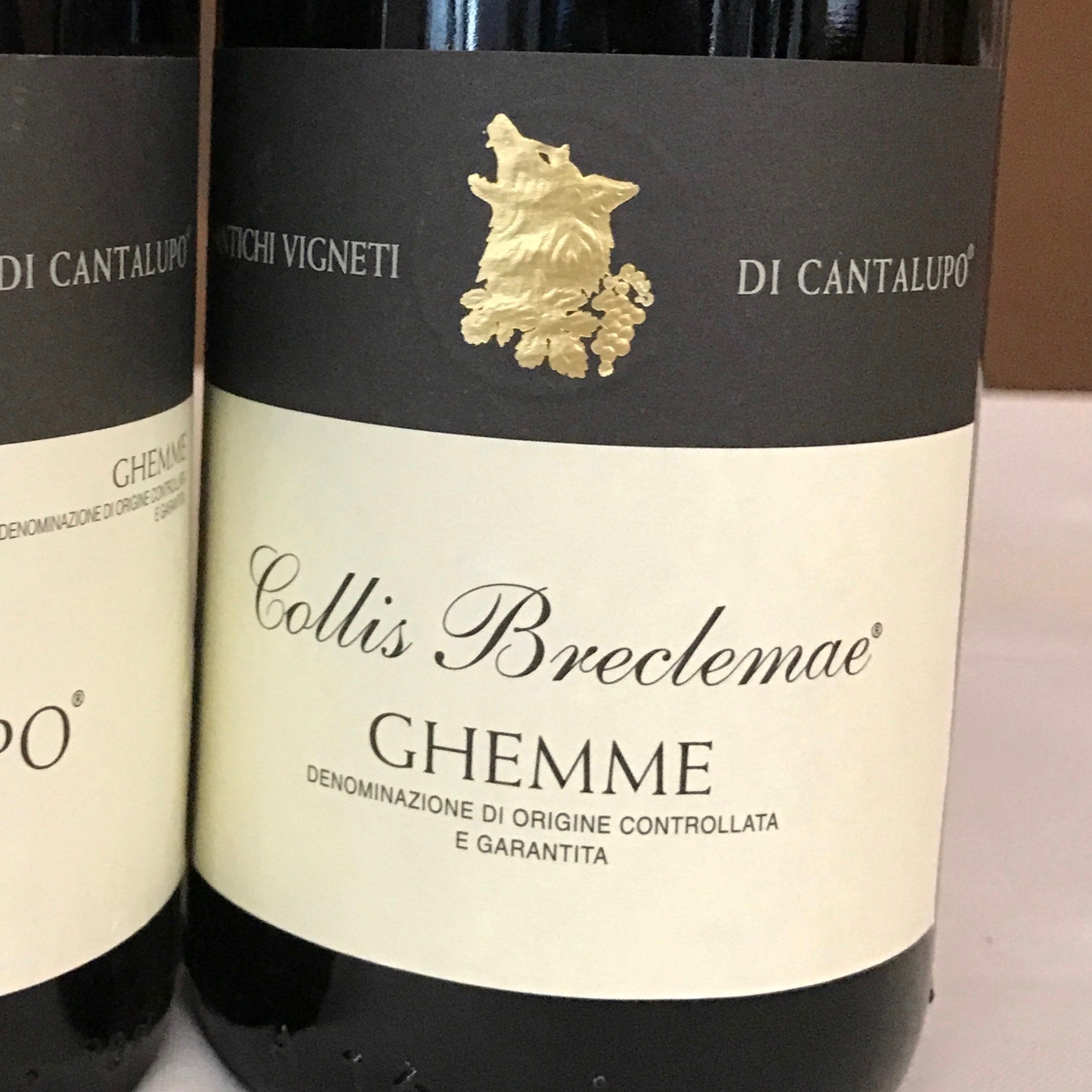 My history with the wines of Cantalupo is quite long, now that I think about it.

Back in a previous life working at another retailer, my works friends and I would often stretch 'after-work drinks' long into the night at a famous village pizzeria known for its great wine list.

For a solid string of visits over the better part of a year, I'd always go straight to the Piedmont section where they had two different vintages (1996 and 1997, though I admit I can't recall which crus they were) of Cantalupo Ghemme sitting there, and not getting any love among the hundreds of other options listed.

I was more than happy to do my part in wiping them off the list.

Fast forward to the opening day inventory here at MCF, and Cantalupo's Agamium Nebbiolo was part of it (and has been for much of the time since).

But every Spring, I'd go to the Polaner (their importer) tasting and taste the Ghemme Collis Breclamae and say to myself, 'I really ought to sell more of this.'

A few years of that gave way to a few years of me telling Robin, my Polaner rep/buddy, to 'not let me forget about the Ghemme'.

Fast forward to this past February, and I was a guest of Doug Polaner at the 'Festa del Barolo', Antonio Galloni's Barolo mega-show where hundreds of people BYO to a fancy restaurant and all share their wine.

Doug brought a bunch of great stuff, but the thing I was most excited to see him open was a 3-liter bottle of the 1997 Ghemme Collis Breclemae.  Not only was it delicious in its rather Barolo-like, structure-meets-ethereal nature, for me it was, pound for pound, the best wine I tasted all night.

(Which is saying a lot, since it was floating in a sea of Baroli going back to the '50s, many from super-famous producers.)

I said to Morgan, Polaner's Italian Portfolio Manager, that I really ought to offer out the Breclemae.

Then, just about a month ago, I ran into our friends Ryan and Tracy on the sidewalk.  They've been customers since the store opened, and now our sons are in the same pre-school class (so we drink a fair amount of wine together).

Emily and I had the day off from kids, and Ryan said, 'Just got some pretty cool bottles delivered, you guys wanna swing by for a pre-dinner drink?'

When we got there, he showed me what he was talking about - three pristine bottles of 1979 Collis Breclemae.  Since we're all 1979ers, we couldn't resist...

We gave it about an hour in the decanter while we worked on some Champagne and White Burg.

Finally, we were ready to give it a go.

After being silenced by it's awesomeness, I snapped a pic of the bottle, sent it to Robin and said 'I've decided that it's one too many messages from the universe that I need to send the damned offer already...'

So, here we are, two very good (and quite similar) vintages, BOTH with bottle age, BOTH drinking wonderfully right now and BOTH of which will continue to age for decades.

The 2011, is potent, rich, earthy and incredibly aromatic...the 2006 even more so, albeit a bit softer...really showing the romantic side of Spanna (their local name for Nebbiolo).

Both are fabulous values, true to the history of this historic estate.

I think you really oughtta try the Ghemme...