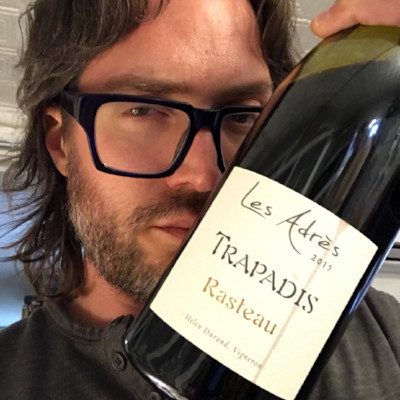 How Much You Payin' for that Chateauneuf?

You've probably noticed it already, but I suppose that I should just come out and say it - in a world where the 'collector' wines from every region continue to grow more and more scarce and more and more expensive, I've long ago decided that, to be doing right by all of you, rather than trumpet the same 100 wines as everyone else, I should instead be scouring the world of wine for things that offer true value, character and intrigue.

Sometimes these are wines from overlooked regions that are made from lesser/totally unknown grapes that the greater world has yet to discover.

Or sometimes, as is the case with today's wine, it comes from an overlooked pocket of a very famous region, made from grapes that, while rather ubiquitous, still offer great character and expression of place.

So, on my jaunt through France back in August with my importer pals Mike and Jason of MFW, we stopped in to see Helen Durand of Domaine Trapadis.  These are wines I've admired and stocked before, but I was very excited to see the appellation of Rasteau in person and meet the man behind them.

Now, let me preface this by saying that a) there are plenty of values in Chateauneuf du Pape (I'll be offering my favorite one next week) and b) I'm not saying that these wines are 100% on par with the best of the Southern Rhone's most hallowed real estate. 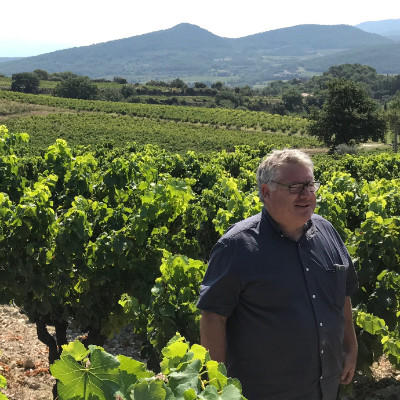 BUT following our visit to Helen's winery, I'm saying without hesitation that, for half the price of many Chateauneuf (or Gigondas/Vacqueyras for that matter), his wines deliver a whole lot of super traditional, unbelievably ageworthy Southern Rhone character...a whole lot...a ton...or maybe a tonne...

Helen (who looks like he was cast by Hollywood to play the part of the easy-going, good-natured, man-of-the-vines French winemaker) makes a whole range of wines - whites, reds and vin de liquer - with reds ranging from Cotes du Rhone AC and Cotes du Rhone Villages (Cairanne, Roaix) to what we're focusing on today, his Rasteau.

The other wines are lovely, but after seeing strolling the vineyards and tasting through the lineup in his winery, we sat down to 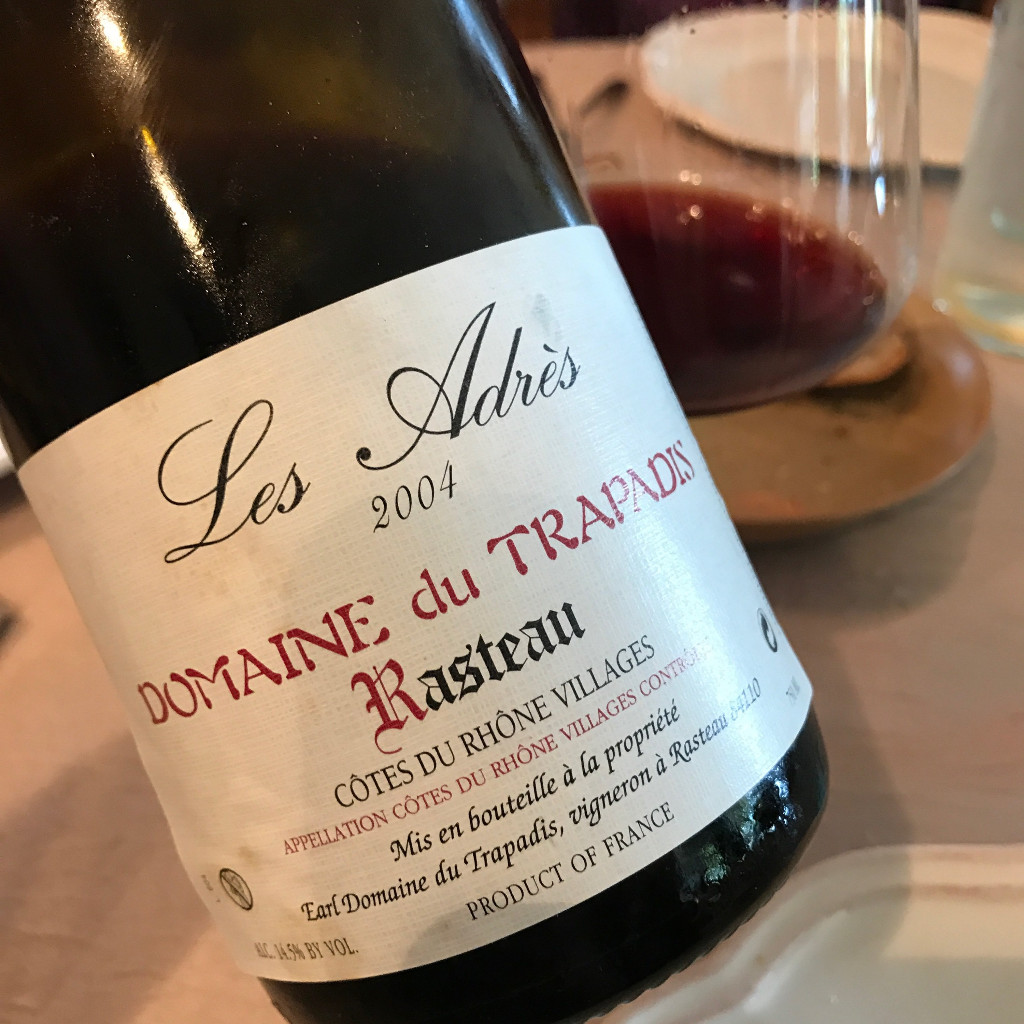 lunch in his dining room and, as Mike had hinted that he may do, Helen brought out the old bottles of Rasteau.  As good as they other wines are, I was about to realize that the Rasteau is where the action is.

Accompanied by a lovely Gratin and steak (cooked 'bleu', of course), he began with a bottle of the 2004 Rasteau 'Les Adres' (Adres is his top dry red from a single, limestone-heavy plot).  It was spectacular - everything a fan of old-school Southern Rhone could ask for, and from what was considered a non-banner vintage too.

It showed plenty of meaty, leathery, iron-rich minerality, and did so in a mid-weight, impressively focused package.  It wasn't a beast, but it still had a nice bit of 'rough and tumble' lurking underneath.

Tasting that '04 alone would have turned me into a believer, but then he poured the 1998 and it was all over.  From a great vintage, we were dealing with a positively stellar wine.

After my first whiff, my eyebrows jumped and my eyes widened...I looked across the table at Mike and he said, with a mischievous grin, 'How much you payin' for that Chateauneuf?' 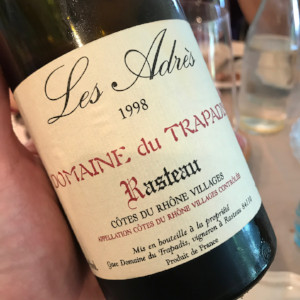 And he was right...for the ludicrously fair price (which you'll see below), I was mentally swimming in a glass of elegant, mineral, leathery, pungent perfection - it was exactly what I picture when I think of the best old Southern Rhones that I've had over the years.  It wasn't a 'blockbuster' and it probably isn't going to rival a great vintage of Cuvée da Capo or the like, but, for me, it was just how I like them.

It was even showing that lovely mint-y thing that you often get with old Barolo in the first hour of being open which, to me, is an indicator that, had we let the bottle sit for another hour or two, it would have only gotten better, revealing even more.

I asked Mike if we could get our hands on a bottle to open at a tasting back in NY.

So, you're just gonna have to take my word for it.

So, after my long-winded intro, let's talk about the two wines for today.

First, we have the Rasteau 'Les Cras' from 2015.  2015 is a very 1998-like vintage - the wines are dark, concentrated and very well-structured.  Unlike some wines from the region in 2015, though, Helen's wines aren't showing any overripe-ness or heat.  In fact, his '15s are surprisingly tight and restrained.  They have wonderful dark fruit to them, but their stony cores are so very chiseled and taut.  The 'Cras' is lovely and definitely the more friendly of the two (as evidenced by its popularity so far at the shop), but for $16, you're also getting a wine that can easily be forgotten about for 5-7 years.

The 2015 Les Adres is pretty spectacular, I'll just put it that way.  Tasting it young is a bit of an exercise in visualization.  All the raw material is there - classic, Grenache-driven dark fruit that's packed to the gills with stony grit and a backbone of structure that, right now, has the wine in a bit of a bear hug (relative to what one would expect from a 2015, that is).  It's still pretty dang enjoyable right now, but, having enjoyed the 1998 and thus seen this wine's potential future, I can't help my desire for the fully mature version.

Boy, I try not to let the paragraphs pile up in these newsletters, but sometimes...