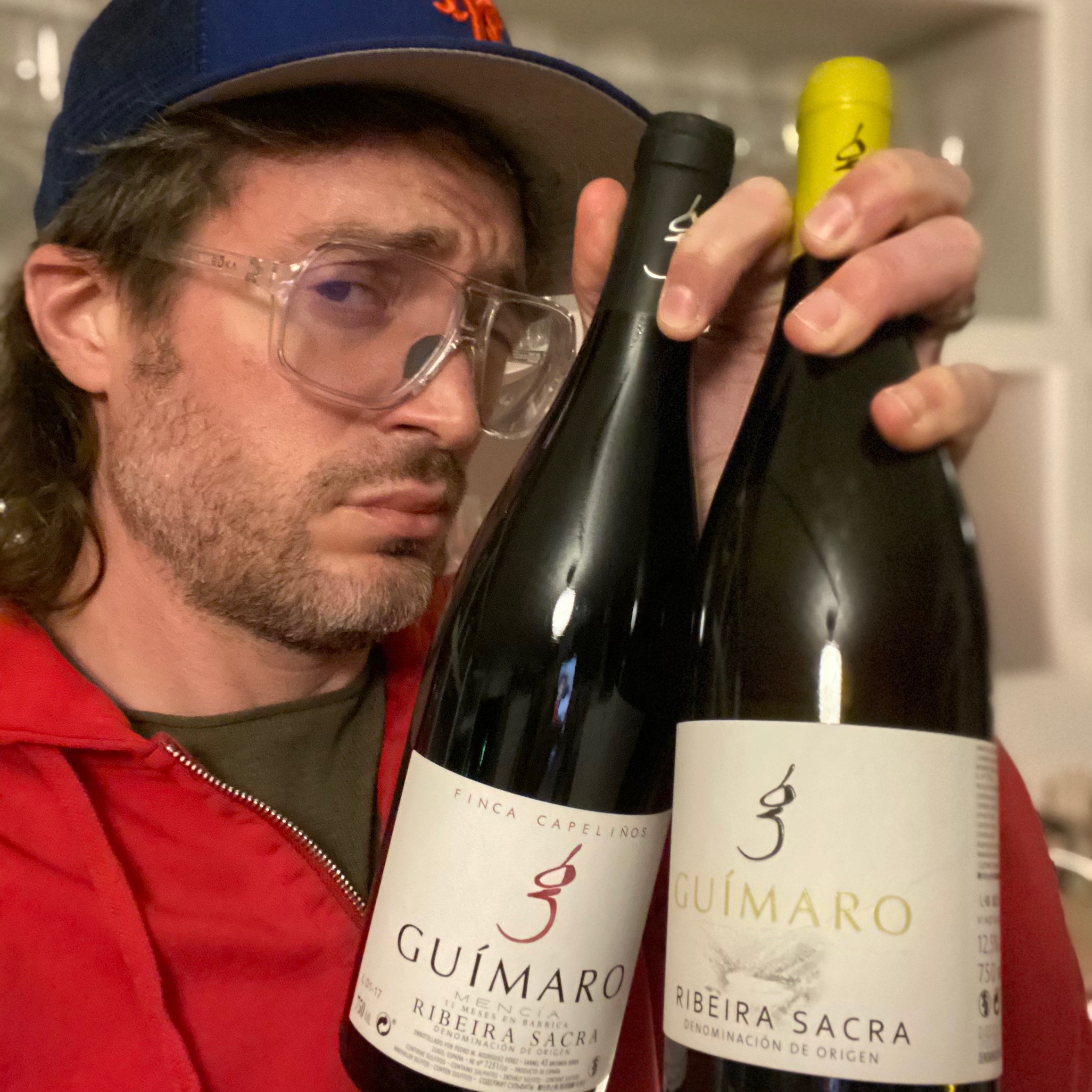 Guímaro - Galician Beauty in a Bottle

Over the years, there have been many producers from Ribeira Sacra who I've promoted, but the wines of Guímaro were literally the first wines from this wonderful corner of Spain that I had on my shelves.

Of the 60 or so total wines I had on the shelves on my opening day back in 2010, Guímaro's basic Tinto 2009 was the lone representative of Ribeira Sacra.  Galician wines had been on the rise for a few years leading up to that point, mostly in the form of Albariño from Rias Baixas and a handful of (mostly over-stylized) Godello, but America, having just spent a decade falling in love with Cab Franc from the Loire, was just beginning to discover the area's elegant, herbaceous reds, made mainly of the Mencia grape.

I myself was had become enamored with them in the lead up to opening the doors of MCF, and, while I would have loved to have had many more examples on the shelf, my final opening day budget dictated an even more severe version of the 'curation' that I've come to be known for.

I was tasting through Guímaro's latest releases the other day with Liz from José Pastor Selections and, well, the memories of those days came flooding back with each whiff...and it was nice.

The appellation of Ribeira Sacra is one of the more striking landscapes in wine.  The steep, terraced vineyards overlooking the rivers Sil and Miño are singular in terms of their natural beauty and, of course, the wines they produce.

In terms of wine production, much of what's gone on in this part of Spain has involved a 'rediscovery' or 're-cultivation' of sorts, and Rodriguez family of Guímaro were an integral part of that rediscovery.  The winery was only established in 1991, but their farming/winemaking roots go back generations.  Today, while his parents Manolo and Carmen are still involved, Pedro Rodriguez helms the estate, and is one of the people propelling the region's steady rise.

Like it does on, say, the steep slopes of the Mosel, the vertiginous act of viticulture here takes an extra-special level of commitment (and sure-footedness)...thankfully, for us, folks like Pedro and his team are willing to keep it going.

The Ribeira Sacra Blanco 2019 , a gorgeous blend of mostly Godello (along with some Treixadura, Loreiro and Albariño), and is highly aromatic, racy and wonderfully nuanced, especially for the money.  The pristine focus and salient, mineral edge make it the absolute antithesis of the oaky, 'overly stylized' Godello that I referenced above.

Its counterpart, the Ribeira Sacra Tinto 2019 is mostly Mencia, with the rest being a field blend of things like Caiño, Merenzão, etc. (a formula Liz has coined 'Mencia plus'), and it's done entirely in stainless steel.  It's their fresh, joven bottling (or, in this case, is probably better thought of their equivalent of a Bourgogne Rouge) whose bright, zippy red fruit, delightful herbaceousness and fine detail make it, just like it was 10 years ago, a lovely, refreshing foray into the wonderful world of Galician red.

The Finca Pombeiras 2018 comes from Guímaro's highest-altitude vineyard of the same name, planted with 70-plus year old Mencia vines.  It's also their only 100% whole-cluster expression.  The dark, mineral nature of Mencia here is so gorgeously expressed through the whole 'high-altitude/whole-cluster' lens, resulting in a lithe, transparent and hyper-aromatic wine.  The savory nuances that linger on the finish offer a perfect counterpoint to the lifted elegance.

Then we have the Finca Capeliños 2018, which is, for me, and as much as I adore the Pombeiras, their top wine.  Capeliños is a .6 hectare plot situated at the bottom of the Amandi slope that's planted with 100-plus-year-old Mencia vines.  It's deep, textured and packed with dark, mineral nuance and subtle, smoky herbaceousness.  The age of the vines really becomes apparent on the long finish, where this array of complexities seems to go on for minutes.

Then, for good measure, I have the last few cases of the 2017 Capeliños which, from a warmer and drier vintage, is slightly denser and darker than the 2018 was.  Despite that, we're still talking about a wonderfully elegant, complex and complete expression of Mencia (Mencia plus, that is).

These two wines, I believe, will ultimately be considered two of the true gems of Ribeira Sacra, should the attention and demand for the region continue to rise, especially considering the fact that there are only about 800 bottles of each wine produced in a given vintage.  The perfect storm of quality, scarcity and widespread recognition is happening now for the top wines from this region, and the Pombeiras and Capeliños are certainly two such wines.

If you're reading the above with a bit of skepticism, I advise you to peruse the last few years of publications like The Wine Advocate where (speaking of things that have changed drastically since I first opened my doors just over 10 years ago), not only are wines from producers like Envinate, Nanclares and Guímaro being reviewed, but they're scoring alongside the massively structured collectibles that have historically dominated Spanish wine on the world stage.

But enough with 'market analysis', here's your chance to capture the beauty of Ribeira Sacra (and a bit of nostalgia) in a bottle...