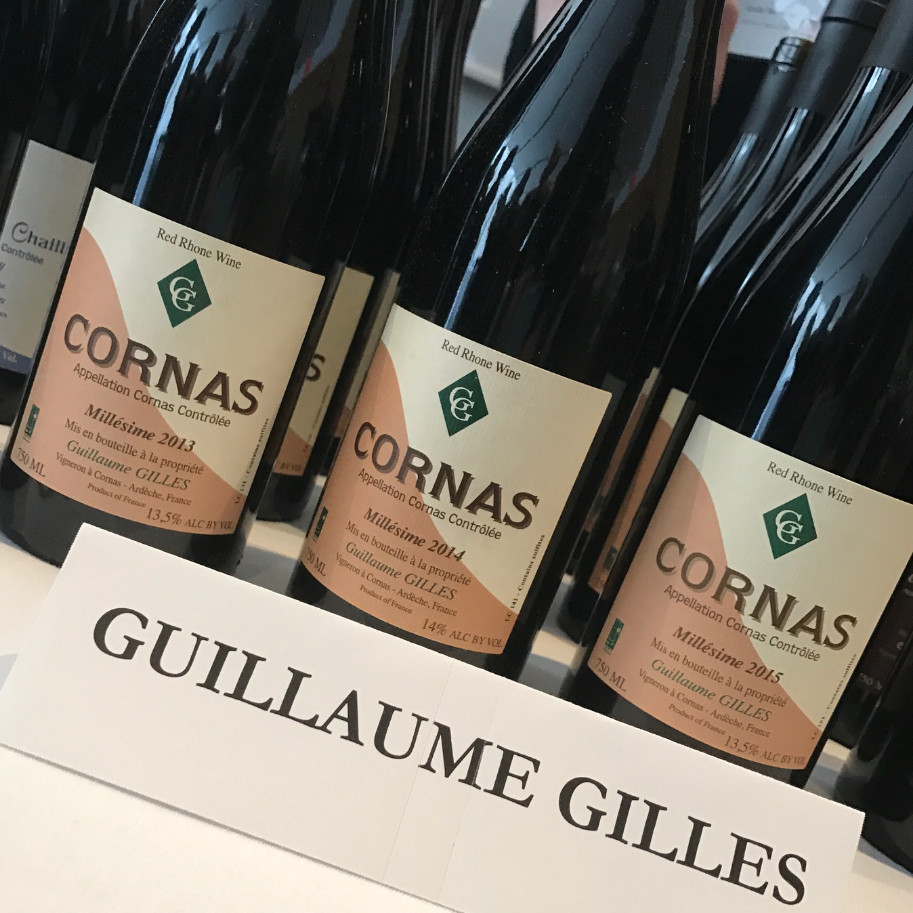 Allow me to transport you back in time for a while...to a time called 2010.  In the early days of my shop's existence, there was a wine I had on my shelf that I was so excited about, but couldn't give away to anyone but the most adventurous casual fans.

It was a wine that, when I made the recommendation to anyone who knew 'enough to be dangerous', if you will, I was always given the same reaction.

'I've had too much bottle variation with those...'

That wine, from the 2006 vintage, sitting on my shelf at $53/btl, collecting so much dust that I ended up drinking many of them myself, was Marcel Juge's Cornas.

I won't speculate as to what caused it, but basically overnight, the opinion in the ether completely flipped and everyone now had to have it.

Today, a quick survey of the internet for Juge's current-release 2015s will yield starting prices in the $400ish range...that is if you happen to check it while some shop actually has availability.

I know, there are extenuating circumstances with Juge, namely that 2015 was the last vintage produced, that lead to such dizzying escalation in demand and pricing, but I use this story to illustrate a different point - that as demand for well-known, rarefied names drives their pricing and availability out of sight, other, very worthy producers are dragged out of relative obscurity and into the limelight.

Juge was dragged into the light, and I believe today's producer, Guillaume Gilles, is one that the secret is about to be out on as well, though today you can still catch it on the upswing...

Just a few months back, I offered Gilles' lovely 2014 Cornas for $59/btl.  We sold a lot of that wine, and there was plenty more to be had if we wanted it (which we did).

Enter the 2015 vintage and you have quite a perfect storm - the most in-demand region in France (the Northern Rhone) meets a super-hyped vintage for the first real time since it's been a hot commodity.

Consequently, the 2015 Gilles has not only jumped a bit in price, but it went from being readily available, to being strictly allocated.

Usually the 'overnight allocation' is a signal of high-and-growing demand and significantly diminishing availability on the horizon.

Before I get completely carried away, I should talk about just how good the 2015 Cornas is.  If the 2014 was a case study in cool transparency, allowing the highly perfumed, animale character to flow from the glass, the 2015 is a flat-out beast.

'Beast' being a compliment, of course.  It blends all of that savory, terroir-driven character that the 2014 showed with a big, muscular, firmly structured profile that's so characteristic of 2015.  It's dark, deep, dense and incredibly robust - the thundering GT40 to the 2014's elegant, supple 250LM.

I'll be honest about something else here, across the board, I'm not as big a fan of the 2015s as some others are.  Many of them I find show the warm and stewy side of things a bit too much for my taste.

BUT, there are ones I've tasted (like this Gilles Cornas) that were able to keep the lumbering elements at bay and achieve wonderful balance with all of that power.

Gilles' wines have already garnered some love over the past few years, given his tutelage under the legendary Robert Michel, there was a lot to look forward to.  So this jump in demand isn't as far out of left field as the Juge phenomenon, but it's happening nonetheless.

Am I making some speculative recommendation here?

No, emphatically NO!  I believe wines are for drinking.

But I'm just imploring you to consider Gilles' glorious 2015 Cornas while you still have the ability (in terms of price and availability) to consider purchasing it, instead of wishing you did.