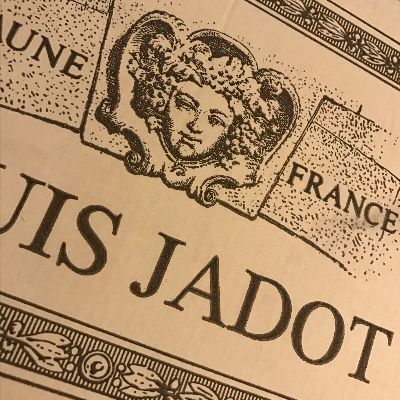 So, the other weekend, Emily and I were over at our friends' place for a Saturday afternoon of food and wine.  The day before, 'R' mentioned all the things he was planning on opening, and, upon reading the list, I thought to myself, 'I better bring something good...'

I had some bottles of Jadot Bonnes Mares 1999 in inventory, and I thought that one of those would both a) be a worthy reciprocation and b) allow me to see just where the wine was at so I could effectively sell the remaining bottles I had left.

Long story short, it was an incredibly packed wine that was rather monolithic at first, but after a good three hours (plus) of air, it finally loosened up and became a very nice glass of Grand Cru Burgundy.

Suffice to say, I implored the people I sold the remaining bottles to that they really ought to give it another 10 years, but if they must open it, to allow it plenty of breathing time.

Fast forward to this past Tuesday, and my friend Kurt who manages the Jadot book here in the states dropped in and said 'I have something you should taste.'

As we walked to the back of the shop he noticed the last bottle of the 1999 Bonnes Mares on the shelf.  I told him the whole story, to which he replied 'Well, oddly enough, Bonnes Mares is what I have...'

Based on the general firmness of the 2013 vintage, especially at the Grand Cru level, and how imposing the '99 had been, I was not expecting what he ended up pouring me at all.

What that was was a supple, silky expression of Bonnes Mares that was surprisingly approachable, with a gleaming, exotic red fruit that offered very nice intrigue.

While I would have been more than happy to drink the bottle right then and there, I would by no means say it was 'open for business'.

It was more like a pillow that was stuffed to the max - soft and welcoming to the initial touch, but once you actually settle in, you realize how rigid it actually is...

There was a lot to like in the moment, but so much more to look forward to as evidenced by the subtle whispers of nuance that teased you before it went all stone-faced a bit deeper in.

I was totally sold on the wine's quality.

Then he told me the price.

A wide-eyed 'Oh-KAY!' is what I think my response was.

2013s have been languishing in warehouses for years, but in that time, so many of them have turned the corner and have left that edgy grumpiness in the rear view.

Especially at what is essentially half price...