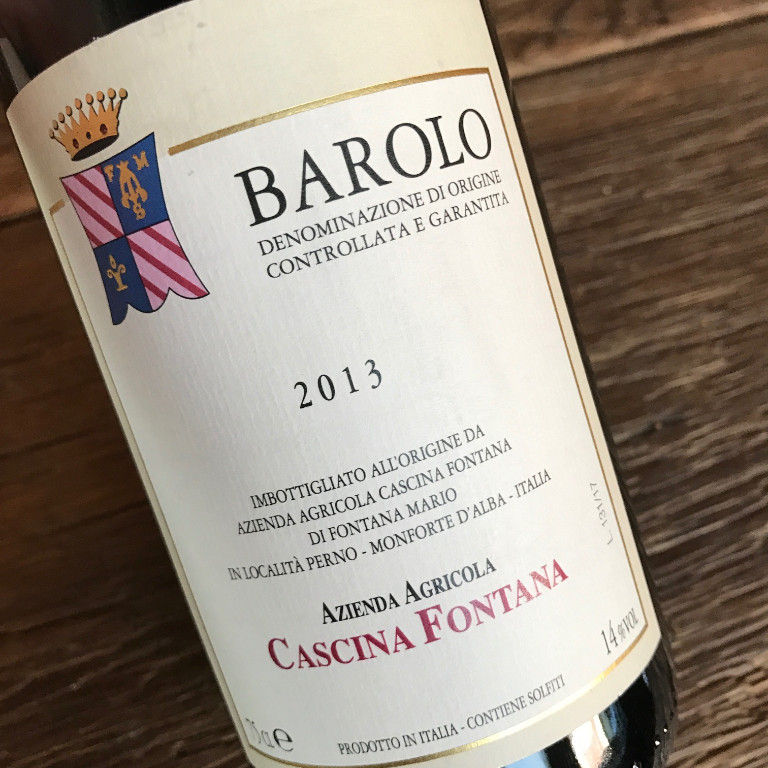 Get Cascina Fontana On Your Radar

Will require a lot of patience...

How often were those verbal arrows slung by critics and naysayers back in the '80s and '90s when speaking about producers like Bartolo Mascarello or Giuseppe Rinaldi or Giacomo Conterno?

How they continued through the aughts with the likes of Cappellano (I can still remember Cappellano sitting at the emptiest, serve-yourself table at industry tastings not that many years ago) or Burlotto, two more producers who now have may more worshipers at their altars than they can ever hope to accommodate.

'If only I'd listened to those who tried to convince me of their merits back then', so many think as they now kick themselves.

I know, I know...it's easy to read what I'm writing as just another salesman's trick, but I think you've all known me long enough now to know that I don't (or at least I really try not to) throw around such stories about everything I pitch.

But here's the thing about today's wine from Cascina Fontana, I've been tracking it across the last few vintages, and I've been very impressed with it, and the 2013 is every bit as good as I was expecting.

The 2010 was terrific, but I was too slow and it never made it to the newsletter.

The 2013, though, is the finest wine I've tasted from Mario Fontana to date.

For sure, Cascina Fontana is, in terms of the end-result in the glass at least, rather aggressively old-school.

Were you to crack one right now, the first glass you pour would be a bit...grumpy...if you will.

The pretty, rosy-red Nebbiolo fruits are completely buried underneath some rather roughly textured backbone...like 'drinking gravel' as a good friend/customer often puts it.

The second glass, however, allows things to loosen up a bit, and the fruit puts on a bit more weight...enough, at least, to bring the fiercely structured acidity and tannin into more of a state of equilibrium.

It's then that you really can see the quality you're dealing with and where, at least I, see an awful lot of similarity with Giuseppe Mascarello or Cappellano.

I think that this 2013 is headed for some really great things, and, while it's still get-able for less than $60, I'm making space in my own 2013 budget for six bottles at least.

It's finally, fully on my radar...and I think it should be on yours...