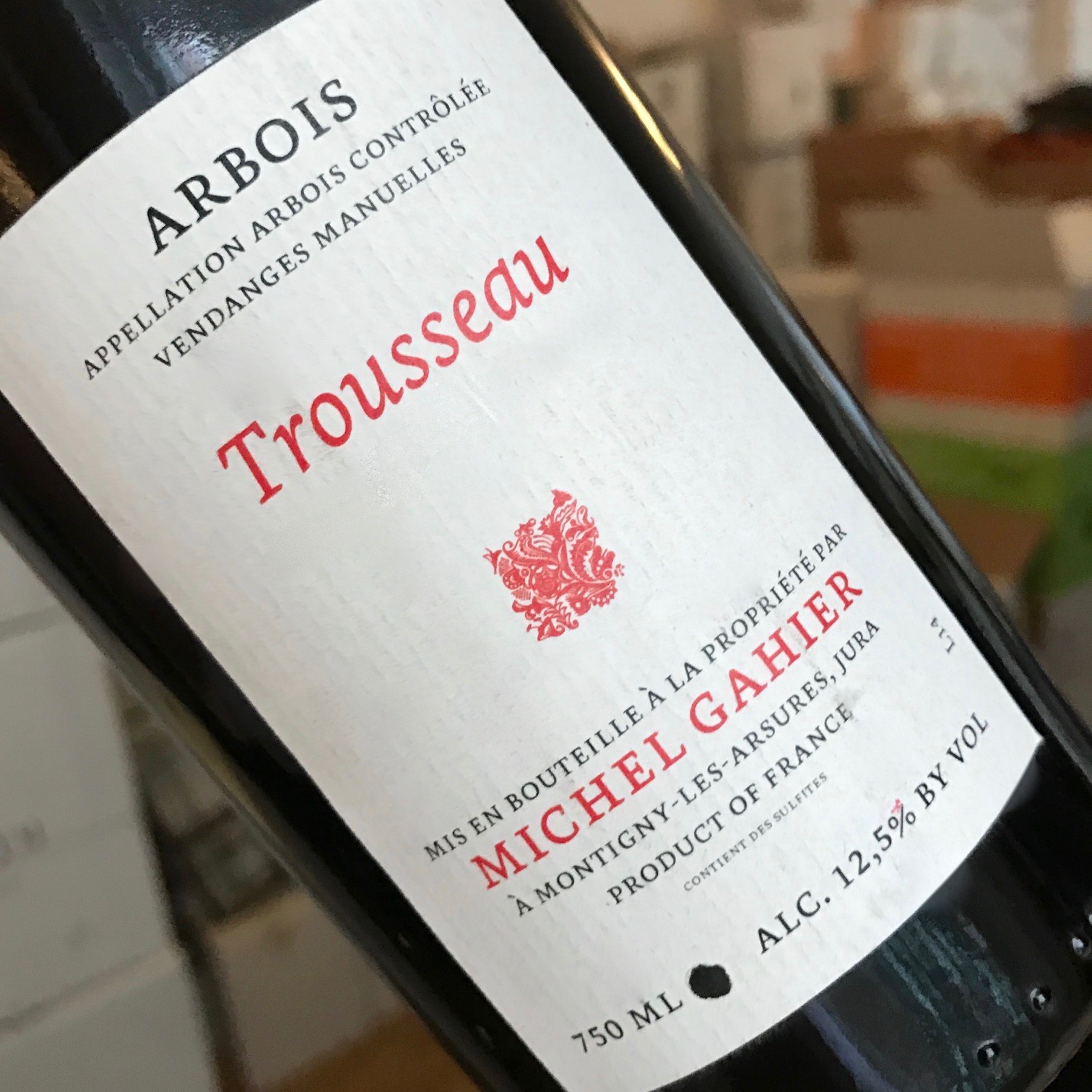 In an article he wrote about the Jura for Punch a few years ago, Jon Bonné said the following -

I’ve never quite understood why Gahier’s wines didn’t catch fire the way that Overnoy’s or Puffeney’s did. His reds are a perfect demonstration of that Jurassic ability to offer both depth and weightlessness.

I remember reading that and thinking 'Finally, somebody sees it the way I do!'

Now, obviously, there were a lot of people who did see it the way I did at the time and in the years since the article was written, many, many more have joined the ranks, but it still surprises me that they aren't talked about with the reverence that other producers are.

And, to be honest, I do understand that the two producers he mentioned are legends in the region (though both now retired) and their wines have reached that next-level of mythological status because, well, you just can't get them.

Anyway, here's my point, Gahier's reds offer so much airy complexity and ineffable purity that drinking them is almost baffling.

They're so light on their feet, but yet so dazzling.

It's as if someone took the the most perfectly clear, beautifully vibrant, precisely cut and meticulously polished ruby and was able to somehow liquefy it so you could taste and smell every nuance of the aeons of geology that were involved in its creation.

So, yeah, I really like these wines...especially when it's a vintage like 2016, which only serves to further emphasize the finest details.

Starting with the joyful Cotes du Jura Vigne de Fort, a blend of Trousseau and about 10% Pinot Noir, which is purely delightful with bright red fruits, vibrant acidity and just a touch of earth.

Then we move on to the Arbois Trousseau Vigne du Louis, this middle wine of his three Trousseau bottlings and, for me, pound-for-pound one of the Jura's great reds.

They both take that utterly weightless theme and expound upon it slightly differently, with the Vigne du Louis being denser, chewier, more firmly structured and more ageworthy.

For me, light, delicate reds like these occupy a very special space in my wine galaxy...there's really no substitute for the experience of something so understated, yet so profoundly engaging.