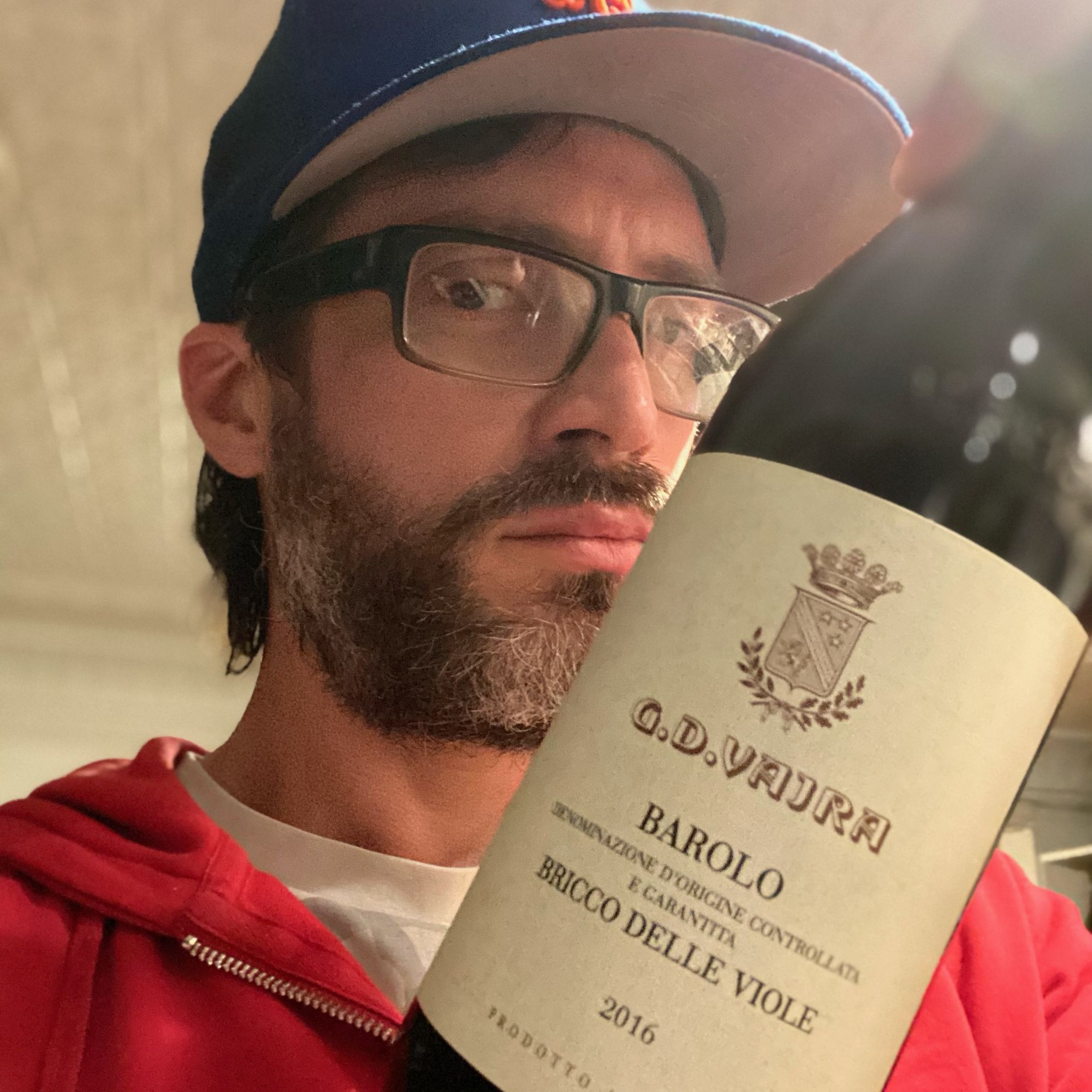 Giuseppe Vaira (yes, he spells it with an 'i') is one of the most genuine people you'll meet.  He's polished and articulate, yes, and is as good of a person as I could think of to represent the 'new' generation of Barolo.

While there are certainly other people in the region that would fit that description as well, with Giuseppe, there's something deeper about it.

As I wrote about last year, while chatting with him after an industry tasting he led which showcased the 2014 and 2015 vintages, the topic of the highly anticipated 2016s came up.

While one would think that most producers would be ecstatic to be releasing a vintage that would sell out almost instantly, he expressed frustration with it...and I immediately knew what he was talking about.

Not only would he have to deal with demand from every corner of the planet, much of it coming from people he only hears from in vintages like 2016, but the bigger picture of how 'great' vintages warp and ultimately diminish the entire experience of wine was what really bothered him.

Now, I'll say it again, 2016 is not hype - the wines are fabulous, and I hope to put away a few for myself if I can.  Does that mean, though, that they're the only ones worthy of attention?

Now, I'm not bringing this up to unpack that whole long-running argument again, but rather to illustrate what I find so genuine about both Giuseppe, and the Vajra wines themselves.  For me, there's nothing not to like about honesty and a brick-by-brick approach...building a solid foundation, rather than scrambling to the top of the ladder, only to find yourself wobbling in the breeze.

It's true that, over the last 5-10 years, Vajra has been one of the region's most ascendant producers, gathering more and more fans with each passing vintage.

However, it's been a very steady ascent.  Rather than stylizing the wines or chasing trends, they kept making honest, classic wines, confident in both their vineyards' quality and their approach in the cellar.

It's certainly paying off - the 2016s are flat-out stunning and the praise they're receiving is substantial.

The rich, muscular Barolo Ravera continues to be one of my secret favorites in the way it blends classic depth and balance into its strapping profile.

The second-ever release of the wonderfully fragrant and agile Barolo Coste di Rose, offers a nice contrast to the other two wines with its delicate, expressive, sandy soil-driven aromatics.  Its flowery, spicy and engaging nature grabbed my attention last year at the tasting, and it's even better here in '16.

Finally, there's the benchmark wine of Vajra, the classicist's classic, the Bricco delle Viole, a wine that, in any vintage, perfectly balances the structure, aromatics and depth that you look for in traditional Barolo.  In a 'classic' vintage like 2016, that 'elemental harmony' soars to even greater heights.

(Oh, and let's not forget one of Piedmont's greatest values, the Barolo Albe 2016 which, at $38, delivers a ton of legit Barolo personality at what is a vanishing price point in the appellation.)

So, yeah, these wines are great and, as happy as I am to offer them out to all of you, I'd be lying if I said there wasn't just a tiny bit of sadness in knowing that yet another benchmark vintage will catapult these wines even higher up the 'visibility' ladder.

And demand will only increase...

And availability will only decrease...

Luckily for us, we haven't hit critical mass just yet...