A couple of winters ago, I was on a trip through Northern Italy with Ernest Ifkovitz (the owner of PortoVino, an importer of fantastic Italian wines) and Mike Foulk (an importer whose wines you all enjoy plenty and also Ernest's distributor here in NY).  One afternoon, we arrived to have lunch in a great little restaurant in a tiny village high in the mountains of Lombardy that had one of those candy-store cellars of old Italian wine.

As we gleefully rummaged through the wines that were scattered all over the place, at one point Earnest yells to me from across the room 'Hey Matt, have you tried Franchino before?'

I looked up and he was holding a dusty bottle of 1996 Gattinara with a label I didn't recognize.

'Then we're having this with lunch,' he said.  He handed to the restaurant's owner and we sat down to eat. 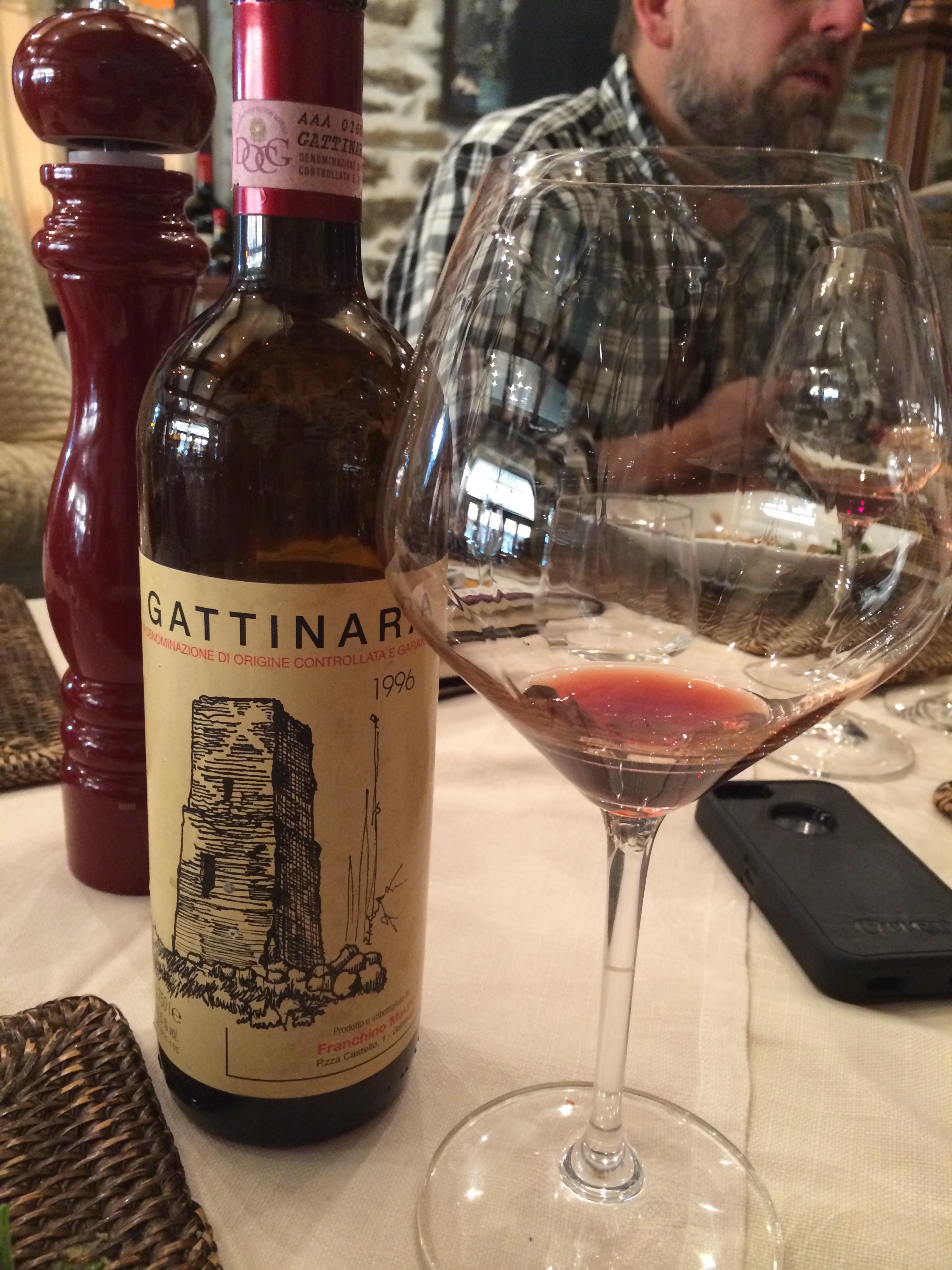 It was poured alongside a wonderful gnocchi dish with a creamy truffle sauce on it.  It was one of those situations where you take a bite, sniff the wine, take a sip and then you kind of fall back in your chair and get all misty.

Being nearly 20 years old, it was sublimely elegant and the subtle complexity was staggering.  It was the essence of mountain Nebbiolo, with fine aromatics, tons of secondary earthy nuance and a high-toned finish that readied your palate for the next bite.

We were all floored by it.

As we drove to the next winery, I kept saying 'Guys, call that Franchino guy...see if you can get his wines, I'll be all over them...'

So they did.  On the speaker-phone in Ernest's car, the conversation proceeded in Italian and, even though I don't speak the language, I could tell that Mr Franchino's response to an importer calling to excitedly discuss his wines was basically 'yeah...whatever...'

Fast forward to last Fall and, while he was here at the shop showing me some wines, Mike stopped and said 'Hey by the way, we got Franchino!'

Franchino makes a tiny (TINY) amount of Gattinara and, because they had only just struck a deal for it, there were just 2 cases for the country.  I got one and the other went to my esteemed competitors on Chambers Street.  Pretty good company, I thought.

Since I had so little, it was immediately diced up and sold to my most fervent mountain Nebbiolo customers, one of which opened a bottle at Chelsea Wine storage and shared it with a few people.

For the next week, I had to give disappointing news that the Franchino was sold out to the numerous people who called and had heard about how amazing it was.

So, here we are a year later and, while there's certainly not a lot to go around, I have enough of the lovely 2009 to make an offer to all of you.

While the 2008 was all about elegance, fine structure and minerality, the 2009 is a bit more open and lush and, while it's going to get a lot better with age, it's drinking beautifully already.

Gattinara as a category is really emerging.  Producers like Antoniolo, Nervi and Vallana have many devoted followers and are making new friends by the day.  Franchino, I can say, is the truly hidden gem of the region and, if you ask me, it's only a matter of time until this fantastic wine becomes a sommstagram unicorn (i.e. Clos Rougeard, Sandlands, Ulysse Collin, etc.).

Get it while you can.