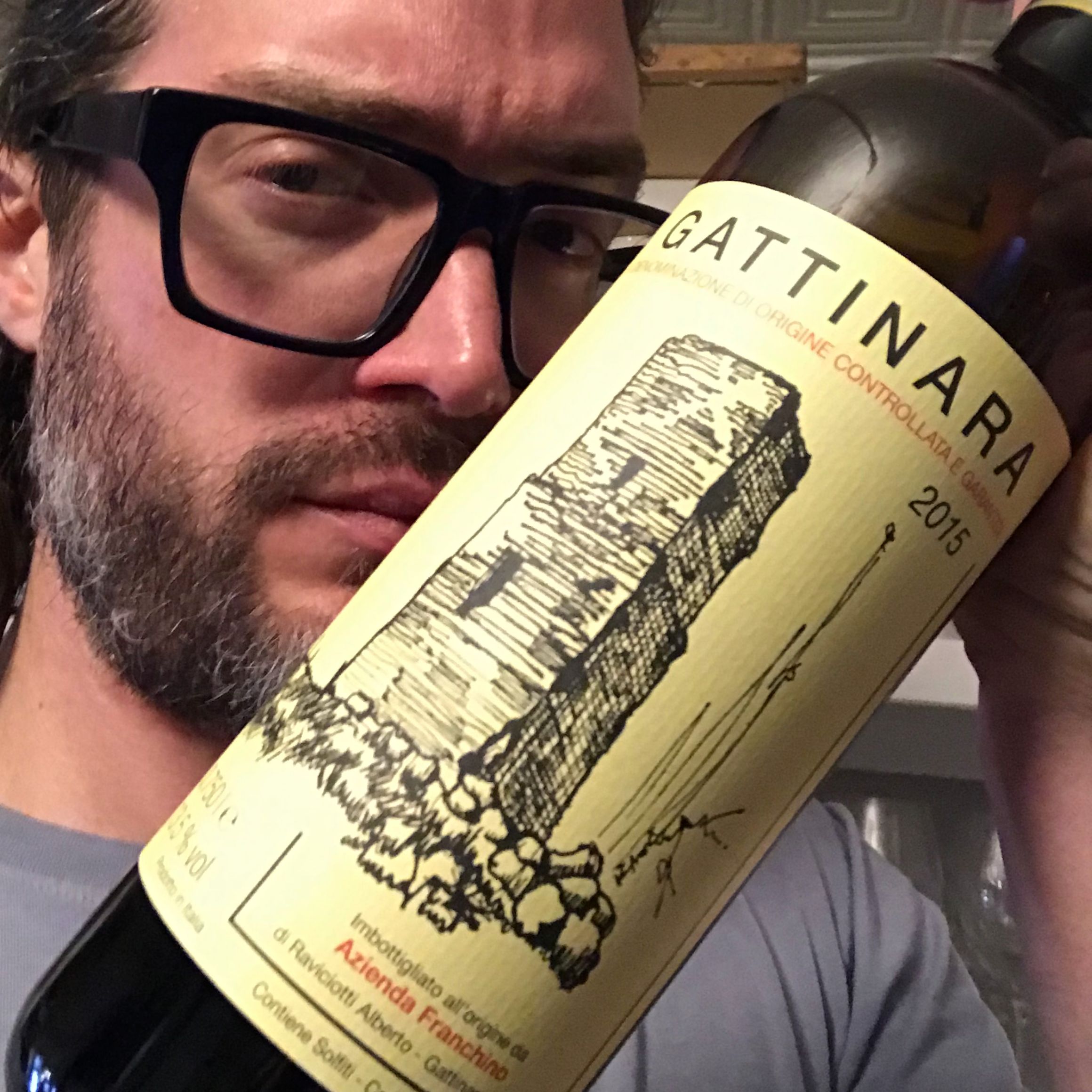 Back in September, while I was knocking around Italy for a week with the same group of guys from MFW (Mike & Jason) and Portovino (Ernest) that I was with in 2014 when the whole Franchino 'discovery' happened (read about it here if you're new), we had just finished a day of Vespa-ing up the Apennines, and were having dinner at Mutiliana (a wonderful producer of Sangiovese di Romagna whose wines I have to tell you about sometime soon) with Giorgio Melandri, Gambero Rosso writer turned winemaker, who's now leading the estate.

Prior to the trip, I had encountered a few old bottles of Franchino Gattinara from a supplier that I know in Piedmont and asked that they be shipped to Ernest's office in Italy, so that we could enjoy them together on the trip.

After a wonderful meal around Giorgio's whites and reds, Ernest said 'Matt, should we open some of the bottles you sent?'

I think before he finished his sentence, I was already out the door and bound for the van where the bottles were.

I opened the box and pulled out a bottle of 1961 and 1966 Gattinara and scurried through the cool, drizzling mountain air, back into the warm tasting room.

Two decanters and a wine key were waiting on the table.

Upon inspection, the 1966 bottle was the Franchino we know, with the beautiful yellow-ish label bearing the sketch of the tower of Gattinara on it.  The 1961, however, wore a more basic label with the name 'Ernesto Franchino' at the bottom.

After a quick inspection of the levels and color, I pulled the corks and decanted the wines.

Long story short, they were both fabulous wines, the 1961 being perhaps a bit fuller and more straightforwardly enjoyable, while the 1966 was gloriously fragrant, lively and loaded with nuance and quirky character.

(Ernest called Franchino the next day to ask him about the 'Ernesto' bottling, and he told him that it wasn't one from their estate, but rather was likely a family member who decided to bottle some purchased juice himself.)

We were all struck by how well the 1966, which by all accounts was a very 'challenging' vintage for the

region, performed...but, then again, it was a Franchino.

For me, though, being the one who's hyped Mauro's wines in this newsletter for the last six years, it was less of a 'surprise' about how wonderful the '66 was than it was a sense of satisfaction...

...satisfaction in knowing that a 50+ year-old example of Franchino from a...'non-good' vintage, and from a time when less care and knowledge went into the winemaking, was still so engagingly delicious.

If and when the bottles I've been selling all of you reached maturity, they were going to be true stunners.

So, on to today's offer, Franchino's substantial and structured 2015 Gattinara, another classic, if brawny expression of his bright, ultra-pure, red fruit-driven style.

This '15 is definitely a bit of a bruiser - it's easily the most firmly structured young Franchino I've had the pleasure of encountering.  On the nose, there are hints of the aromatic brilliance I've come to expect from this wine, but on the palate, the nuance is locked tightly inside an almost Barolo-like structure.

At its core, though, the beautiful, radiant nature of Gattinara...of Franchino's Gattinara...shines brightly, and, sometime far in the future, it's going to be wonderful...

...and you'll be sharing it with some gushingly grateful friends who all wished they'd 'known about Franchino way back when'...

...and, as you lose yourself in the soaring aromatics and infinitely pure nuance, you'll quietly realize what a wine-buying genius I made of you...