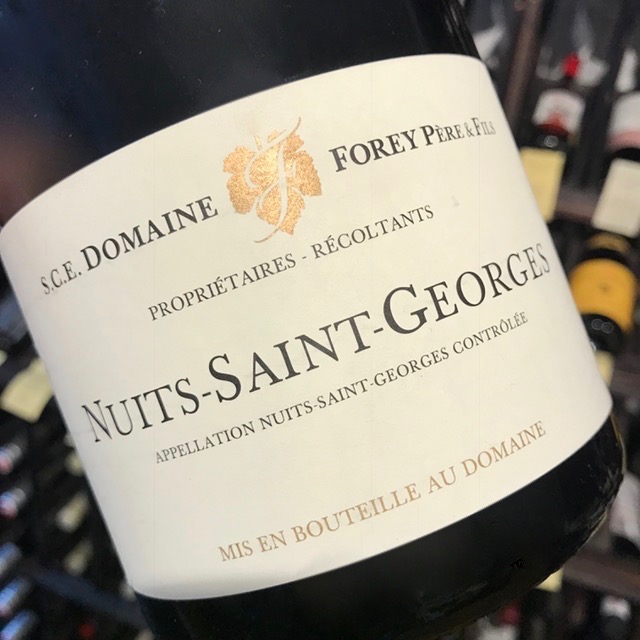 I'm just going to start this out and say right off the bat that Regis Forey's wines have been favorites of mine for a long time.

Their cool, pure, highly floral style is, for me, one of the more pleasant experiences in the Cote de Nuits.

He's got great 1er Cru holdings in Nuits, Morey and Vosne, plus two Grands Crus as well, but those wines really need little intro and, like all great Burgundies, most of them have already sold out to my longest-running Forey customers.

SO, what I'd really like to talk about is something else that, for me, really sets producers like Forey apart from many others - the fact that his village-level wines are fabulous and can be, pound for pound, as rewarding as many other wines that command a lot higher prices.

Here's a great example of what I'm talking about -  back over the holidays, we had a nice little lot of magnums of Nuits St Georges 2002 and Vosne Romanee 2001 here in the shop.  They were priced very attractively and, given the season, where many folks are looking for good stuff, especially in magnum, they sold out rather quickly.

However, I was able to snag one '01 Vosne for myself that we drank on Christmas day and it was a stunner!  It took a good 3 hours at least of uncorked time to get itself into form, but once it did, the deep, spicy, exotic red fruits that Vosne is so known for were on full display.

It was a perfect pairing with our spiced goose.

Now, it would be incorrect to say that most producers totally mail it in on their villages wines, but it would be just as false to say that everyone gives them as much attention and commitment to quality that someone like Forey does.

In fact, I think that consistently producing quality, ageworthy and affordable village-level wines is one of the true hallmarks of a great producer.

1ers and Grands Crus are rightfully the most sought-after bottles in any lineup, but Burgundy fans who really know the game understand that there's plenty of enjoyment to be had at the village level if you know where to look...

...and today I'm imploring you to look below!

(And there are also two 1ers available...)