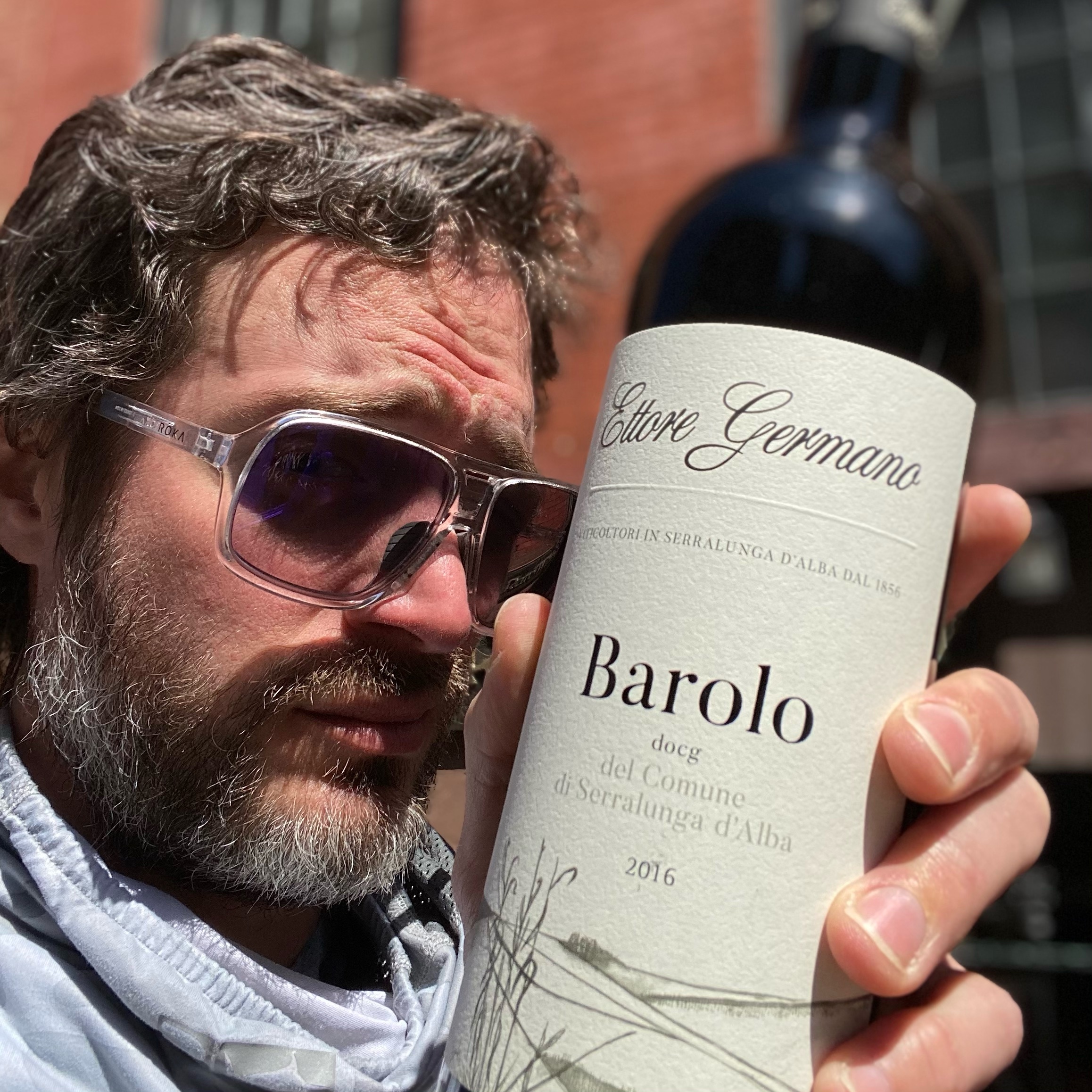 With most of the 2016 Barolo now fully on the market, we’re firmly into the period of a Barolo release where most people are both thinking about the next vintage and/or replenishing the piggy bank with their eyes on the big time ‘Riserva’ wines that will trickle out over the next two years.

However, there are still a few producers who do the really old-fashioned thing - release their wines later than everyone else does.  Whether it's because they aren’t as burdened by the financial realities of the modern wine market, or they’re just beautifully stubborn about doing things their own way, the wines get released a year (or more) later than the rest of the pack.

Sergio Germano, of the Ettore Germano estate, is one such producer.  While his wines have steadily been gaining momentum in terms of esteem over the last decade, he’s still not nearly as ‘on-the-radar’ as many of his peers, even ones whose QPR aren’t nearly as high as his.  His choice to release late perhaps plays into the off-the-radar-ness, and I would also reckon that his relatively small production size plays another role in that, as well.

Whatever the case, today’s Barolo 2016 Commune di Serralunga is, at once, a great example of Germano’s style, his quality and the firm, crystalline beauty of the 2016 vintage.

And, at today’s special pricing, it’s also an example of the great value his wines represent.

On top of all of that, it fits perfectly into an oft-overlooked, but very important slot - the showing-beautifully-now-but-will-improve-over-a-decade slot, that is.

This pure, bright, focused, aromatic and subtly-but-firmly-structured Barolo is a 2016 through and through, and cracking one tonight will be a greatly rewarding experience, should you choose to.

But, unlike some of the other ‘drink ‘em young’ values out there, which get only marginally better over time, this sprightly little wine, if given 3-5 years, is going to put on even more nuance and depth, and will easily keep improving for the rest of this decade.

(Let me clarify that this is NOT a 'drink now' wine in my book, but it is very enjoyable already.)

So, there’s not a lot to not love about this one -

- it’s got a nice early, yet decently long drinking window

- it’s going to get better over the next 10 years

Something about how ‘you don’t have to spend a lot to enjoy the experience of cellaring wine’...??

(And, even if you do spend a lot on cellaring wine...you still need wines like this in that cellar...)

So, even though it’s a year later than most...it was definitely worth the wait...