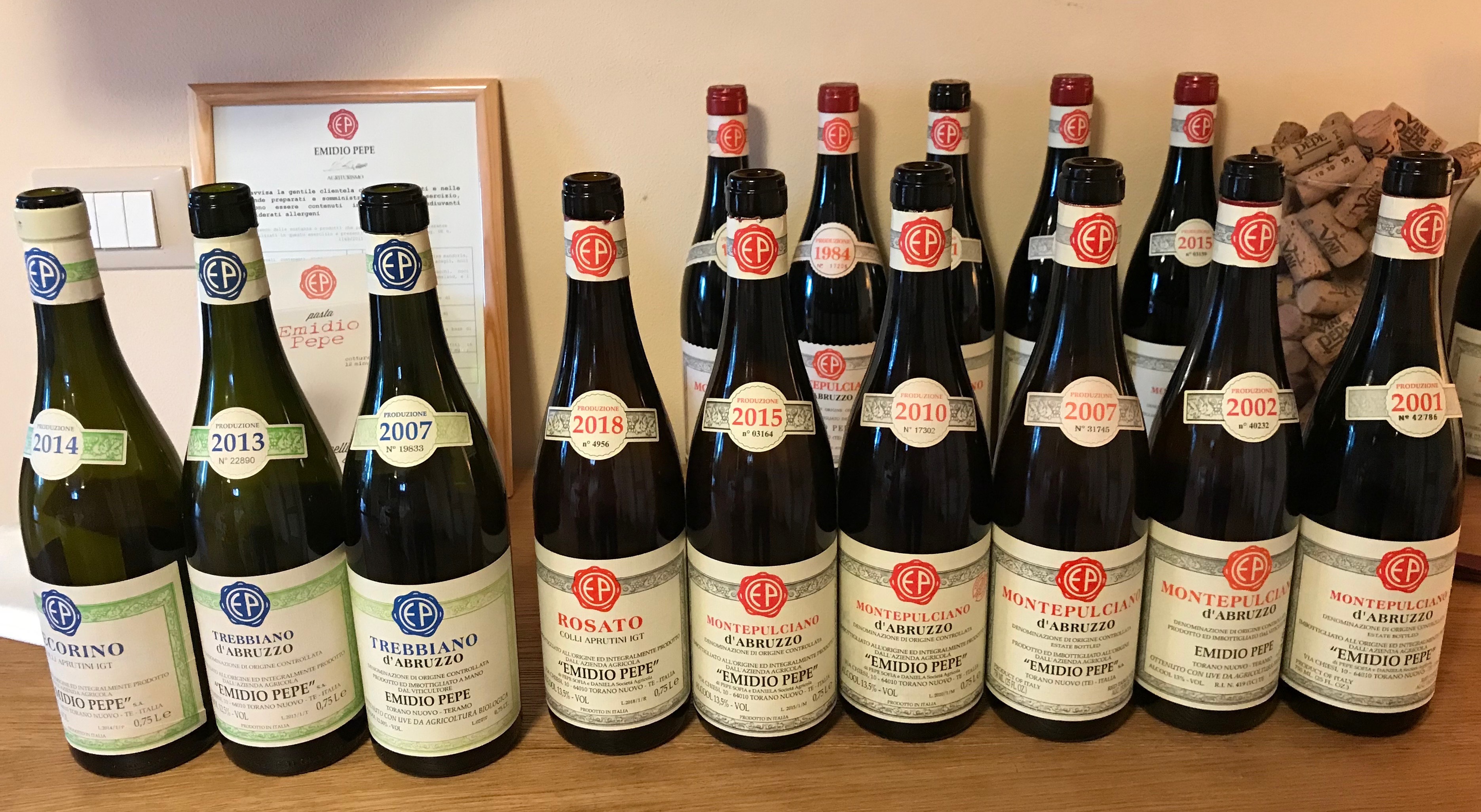 I've offered out Emidio Pepe many times over the years and, while you may think that there's not much left to say about the man and his wines, you should probably think again.

The reins of this legendary estate are in the process of being handed over to the next generation(s) of the family, and, while standing in the cellar among all of the old bottles that Emidio made may tempt you to look backward, seeing and hearing Sofia and Chiara in action will make you want to look forward even more.

While 'Grandfather' (as Chiara lovingly refers to him) still has a on eye on every step of things, Sofia (now in charge of the winemaking) and Chiara (up until now, the globetrotting ambassador for Pepe, but soon-to-be a enology student in Burgundy herself) have every intention of keeping the soul of Pepe alive, while perhaps allowing for the occasional 'interpretation' of Emidio's rules when the situation requires it.

We tasted through some of the recent wines which aren't slated to be released to the international market for quite some time, but they offered plenty to look forward to.  They showcased, as always, the fine balance between delicate refinement and deep structure that allows these wines to evolve over decades.

While it was certainly great to actually stand in the aging room, or at the decanting table or experience any of the other famous Pepe scenes that I've seen so many pictures of over the years, what truly made this visit special (for me at least) was lunch.

Typically, lunch at a producer's place is a smaller affair where you're joined by a few key people from the team.  On this day, however, we were seated around a large table, intermingled with close to twenty members of the Pepe clan, covering three generations between them.

It felt like we were part of the family.

(We were certainly being treated that way.)

There was salumi, cheese (some of it fried), bread, estate olive oil, fried stuffed olives, Mazzarella (which is not a cheese, but lamb organs stuffed in a grape leaf tied with intestine and is way tastier than it sounds), Lasagna, then Spaghetti alla Chitarra with the most perfect little Polpette you've ever seen...all the while, glasses of various vintages of Trebbiano, Pecorino and Montepulciano were being poured one after the other.

Chiara even poured us some of their Cerasuolo, the rosato of Montepulciano that Abruzzo is famous for.

She also promptly told us that we needed to 'forget about the Cerasuolo' as soon as we were done drinking it because it's only made for the team to enjoy during the harvest.

It was clear that any requests for 'just a little bit', would be met with a stern look at best.

It was only after I caved and said yes to, and proptly comsumed, a second helping of Spaghetti that I remembered that (of course) there was going to be a meat coming.


The tiny little nuggets of lamb that did arrive a few minutes later were so good and earthy that I couldn't resist.

(Plus, the platter was let right in front of me, so what was I supposed to do?)

Right around that time, Chiara finished a thought by asking if there were any other vintages of Montepulciano that we'd especially like to taste.

It was silent for a moment, and then I blurted out a '1990 (cough cough)' as a joke, but Chiara's face quickly lit up.

'Matt, this is my favorite vintage!'

With a newfound excuse to open one (after Sofia approved, of course), she disappeared and quickly re-emerged with a bottle.

Since most of the rest of the table had since thrown in the towel, the knowledge of how well the powerfully savory lamb went with the perfectly harmonious 1990 Montepulciano was mostly mine to cherish.


Please note that these are importer stocks coming straight from the cellars of Pepe.  I'm aware that there are bottles floating around the market with pricing all over the map, but these have sat nowhere besides the aging room at Pepe and the importer's warehouse.