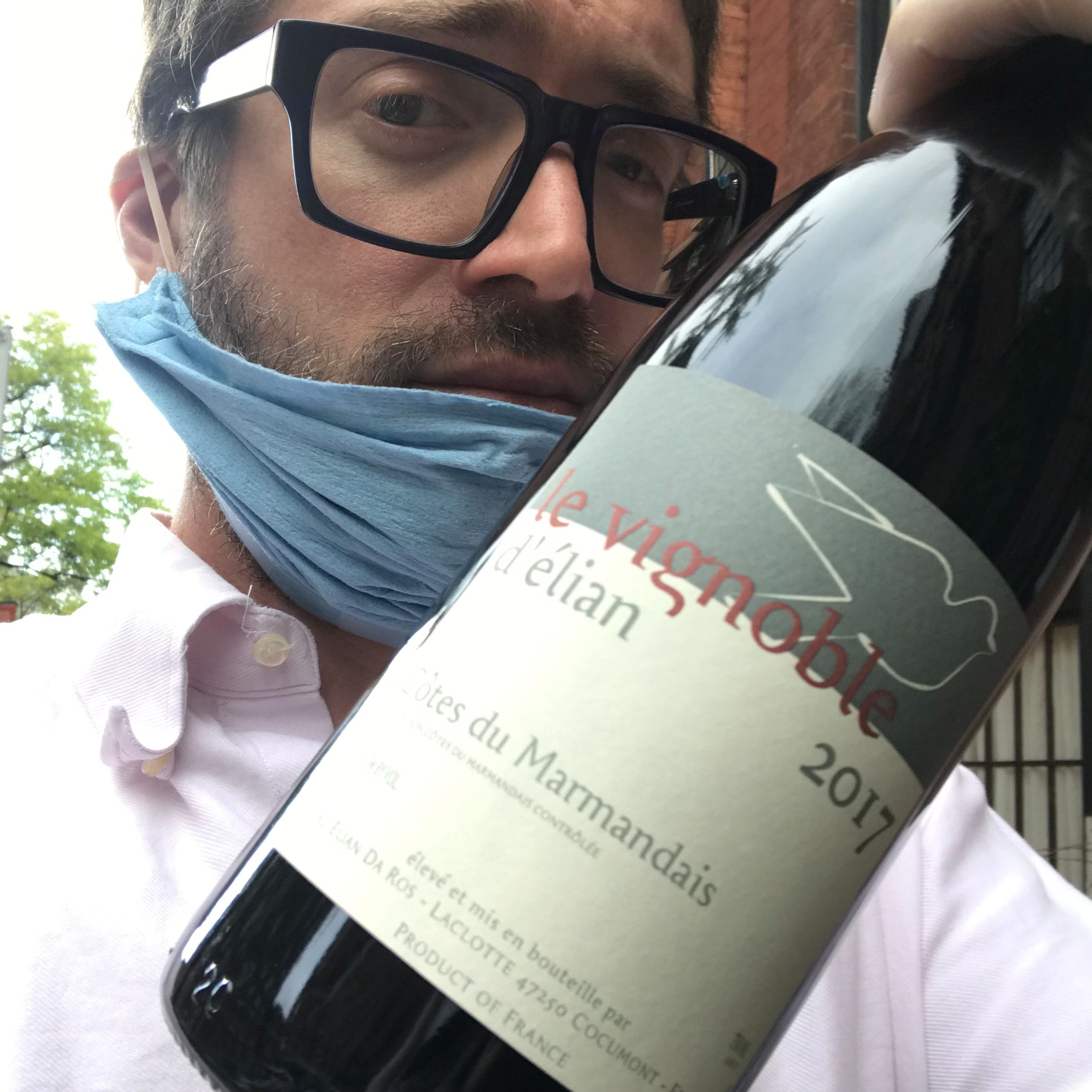 Elian Da Ros: New Releases from Our Favorite Star of the Southwest

The wines of Elian Da Ros hold a very special place here.  There are a number of reasons for that, I suppose, but first and foremost, it's because they're just plain delicious.  Even with their current 'Tariff Reflective' pricing, they way over deliver...like by miles.

There's also something so cool about his story, though, and it's one that has been told many times over the years when discussing how some now-legendary winemakers became...well...legends.

I don't mean to jump from A to Z, if you will, and say that the name Elian Da Ros will someday be spoken in the same sentence as, say, Biondi Santi or Emidio Pepe or Alvaro Palacios...just to name a few...but it's a familiar story -

C) Refuses to give up on the notion that World-Class wine can be produced there, and

D) Returns home to prove them all wrong.

Then, in all those other cases, the 'E' would be 'succeeds in producing World-Class wine which, when finally discovered by the greater wine world, proves them all wrong'.

'F', I suppose, would be 'inspired more young winemakers to move to said terroir and, through their inspiring work, furthers the standing of said region on the world stage until 'G' world-famous winemakers from other 'famous' regions descend on it.

Am I saying that Christian Moueix or Jeremy Seysses will be bottling Cotes du Marmandais in the future?  Not specifically, but nobody thought that Angelo Gaja would be buying property on the side of a volcano in Sicily, either, but, yet...here we are.

So, anyway, after working for five years at Zind-Humbrecht in Alsace and subsequently returning to his home region in 1998 to become the first producer there to bottle an estate wine bearing the name Cotes du Marmandais on the label, Elian has already accomplished A through D...in my humble opinion, at least.

And, judging by the way you all have bought and re-bought them, vintage after vintage, and asked about them non-stop during the gaps while we wait for the next releases, I think he might be on the way to step 'E' very soon.

So, whether or not, in his twilight years, he'll be a revered regional hero the way Pepe is, remains to be seen, but I think it's safe to say that, at the very least, he's doing some fabulous stuff, and it makes me happy to know that we've been helping his cause all these years.

With all that self-satisfaction out of the way now ;)...let's talk about the wines on offer today.

Every time his entry-level Vin este une Fete, a blend of the native Abouriou with Cab Franc and Merlot, is on the shelves, it always vies for the title of '#1 Seller', both in terms of volume and sheer enthusiasm.  This herbaceous, fragrant, flavorful0-yet-nimble wine has so much to like.  Ultimately, the best way to characterize this (and the other three reds here today), is that they drink like a less-polished, less...genteel version of a Bordeaux...and that gives them such wide appeal because they're familiar and outgoing, but also have enough eccentricity to draw in the geekier crowd, as well.  And the Fete makes all of that possible as a fairly-priced gateway wine, if you will.

Then, there's the Vignobles d'Elian, the darker. more intensely herbaceous/mineral blend of Cab Franc, Merlot and Syrah that, if pushed, I would say is my pound-for-pound favorite.  This 2017 keeps that trend alive with its brawny, but infinitely engaging profile - the Syrah brings a touch of savory wildness to it.

Finally, there's the top, vin de garde of the lineup, the Clos Baquey, a deep, structured and wildly complex blend of Cab Franc, Merlot, Abouriou and Cabernet Sauvignon.  I might say...no...not 'might', do...I do say that this brawny, deep and generous 2015 might be the best Baquey we've sold yet in terms of universal appeal and, someday...if that hypothetical scenario I concocted above actually happens, the Baquey will be the wine on which the Da Ros legend rests.  And this 2015 might be one that gets the wheels in motion.

So, there you have it - all of you longtime Da Ros fans can rejoice and to all of you newcomers who've yet to experience a Da Ros offer...well...